Get excited: Alexachung.com drops 30 May

First a fashion model, next a television presenter, now a designer: Alexa Chung is set to launch her very own fashion label on 30 May

5 CW readers are interested
Get excited: Alexachung.com drops 30 May Get excited: Alexachung.com drops 30 May Maud McCaffrey
Alexchung.com launches on 30 May and it already looks everything we'd expect from the darling of the British fashion scene. The teaser video contains a horse, Chung herself, white jeans and a pie crust collared shirt – not a far cry from the Peter Pan collars for which the model-turned-designer is famous.

After a career that has seen her flit from fashion model to television presenter to seven-year contributing editor at Vogue, Chung has turned to fashion design. The end of this month will see the launch of her very own line – Alexachung.

Having worked under the guidance of another brand in these instances, Chung is ready to enjoy total creative autonomy over her personal line. She told style news site the Business of Fashion that she is excited to be free of the prescriptions of ‘someone else’s brand’s brief to stick to’ where you ‘have to keep within their design remit’. If her own style is anything to go by, expect an eclectic mic of Victorian shirts, cutesy ankle socks and schoolgirl satchels.

Does muse and style icon equal designer? Chung's journey beyond mere 'it girl' status has attracted no shortage of barbed remarks and rolled eyes. Her foray into literature with 2013 book It encouraged reader to 'look in a mirror after you get dressed in the morning' (duh) and explained how to take the perfect selfie. Let's hope her new role as designer is more original and insightful.

With sell-out lines for Marks and Spencer and AG under her belt, Chung has practical experience as a fashion designer to bolster her star appeal.

Still sceptical? Remember when Victoria Beckham decided to follow up a solo pop career with her own fashion brand, well look how that turned out.

Alexachung will be available on its own website, as well as from high-end retailers including Selfridges and Matches Fashion. 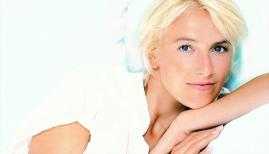 Vanessa Bruno interview: the Parisian gives us a dressing down 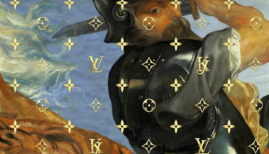 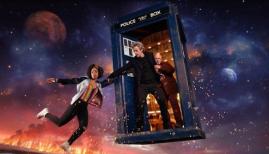 Doctor Who returns, BBC One 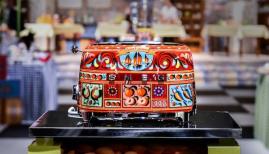