Dance Reflections by Van Cleef & Arpels is an initiative of the eponymous French high-end jewellers, which has long had a close association with dance. This, however, is its first festival of contemporary choreography, and London is its first host city.

For two weeks in March, Sadler's Wells, The Royal Opera House and Tate Modern will welcome 17 modern and contemporary dance performances dating from the 1970s up to the present day, The festival's values are creation, transmission and education, meaning that it highlights the creativity of dance artists, and the way in which work has evolved and been passed on from one generation to the next. As well, if offers audiences an opportunity to learn while enjoying the work on offer.

It's impossible to include all the works in this preview, but here are some that caught our eye:

One example of the way in which this festival will illustrate the transmission of work from one generation to the next is the work of Ruth Childs to breathe new life into the choreographies of her aunt, the post-modern dancer and choreographer Lucinda Childs. 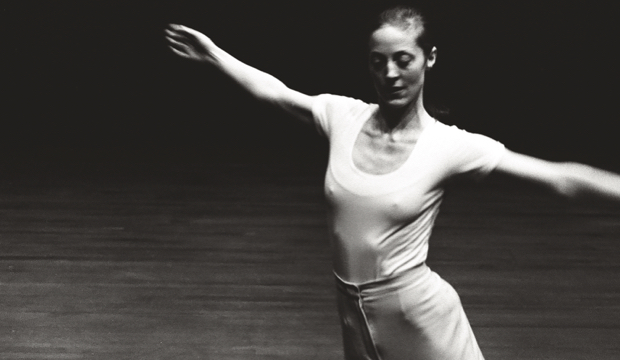 In 2015, Lucinda Childs passed down three of her solos to her niece. Now Ruth Childs brings a second selection of her aunt's works from the 1970s to Dance Reflections by Van Cleef & Arpels: Calico Mingling, Katema, Reclining Rondo and Particular Reel will be performed by Ruth Childs and three other dancers at the Royal Opera House's Paul Hamlyn Hall.

The French maverick Boris Charmatz is familiar to London audiences. He brings a couple of new works to the festival: Somnole, which explores the feeling of being on the verge of sleep, and Infini to be performed in a radically altered Sadler's Wells main theatre, reconfigured to offer an intimate space with room for only 400 spectators. Prepare to be challenged.

Anne Teresa de Keersmaeker and her company Rosas perform Mystery Sonatas to a score by Franz Biber at Sadler's Wells, exploring the geometrical richness of the music in a choreography for six dancers; as well as Fase, Four Movements to the Music of Steve Reich, to be performed in the Linbury Theatre.

Particularly intriguing is Save The Last Dance For Me. 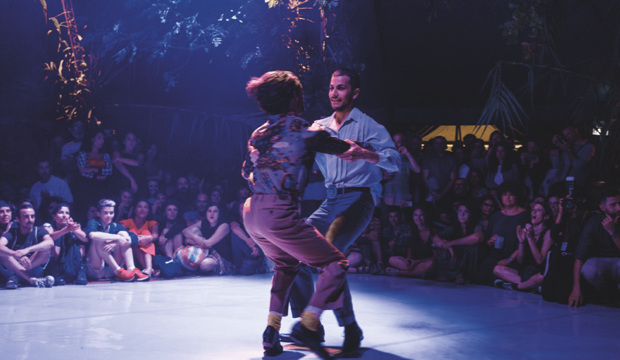 Save the Last Dance for Me by Alessandro Sciarroni. Photo: Claudia Borgia/Chiara Bruschini
In this piece, performed in the ROH Clore Studio, Alessandro Sciarroni works with dancers Gianmaria Borzillo and Giovanfrancesco Giannini using a Bolognese dance step known as 'Polka Chinata'. This is a courtship dance dating back to the early 20th century and originally performed only by men. This work was created by studying unearthed documentary videos from the 1960s and sounds hugely exciting.

These are just some of highlights of Dance Reflections by Van Cleef & Arpels, but don't let this limit your choice. We urge you to explore the rich and varied festival programme to find the performances that most appeal to you and then approach them with an open mind.