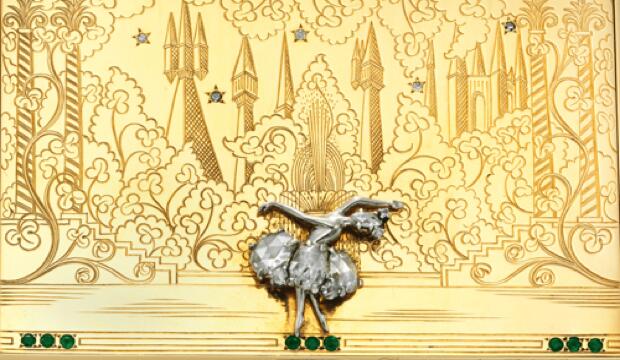 Van Cleef & Arpels Raymonda Powdercase 1945
The French Maison of Jewellery Van Cleef & Arpels has had a special relationship with dance from its very beginnings in the early 20th century. The founders were passionate ballet-goers and strove to forge a link between dance and jewellery. 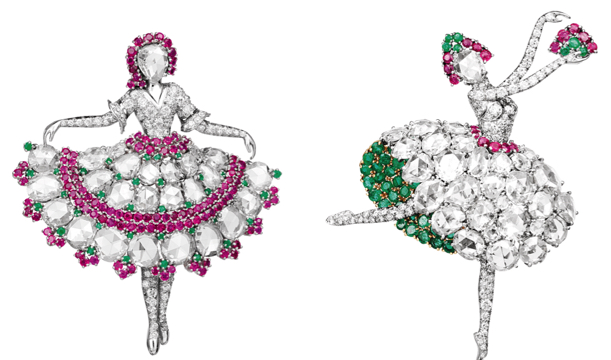 Van Cleef & Arpels’ ballerinas became one of the Maison’s signature lines; one of George Balanchine’s most beloved ballets, his 1967 Jewels, inspired by a Van Cleef & Arpels New York vitrine, reinforced the bond. Over the years the Maison has taken the connection further, for example, with the creation of the FEDORA Prize for Ballet.

And now the Maison has launched its first celebration of choreography, Dance Reflections by Van Cleef & Arpels, a festival which will take place in three London venues – Sadler’s Wells, The Royal Opera House and Tate Modern – from Wednesday 9 to Wednesday 23 March 2022.

Culture Whisper sat down with Nicholas Bos, President and CEO of Van Cleef & Arpels, and Serge Laurent, the Maison’s Dance and Cultural Programme Manager, to hear more about the festival, but first we asked Nicholas Bos to tell us about the Maison's unique marriage between dance and jewellery.

‘We are working in jewellery, precious stones, diamonds, gold…by nature they last for ever, but by nature they are very difficult to transform and to shape.To manage with these materials to get the feeling of lightness, of movement, of fragility, of transparence, is a challenge: if you manage to create a butterfly that looks almost real, or almost as if it was going to fly, or a flower that looks as colourful as a real flower, but that it will last forever because it’s made of precious stones, that is the ultimate call of the jeweller.

‘Great jewellers, whether they choose a flower, or a butterfly or a dancer, movement is really part of what you want to express. The Arpels family personally loved opera and ballet, and brought that idea of representing ballet as another form of representation of movement alongside the flowers and the butterflies.’

The link established, we sought to hear more about this festival of contemporary choreography. What is the overall theme of Dance Reflections by Van Cleef & Arpels, we asked Serge Laurent:

‘The idea was to give the audience another view of dance from the 70s up to now. And it was very important for me to emphasise this option, because sometimes people can discover a dance piece from a young choreographer and they wonder what is it about? And I think it’s very important to give people a genealogy: history is very important because in the 20th century there were a lot of changes in dance – classical dance, modern dance, post-modern dance.

‘And why the 70s? It’s because there was this revolution in America with people like Trisha Brown, and they opened new territories. 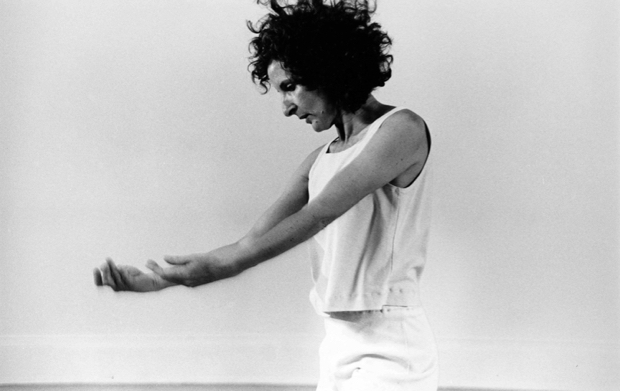 ‘They decided to erase all codes of dance, everything would be dance. For example, me talking to you doing this movement,’ he says, opening one arm in a startlingly elegant gesture, ‘I’m dancing! A regular movement can be part of a choreography. So this opened such creative territory for dance, so it’s what I would like to present to our audience through this choice of works.’

The choice of works was a truly collaborative effort between Laurent and his counterparts in the three London venues. As Nicholas Bos wanted to emphasise,

‘We don’t come with a chequebook and a programme and say, “take it or leave it.” We come with a philosophy: as a company the idea is to bring resources, to bring ideas, to bring some curatorial suggestions, but also to learn from them.'

'With Alistair [Spalding, artistic director and CEO, Sadler’s Wells] I told him about my ideas and said to him, “so, Alistair, what would be yours?’ And this way we programmed Serafine1369. I’ve never seen the work, but I know that working with Alistair that could be something I would be seduced by.

‘When I approached Tate Modern I had a very specific idea: I really wanted to present a project with Boris Charmatz. 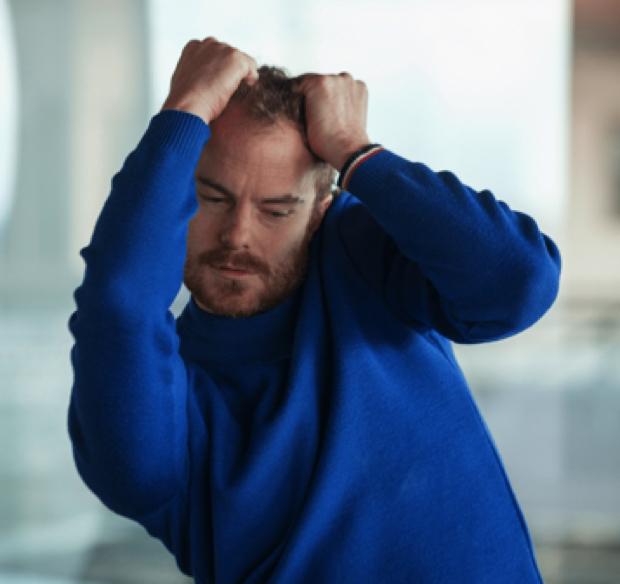 ‘And I said, I want to do this with Boris Charmatz, he can do something all over the Tate, it’s going to be incredible. And the director of exhibitions at Tate Modern [Catherine Wood] said to me, “you know, Serge, it’s not working like this with us”,' he laughs.

‘She said, “we want to be consistent with the rest of the programme, so we have to combine your choices with our choices in terms of exhibitions and so on".'

Both Sadler’s Wells and Tate Modern are known for their experimental programming; the Royal Opera House less so. Nicholas Bos thinks Dance Reflections by Van Cleef & Arpels offers the ROH an opportunity to, as he puts it, ‘wander a bit outside what’s expected of them without having to include it directly in their own programming.'

Both the Linbury Theatre and the Paul Hamlyn Hall will host the ROH events in this festival.

For two whole weeks, Dance Reflections by Van Cleef & Arpels will pack its partner London venues with international choreography. Dance aficionados and culture vultures will relish its sheer abundance; but how are ordinary theatre-goers to navigate their way through this plethora of mostly unknown work?

Serge Laurent says: ‘We invite people to be curious. In fact, I would like people to come open-minded with no a prioris, and feel things. I don’t think the people coming to the festival will like everything, but we will be giving them an opportunity to have an idea, and if they want to focus on this we can help them.

‘You are doing something you believe in, you open the doors, you give people the freedom to discover, and after that it’s up to anyone.’

Full details of the festival here . For venue programmes and details, consult the websites of Sadler's Wells, The Royal Opera House and Tate Modern.