Ukrainian and UK-based ballet dancers shared the stage at Sadler’s Wells in a one-off glittering, if uneven, gala

Sidelined by injury, Putrov was unable to join his cast of Ukrainian soloists currently performing around the world, dancers of the Ukrainian National Ballet making their UK debut, and leading dancers from The Royal Ballet and English National Ballet.

The programme, performed at Sadler’s Wells, started with the world premiere of A/I, by the former Royal Ballet dancer, now choreographer Ludovic Ondiviela. A/I started life in a previous Putrov gala as a short duet between a human, danced by Ivan Putrov himself and a robot, the Royal Ballet’s Matthew Ball.

That, unfortunately, is where it should have stayed. The expanded work, riffing on Ondiviela’s fascination with artificial intelligence and the consequences of its increasing use in our day-to-day lives, is a disjointed mish-mash of robotic dances, which ends abruptly and leaves us totally befuddled. A human couple wander into a robot factory; the girl, Mayara Magri, falls for the chief robot (and who could blame her, since he is danced by Matthew Ball?), but despite his ability to mimic human gestures, he remains a robot, and she has to return to Leo Dixon (not a bad option…). 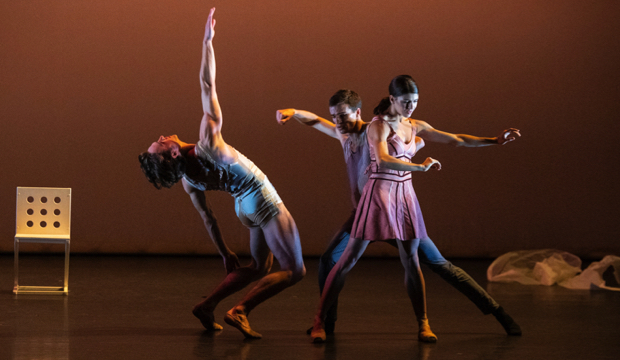 After this things could only get better, and they did, intermittently.

Part two offered a glimpse of some of Ukraine’s star dancers. Black-clad Denys Cherevychko (Vienna State Ballet first soloist) found his feet in a spirited interpretation of part of Hans van Manon’s Five Tangos, to music by Astor Piazzolla; a much better display than his uncertain partnering of a regal Mayara Magri in the Russian choreographer Victor Gsovsky’s Grand Pas Classique.

American Ballet Theatre principal Christine Shevchenko gave us her own intense interpretation of The Dying Swan, and was a fiery Kitri, making short work of the technically demanding choreography for the final pas de deux of Don Quixote. She was ably partnered by The Royal Ballet’s charismatic César Corrales, who gave us a rousing, if a touch mannered, bravura display.

Yulia Moskalenko and Volodymyr Kutuzov offered some respite from the technical fireworks with the flowing pastoral duet Forest Song by the Russian choreographer Vakhtang Vronsky. 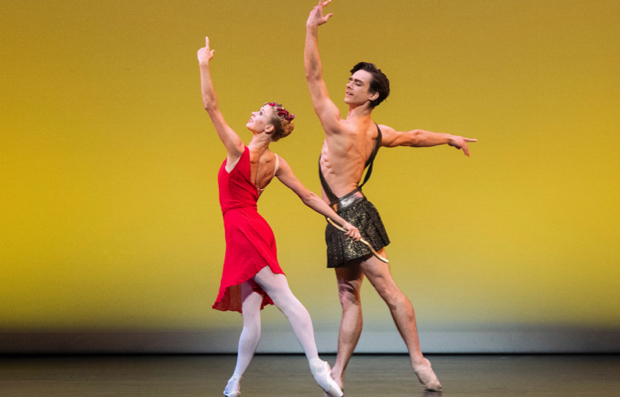 …as did the vigorous acrobatics of Cossack dancing in Gopak, performed by Daniil Silkin, Vladislav Bosenko and Maksym Bilokryntskyi.

Le Corsaire came as the original pas de trois, rather than the usual gala pas de deux, where the athletic Olesia Shaytanova (Lithuanian National Ballet principal) was partnered by Matthew Ball and Leo Dixon, the latter cast against type.

And the former Royal Ballet soloist Fernando Montaño returned to the stage in a creditable performance as the warrior Solor in La Bayadère, ably steadying the nerves of Anna Muromtseva as an uncertain Nikiya.