She was the muse of the Royal Ballet’s founding choreographer, the very English Sir Frederick Ashton; and in the latter part of her career formed an internationally acclaimed and unrivalled partnership with Rudolf Nureyev.

At the height of their fame in the 1960s, Fonteyn and Nureyev were international celebrities. Their performances elicited ecstatic standing ovations with seemingly never-ending curtain calls. Everywhere they danced, fans queued for days for their tickets.

Margot Fonteyn was born 100 years ago this year, in Reigate, Surrey; and upon joining what was then the VicWells Ballet (the Royal Ballet’s predecessor) aged 16, she changed her name from the prosaic Peggy Hookham to the more artistic Margot Fonteyn, with its slight touch of the exotic.

She was, nevertheless, the quintessential English ballerina. Her technique was assured, but there was so much more to her dancing. She possessed an ability to convey devastating emotion without histrionics, a delicacy, and a presence that grabbed audiences from her very first steps.

Margot Fonteyn brought something special to so many roles: she was a fleet-footed Aurora in Sleeping Beauty, the water nymph who tragically looked for love on earth in Ondine, a role created for her by Ashton; an affecting Juliet, going from childish play to tragic love in MacMillan's Romeo and Juliet; the consumptive courtesan Marguerite opposite Rudolf Nureyev in Marguerite et Armand, Ashton’s version of The Lady of the Camellias… 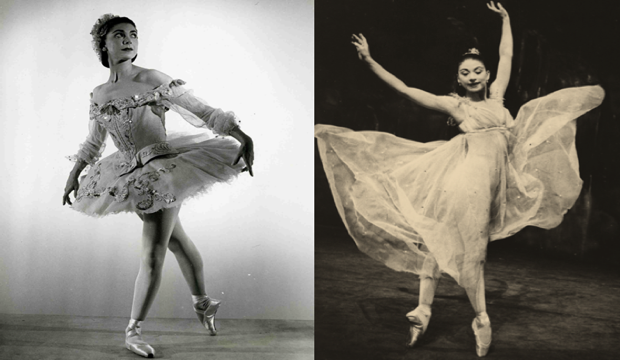 Now, to mark the centenary of her birth, The Royal Ballet has chosen one of her signature roles in Fokine’s The Firebird.

This colourful one act ballet which draws on a Russian fairy-tale, will be performed alongside a selection of works closely associated with her long and illustrious career, in what the director of the Royal Ballet, Kevin O’Hare, described as ‘a privilege to honour our Prima Ballerina Assoluta with this one-off performance in her centenary year.’

As well, there will be a free exhibition of Margot Fonteyn related items from the Royal Ballet’s archives and a series of Insight programmes analysing and celebrating her legacy.

CAUTIONARY NOTE: The box office for all these events opens on 3rd April and tickets will sell out very quickly. If you’re interested, make sure you’re near the top of the queue…