The Royal Ballet’s last programme of the season, 'Beauty Bill', showcasing the excellence of its soloists and talented lower ranks, is livestreamed on 9 July

2 CW readers are interested
The Royal Ballet, Beauty Bill Review 3 The Royal Ballet, Beauty Bill Review Teresa Guerreiro
The programme will be live streamed on Friday 9 July and will be available on demand until 8 August. Tickets £16.
PLEASE NOTE: Due to copyright reasons, the streamed programme will not include Woman with Water. That's being replaced by Agnus Dei, a new short film by Michael Nunn and William Trevitt set to Rufus Wainwright’s song of the same name with choreography by Arthur Pita. The solo dancer is Leo Dixon, and the performance was filmed during lockdown in the empty ROH auditorium

Over the past few days Covid-19 regulations have been playing havoc not only in Westminster but in Covent Garden, too. Before curtain up at the first performance of the Royal Ballet’s Beauty Mixed Bill on Saturday company director Kevin O’Hare took to the stage to announce that an unspecified number of dancers had been forced into self-isolation, necessitating changes to some of the evening’s works. In keeping with social distancing, he quipped, there would be fewer guests at Sleeping Beauty’s wedding, and Valentino Zucchetti had spent the day tweaking his new work, Anemoi.

That said, you wouldn’t have known from the assurance with which the dancers tackled Anemoi. 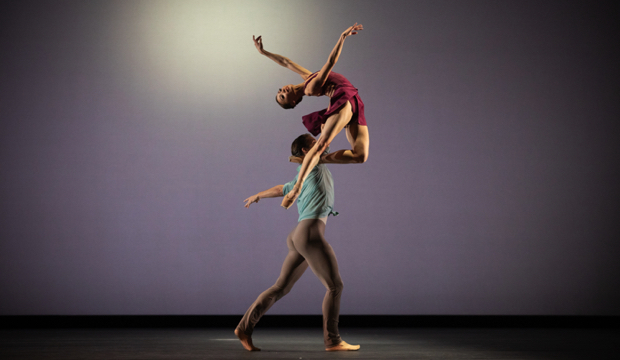 Mariko Sasaki and Lukas Björneboe Brëndsröd in Anemoi. Photo: © ROH 2021 Alice Pennefather
Danced by 15 members of the company’s lower ranks, led by two couples – Mariko Sasaki and Lukas Björneboe Brëndsröd, and Leticia Dias and Daishi Ikarashi – Anemoi is very easy on the eye: its steps impeccably academic, its intricate formations gathering and dissolving in a continuum of flowing movement, its abundant lifts feathery and playful, sensitively responding to Rachmaninov’s music.

The programme’s middle section, made up of four divertissements from the company’s repertoire and a piece by the Swedish choreographer Mats Ek, new to the Royal Ballet, was a little bumpier. 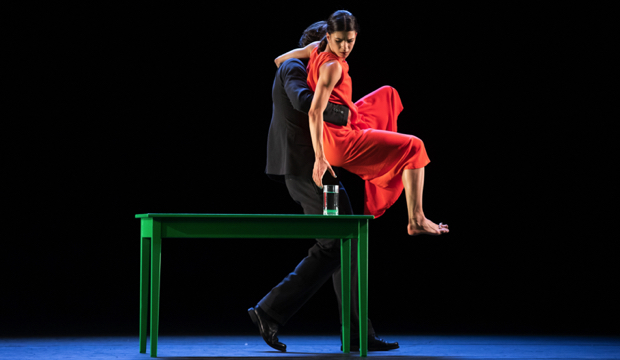 Mayara Magri and Lukas Björneboe Brëndsröd in Woman with Water. Photo: © ROH 2021 Alice Pennefather
Magri absolutely embodied Ek’s jagged expressionist style: flexed feet, long strides in deep plié, lunges, all the while intent on a mysterious engagement with a bright green table. The dashing Lukas Björneboe Brëndsröd made a couple of brief appearances to offer her water before carrying her off. Don’t ask what it’s all about… as with all of Ek’s work, you love it or hate it. I liked it a lot.

Francesca Hayward and César Corrales were touching in their rendition of the Wayne McGregor short piece Morgen, set to a Richard Strauss lied sublimely sung live by soprano Sarah-Jane Lewis.

Time stood still as Beatriz Stix-Brunell, in one of her final performances with the Royal Ballet, and Reece Clarke lifted us to another realm in Christopher Wheeldon’s slow, lyrical duet After the Rain to Arvo Pärt’s mystical music. Their unhurried, lingering movement and perfect coordination were simply hypnotic.

Laura Morera was superbly expressive as the woman parting from her lover in Kenneth MacMillan’s Winter Dreams; but the emotional impact of the piece was blunted by an uncharacteristically wooden performance from Ryoichi Hirano. 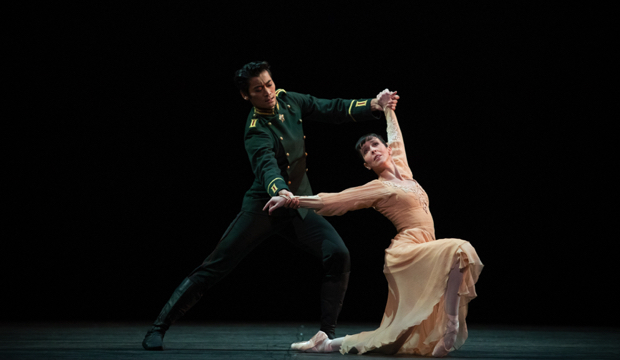 Ryoichi Hirano and Laura Morera in Winter Dreams. Photo: © ROH 2021 Alice Pennefather
And Marcelino Sambé and Anna Rose O’Sullivan, usually the perfect partnership, both technically and in terms of sheer pizzaz, were not up to their best in Fredrick Ashton’s Voices of Spring, a sunny, technically demanding pas de deux set to a waltz by Johann Strauss II.

The finale was Act III of The Sleeping Beauty, a work with a very special place in the history of The Royal Ballet. Act III consists of a series of divertissements, on the night some better danced than others; but when a company has principals of the calibre and indeed beauty of Marianela Nuñez (Aurora) and Vadim Muntagirov (Prince Florimund), everything else becomes secondary. 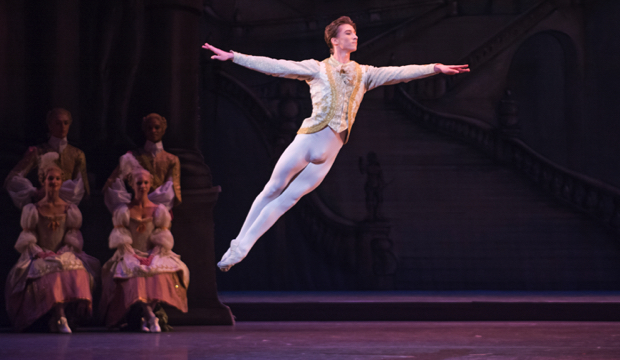 Vadim Muntagirov in Sleeping Beauty. Photo: © ROH 2021 Alice Pennefather
Both were impeccable in a pas de deux which they've made very much their own. Predictably the house erupted; and we all went home satisfied and looking forward to a return to normality come the autumn.