The UK biggest dance festival for emerging artists, Resolution 2018, returns to The Place bigger and bolder than ever

Wayne McGregor, now Resident Choreographer at the Royal Ballet and one the most fashionable names in the contemporary dance scene, presented his first work at Resolution. As did Hofesh Shechter, who has since brought dance into the realm of rock gigs, and in the process acquired a new and vibrant young audience. And Kate Prince, now Artistic Director of the hugely successful hip hop company ZooNation Dance, cut her choreographic teeth at Resolution, too.

TRY CULTURE WHISPER
Receive free tickets & insider tips to unlock the best of London — direct to your inbox
Resolution 2018 runs for 27 nights across January and February; and The Place alongside other London venues will provide a stage to no fewer than 81 companies, whose bold and innovative approach to dance is very much in keeping with the ethos of this particular festival.

This is dance in its broadest possible sense. So, for example, among the participants is Project Gibbon, which brings together circus artists José Triguero and Chris Patfield with a comedic juggling/movement piece.

Project Gibbon will be part of a three-company show at Jackson’s Lane theatre, alongside Yu-Hsien-Wu and B-Hybrid Dance.

It would be impossible to list here even a fraction of all the acts in Resolution 2018, or even to make recommendations from a cast of virtually unknowns. However, The Place offers an interesting and playful way for you to decide which acts are best for you. Click here to take the test. 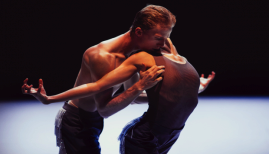 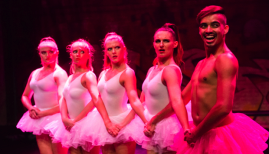 Masters of Choreography, Beats on Pointe, The Peacock