Northern Ballet returns to Sadler's Wells with two programmes that illustrate the range of its repertoire: Dangerous Liaisons and Contemporary Cuts

Leeds-based Northern Ballet is well known for its powerful, involving narrative ballets, but the company also has a notable line in contemporary dance, and the two programmes it's bringing to Sadler's Wells this summer illustrate the wide range of its repertoire.

First comes Dangerous Liaisons. Adapted from the 18th-century French epistolary novel by Choderlos de Laclos (Les Liaisons Dangereuses in its original title), this is a meaty tale of love, lust, cruelty and deceit. Over the years, it's generated any number of theatre and film adaptations: you may have seen Christopher Hampton's award-winning 1985 play, performed by the Royal Shakespeare Company with a stellar cast led by Lyndsay Duncan, Alan Rickman and Juliet Stevenson. Or the 1988 sumptuous Hollywood film starring Glenn Close, John Malkovitch and Michelle Pfeiffer, which garnered seven Oscar nominations, winning three awards.

Telling the story of how the libertine Viscomte de Valmont plots with his former lover, the Marquise de Merteuil, to seduce and thereby ruin the innocent Madame de Tourvel, Nixon's Dangerous Liaisons is danced in full costume against a minimalist set. The musical score is Vivaldi's Four Seasons played live by Northern Ballet Sinfonia.

Northern Ballet's second programme is a mixed bill entitled Contemporary Cuts. As the name indicates, it is made up of recent works, including two London premieres, Kenneth Tindall's meditation on aspects of the lockdown, States of Mind (originally developed for streaming) and Amaury Lebrun’s For An Instant, where the dancers portray fleeting moments from our lives. 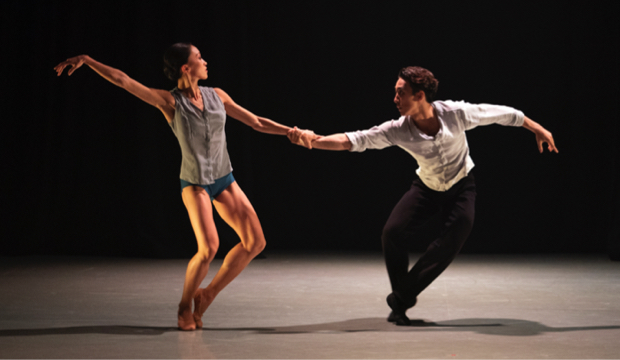 Pick your favourite, or go for both – why not?

Early booking is advisable, as audiences will be socially distanced, as per government Covid guidelines.