Joe Moran and The Habit of Dance

As he prepares to bring On the Habit of Being Oneself to Sadler’s Wells, choreographer Joe Moran throws light on his work in an interview with Culture Whisper 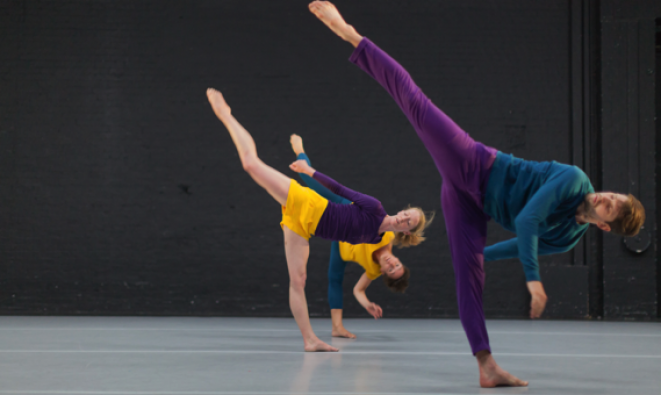 Obverse, choreography Joe Moran, photo Benedict Johnson
At first sight, contemporary choreographer Joe Moran (here in a photo by Camilla Green) looks like an intellectual, more at ease in the rarefied atmosphere of academia than amid the sweaty exertions of a dance studio. 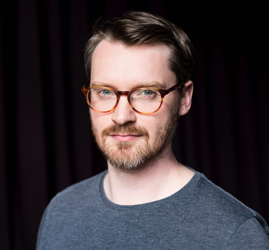 He has a pleasant smile and his striking blue eyes burn with lively intelligence behind his horn-rimmed glasses. The neatly trimmed beard adds to the overall professorial impression.

We met at Sadler’s Wells, where Moran is showing his piece On the Habit of Being Oneself at the end of September. But, before we launched into this particular piece, there was some background to be got through.

Like getting to the bottom of dance's relationship with the visual arts.

‘As we know, there’s been this huge explosion of interest in dance and performance and the visual arts, and I had a feeling that dance was really being kind of appropriated and taken into the gallery/museum very much on the gallery/museum’s terms.’

There’s that. Also, and perhaps more worryingly, ‘dance has very often been dismissed as unthinking, and in a way that it doesn’t have a place at the table of contemporary art in terms of its history, its critical knowledge.’

Joe Moran proposes to change that. Himself a former dancer, he wants dance ‘to be part of discourse in a wider sense in what we think of as contemporary art.’

In that context, he IS interested in cross-media collaboration: a lot of his work has been shown in galleries, including the ICA, where he presented a collaboration with the sculptor Eva Rothschild. 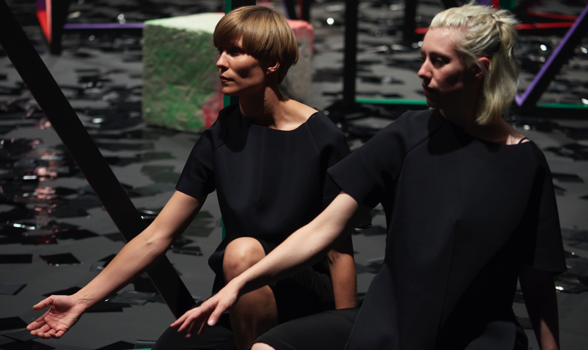 A Set Up, Joe Moran and Eva Rothschild at the ICA, photo Sylvain Deleu
‘The dialogue we have with the curator is a different kind of dialogue that really excites me.’ That is not to say, however, that he doesn't enjoy placing work within the more conventional setting of a theatre.

‘I love the theatre and there’s a lot of different things we can do in the gallery in terms of curation, it’s such a different frame, such a different way of seeing, [but] I’m still compelled by and excited by the stage.’

In fact, On the Habit of Being Oneself 'was created as a live exhibition at Delfina Foundation. It was last summer for the exhibition Live Creations and I made the work live in the gallery and people were advised to encounter that as an exhibition itself.

‘I invited guests to come [and] be in dialogue with me about what we were doing, so we had the artist Phyllida Barlow, the dramaturg Martin Hargreaves, the sound artist Cath Matthews - all very exceptional thinkers. And that was a very exciting format, because in a simple way we were opening up the in-depth critical thinking that happens in dance and dance-making.’

Ah, all that thinking again… But what about what we will actually see when we come to the Lilian Baylis studio at the end of September to view On The Habit of Being Oneself?

It is, says Moran, ‘a dance experiment’ concerned with ‘I think deconstruction might be too strong a word, but it’s destabilising the actual frame.’

Among Joe Moran’s influences are a number of American pioneers of radical contemporary dance, prominently Anna Halprin, who referred to herself as ‘a breaker of modern dance.’

I wouldn’t call Joe Moran ‘a breaker’ exactly, but having been allowed brief access to a rehearsal I can definitely say that his work method is highly original. For one thing, he doesn’t set his dancers steps; though he is adamant his work does NOT fall under the category of improvisation.

‘They’re working with a set of instructions that stretch their embodied thinking in a way that generates movement without their having to think about it. So, it’s thought that generates what they do, rather than improvising.'

It was clear, even on the basis of that brief snatch of rehearsal that On the Habit of Being Oneself is about continual motion, and as such it becomes quite absorbing for the viewer, hypnotic even.

‘We’re working with what I describe as perceptual practice, perceptual inquiry.’ Meaning?

‘A question that we’re working on, which is from [American experimental choreographer] Deborah Hay’s work is, “what if where I am, is what I need?”

‘But it’s not about the question, it’s just about asking the question. (…) And in a way it doesn’t matter if it’s what you need or not, but what happens to your dancing if you encounter it with that sense [is that] you actually start moving and allowing moving that you might otherwise perhaps not allow.’

It is such a specific way of working, it can’t be easy to find dancers who will naturally slot into it. How does Joe Moran go about picking his dancers? With some difficulty, I gathered, as he hesitated and then sidestepped the question:

‘I think it’s always surprising as to who clicks with this kind of work. I don’t think it’s determined by one’s background necessarily in terms of aesthetic, specific dance training; and the group that are coming together are very remarkable and from different backgrounds; and at the moment we’re finalising what the final combination will be.’

It sounds/looks interesting, exciting even… but is it the kind of dance piece that requires the audience to work really hard to follow, and discern a sense to it?

‘I have to confess that I feel in a way very traditional, conventional, in how I think about the relationship with the audience (…) I want to respect an audience’s intelligence (…)

‘The work may be challenging, but my hope is that it’s refreshing and it’s not my aspiration for an audience to have to really slog.’

On The Habit of Being Oneself