The Andalucian sun will shine over north London for two weeks this summer, because Sadler's Wells' famous Flamenco Festival is back

Now, though, this extensive sampling of one of Spain's most popular cultural exports is back, and will occupy both theatres at Sadler's Wells – the main house and the Lilian Baylis Studio for two show-packed weeks in the summer.

Here's a chronological list of the shows on offer in the main house at Sadler's Wells:

• Tuesday 21 – Wednesday 22 June at 7.30pm: Manuel Liñan, ¡VIVA! (pictured top)
The festival opens with a bang. ¡VIVA!, presented by Manuel Liñan – multi-award winning flamenco dancer, choreographer and director – is an exuberant show that draws from traditional flamenco while at the same time challenging some of its tropes, such as the roles of male and female dancers. It is billed as an expression of gay identity.
Dur.: 1 hour 40 mins, no interval 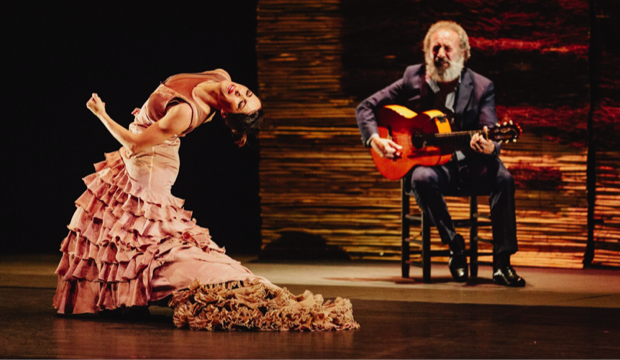 Ana Morales. Photo: Oscar Romero
Ana Morales is one of a breed of young flamenco artists seeking to blend traditional and avant-garde. Without Permission, Songs for Silence, looks at memory, particularly the artist’s recollections of her father, his connection to Andalucia and to flamenco, and her own journey to understanding art and its connection to life.

• Friday 24 & Saturday 25 June at 7.30pm, 25 June at 3.30pm: Gala Fiesta de la Bulería de Jerez, Compañía Maria del Mar Moreno
If traditional flamenco is your thing, and you like a big, boisterous show, then this is definitely one for you. The show features some of the big names of Andalucian flamenco, including the veteran flamenco dancer  La Moneta,  Pastora Galván, a member of flamenco aristocracy, the flamenco vocalist,  Tía Juana La del Pipa, as well as Moreno herself. This is a show by women and about women and all the more exciting for that.
Dur.: 1 hour 30 mins, no interval

• Sunday 26 June at 7.30pm: Estrella Morente PLEASE NOTE! THIS SHOW HAS NOW BEEN CANCELLED DUE TO ILLNESS.
Estrella Morente comes from a celebrated singing dynasty, and is billed as a new voice in flamenco. Accompanied here by Enrique Morente Carbonell, she will present a collection of songs from her childhood, exploring the themes of love and loss. 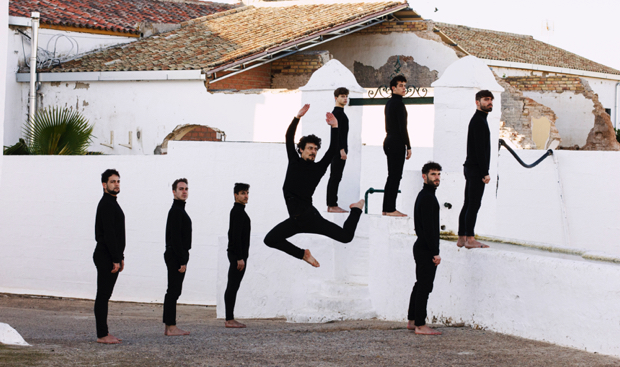 Jesus Carmona, The Jump. Photo: Luka RAdikovic
Jesus Carmona, formerly a principal dancer with Ballet Nacional de España, is dubbed 'the Catalan virtuoso'. His boundary-pushing show, The Jump, blends influences from a variety of genres in which Carmona is trained, including flamenco, ballet and tap, and (a little incongruously) 17th-century Italian court dances.
Dur.: 1 hour 20 mins, no interval 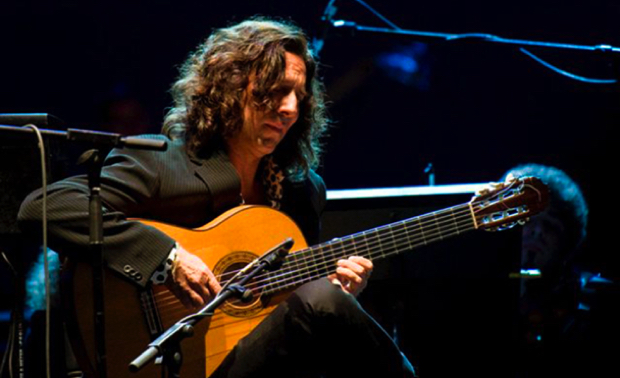 El Tomatito. Photo: Universal
If you like the flamenco guitar, this is an absolute must. El Tomatito, winner of five Latin Grammies, is the longtime partner of the legendary Camarón de la Isla and one of the highest exponents of contemporary flamenco guitar. He is joined by a hand-picked musical ensemble and a guest flamenco dancer for a concert that brings an adventurous fusion of Jazz, classical and Latin American styles.
Dur.: 1 hour 20 mins, no interval

• Friday 1 & Saturday 2 July at 7:30pm: Compañía Maria Pagés - An Ode To Time
Maria Pagés is a Flamenco Festival regular, justly admired for her emotive dancing and ferocious footwork. She brings her company of eight dancers back to London with a show that looks at the nature of time itself through choreography that draws inspiration from a variety of flamenco styles.

The Lilian Baylis Studio will host a range of shows, from fully fledged flamenco to smaller experimental programmes. Among the former is Boreal, the ﬁrst full-length choreography from  Daniel Ramos an d Víctor Martín, both former dancers with Ballet Nacional de España. 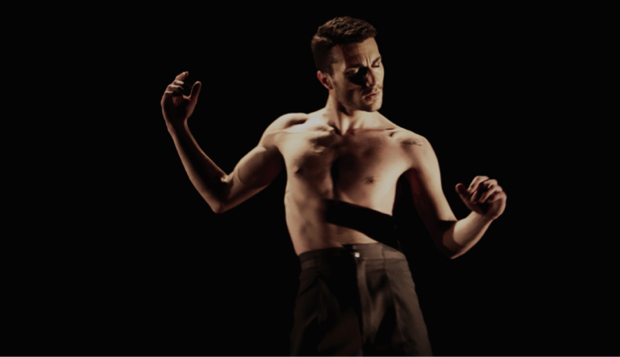 The more experimental shows include Flamenco Is Not a Crime, by Los Volubles, a flamenco and dance music party, bringing the festival to a riotous end. DJs  Pedro  and  Benito Jimenez  blend grime, rqom, dub and reggaeton with projections inspired by the Free Party Is Not A Crime movement, and you're encouraged to join them on the dance floor.
On Saturday 2 July at 9:30pm

Without Permission Songs for Silence

An Ode To Time

Flamenco is Not a Crime