Joseph Toonga, Born to Exist: The Woman I Know review ★★★★★

Joseph Toonga’s Born to Exist: The Woman I Know brings three immensely expressive dancers to The Place with an intense affirmation of their right to exist

An alumnus of The London Contemporary Dance School (LCDS), based at The Place, Toonga was The Royal Ballet's emerging choreographer for 2021, and his work was presented at the ROH Linbury Theatre as part of the Spring Draft Works programme.

Now Toonga has returned to his alma mater with Born to Exist: The Woman I Know, the third work of his trilogy Hip Hop Dance.

The work has its roots in Toonga’s upbringing solely by black women – his mother and aunts – and his direct experience of their strength and resilience.

Three women dance Born to Exist and bring to the stage a power that’s sometimes daunting but never less than engaging. The work starts in silence with one woman, Aisha Webber, centre stage under a milky spotlight, with her naked back, simultaneously vulnerable and strong, to the audience.

She stands still for what feels like an infinity, but is, in fact, an assertion of power, as if to say, 'this is my show, I’ll start when I’m good and ready'. When she does start, her first movements are slow: knees bent, torso contractions with deep release accompanied by breath exhalations.

In a long solo, her movements become deeper, more frenzied. She raises her arms to heaven, in what could be a prayer or a sign of despair. She turns around, faces the audience, and enacts boxing punches. Hers is life as a battle, one she intends to overcome.

Webber is then joined by Amanda de Souza and Paris Crossley. 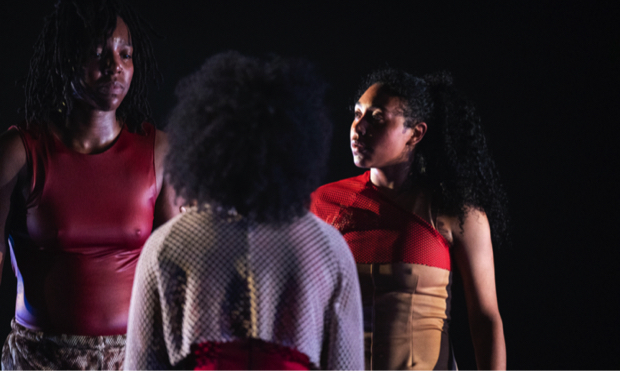 Then comes perhaps the most questionable decision (dramaturgy by Peggy Olislaegers): the Brazilian dancer Amanda de Souza addresses the audience in a long, increasingly outraged, rant in Portuguese. 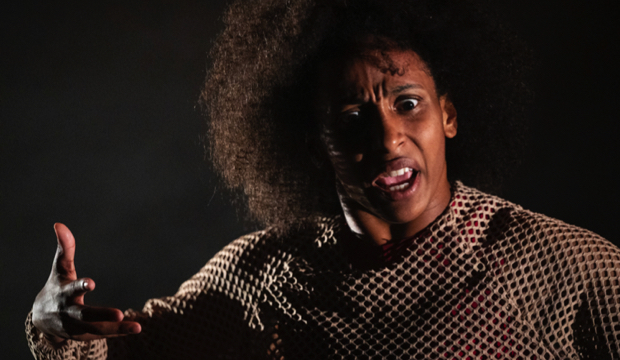 Joseph Toonga, Born to Exist: The Woman I Know. Dancer: Amanda de Souza. Photo: Karin Jonker
Now, Portuguese is my native language, so I was able to follow her drift: a black woman sick and tired of continued slights and oppression, appropriating the designation ‘black’ as a proud identity, not an insult, and ending in an enraged sequence of shrieks and ululations.

Perhaps the thought was that the words didn’t matter that much, since her rage and trauma came across all too clearly, but I wonder how distracting not being able to follow what was, after all, a very long, climatic sequence will have been.

That said, Born to Exist: The Woman I Know shows a strong, creative way of using dance language to represent an underrepresented group in all its human complexity and richness.

Born to Exist: The Woman I Know