Ballet Black, Cassa Pancho’s company of black and Asian classically-trained dancers, returns to the Royal Opera House with the double bill The Suit/Ingoma

This summer Ballet Black come to the ROH’s Linbury Theatre with a double bill that includes The Suit, by Cathy Marston, and Ingoma, by Mthuthuzeli November.

The British choreographer Cathy Marston is renowned for her expressive, beautifully-crafted narrative work.

Inspired by Can Themba’s South African fable, The Suit, Marston reunited with composer Philip Feeney to turn the story of love, betrayal and death into an emotional ballet.

One seemingly normal day, Philemon finds his wife Matilda in bed with another man who hastily departs in his underwear - leaving his suit behind.

Imaginative choreography sees Marston use the company not only as an ensemble but also to create the setting. For instance, when Philemon prepares for work the other dancers become the wash basin, assisting with the ablutions.

Elsewhere, Marston contrasts Matilda’s romantic liaisons in narrative pas de deux. She candidly showcases the affection between husband and wife, and the illicit lovemaking between a married woman and her fancy man.

Raised by a single mother in a small fruit farming town in South Africa’s Western Cape, November started dancing at 15 and was soon awarded a scholarship to attend the Cape Academy of Performing Arts.

Ingoma (meaning song), considers the struggles of black South African miners in 1946 – the year 60,000 of them took courageous strike action.

November portrays this milestone moment in South Africa’s history through a fusion of ballet, African dance and singing. 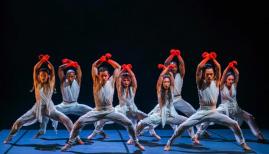 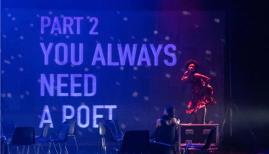