Alina Cojocaru and her labour of love 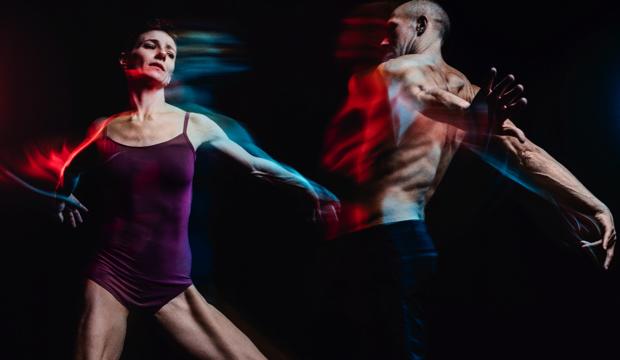 Alina Cojocaru and Johan Kobborg, Alina at Sadler's Wells, Photo Morgan Norman
As with all really great stage performers, there’s an undefinable quality about Alina Cojocaru, something that transcends pure technique (which she has in droves), acting ability (ditto), or even musicality (she has that, too). It’s a quality that communicates itself to audiences the moment she steps on stage: you can’t put it into words, but it sends a jolt through you.

You sit up and prepare to be enraptured.

Over the years, first with The Royal Ballet, currently as a lead principal with English National Ballet and guest principal with Hamburg Ballet, she has given us performances that went straight to the heart: a deeply vulnerable Giselle, a mischievous Princess Aurora, a conflicted Manon; not to mention sailing through the technical tour de force that is Medora in Le Corsaire. And so many more…

Now she wants us to see another side of her in a programme she co-produced with her life partner, the Danish star dancer Johan Kobborg.

‘[Life as a dancer] it’s short. In both companies I feel very lucky because with Tamara [Rojo] in ENB I have the classics, I still have some new creations but in Hamburg I have the choreographer in the studio, John [Neumeier, artistic director] working with us. I did not have much of this kind of creation when I was young in my career.

‘But this has a different meaning. It wasn’t put together by a director, it wasn’t “this is the rep for the season"; it was a choice. This is my journey.’

The programme is simply called Alina at Sadler’s Wells, with the first part made up of short new works by Kobborg himself, Tim Rushton and Juliano Nunes, all of whom she specially connects with, as well as two films by the Danish choreographer and film-maker Kim Brandstrup.

The second part is taken up entirely by Ashton’s romantic rollercoaster Marguerite et Armand, based on Dumas’ novel Lady of the Camellias. 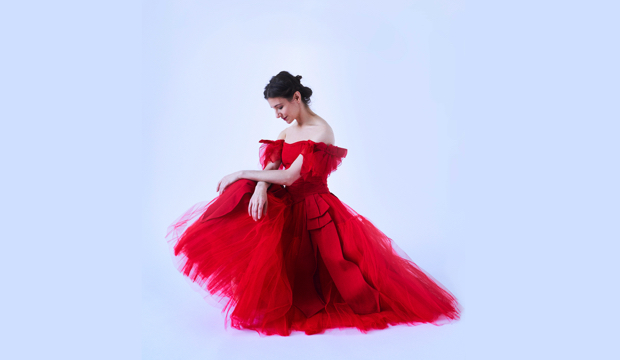 Alina Cojocaru as Marguerite. Photo: Morgan Norman
It’s a journey she has undertaken jointly with Johan Kobborg; and it’s crystal clear as she speaks how much their two-decade long partnership, both on stage and in life, means to her.

‘I’m very happy that Johan is supporting… lots of it is his input and his guidance, and I really enjoy that conversation, and when you make a decision, a decision is made not to change your mind, but because it’s exactly right.’

Cojocaru and Kobborg were one of the great dance partnerships of the past 20 years; a few years older than her, Kobborg no longer dances full time, but will perform in Alina at Sadler’s Wells. She recalls their early days at the Royal Ballet:

‘I was very lucky to have this journey with Johan! He had a maturity to his work and that helped so much, because I was very young and very passionate, and wanting it all, and you can imagine the level of energy sometimes in the studio is completely different, but he brought the maturity, the knowledge, the patience, the understanding… and he made us understand how we could make it better, finding answers, searching further. He didn’t just say, “oh, it’s good;” he made us stay in the studio and he made us talk about it…

Alina Cojocaru is generous in her praise to those she thinks did well by her. Born in Romania, she went to Kiev as a nine-year-old with not a word of Ukrainian to train at ballet school there; one of the films she has now commissioned from Kim Brandstrup features three of her old Kiev teachers, and is intended as an homage to them.

With her small stature and delicate features, there is something of the frail waif about Alina Cojucaru, her looks more those of a shy teenager than a woman in her late 30s. It would be a mistake, however, to underestimate the strength of her will and her passion for dance.

In 2008 she came back from a horrific injury that would surely have ended the career of somebody less determined. More recently, becoming a mother led her to re-evaluate her relationship with dance.

‘I was holding my daughter in my arms and I didn’t know if I’d dance again, because I did not know if I could love it just as much. And I thought, if I cannot love this profession, it’s too hard work – it has to be real love, it has to be dedication.’

Luckily for us, Alina Cojocaru found space in her heart for both loves. Alina at Sadler’s Wells is a new, risky but thrilling project, one that represents her desire to go further, or as she puts it, ‘you have to be able to explore.’

Alina at Sadler’s Wells runs from 20 to 23 February. Details here