From a chance to sing along to your favourite carols, to a journey through the scores of some of Hollywood’s greatest Christmas films, there’s plenty you won’t want to miss at the Royal Albert Hall this festive period. We round up the highlights. 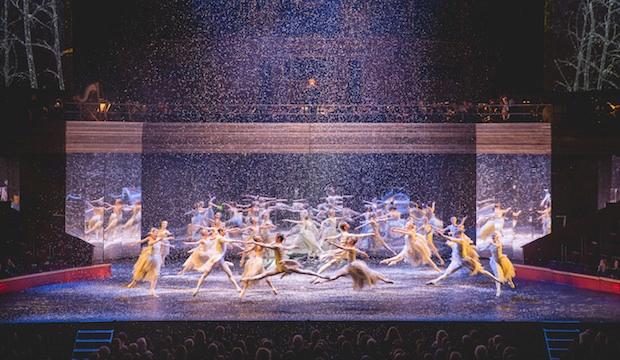 Delight in a Christmas classic: The Nutcracker

Following a hugely successful run last Christmas, Birmingham Royal Ballet returns to the Royal Albert Hall with its charming production of the Christmas classic, The Nutcracker. It’s a visually stunning, accessible production which focuses on making the narrative absolutely clear to the youngest members of the audience. Tchaikovsky’s score is brought to life by the London Philharmonic Orchestra, conducted by Koen Kessels, while the story is performed by Birmingham Royal Ballet’s world-class dancers. 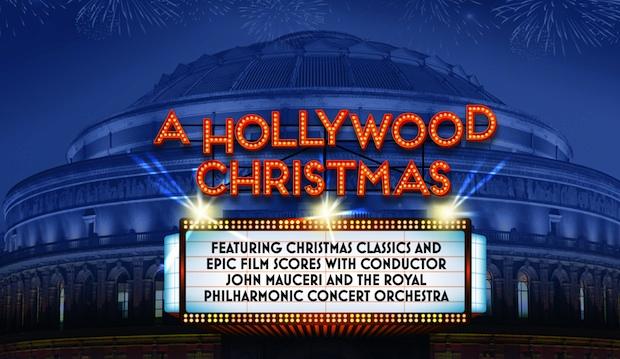 Travel through the movies: A Hollywood Christmas

Let the Royal Albert Hall transport you and your loved ones on a journey through some of Hollywood’s best-loved festive scores. American conductor John Mauceri – who performed to audiences of four million during his record-breaking tenure at the Hollywood Bowl – leads the Royal Philharmonic Concert Orchestra through film scores including A Christmas Carol (1984), The Nightmare before Christmas (1993) and Harry Potter and the Philosopher’s Stone™ (2001). Carols including 'Hark the Herald Angels Sing' and 'The First Noel' will also be performed. 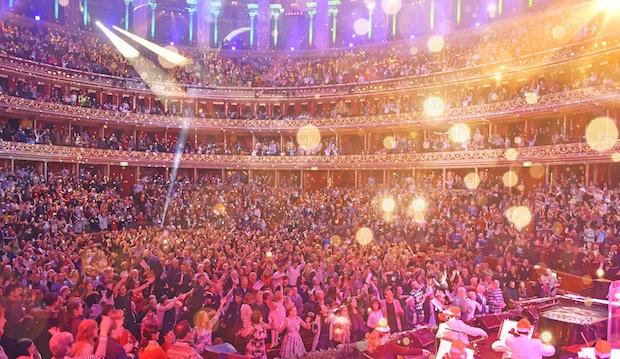 Sing along to festive favourites: Carols at the Royal Albert Hall

Sing along to festive favourites in the spectacular surroundings of the Royal Albert Hall this Christmas. Guests will join the voices of the Royal Choral Society, the National Youth Choir of Great Britain, the Royal Philharmonic Orchestra and the fanfare team of Her Majesty’s Welsh Guards in singing traditional carols as well as modern arrangements and festive favourites. Compère Greg Beardsell is leading the sing-along, highlights of which include a brand new version of 'Silent Night' penned by James Bond film composer David Arnold. 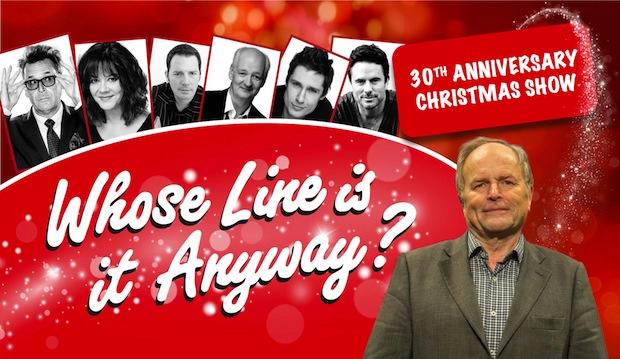 Laugh yourself silly: Whose Line is it Anyway?

Channel Four’s hugely popular improv show Whose Line is it Anyway? comes to the Royal Albert Hall to celebrate its 30th birthday. Over three live shows, audiences can expect to be entertained by names including Colin Mochrie, Josie Lawrence, Charles Esten and Greg Proops. Together with original host Clive Anderson, the stars are taking to the Royal Albert Hall stage for classic and new improv games – some of which will involve participation from brave members of the audience. 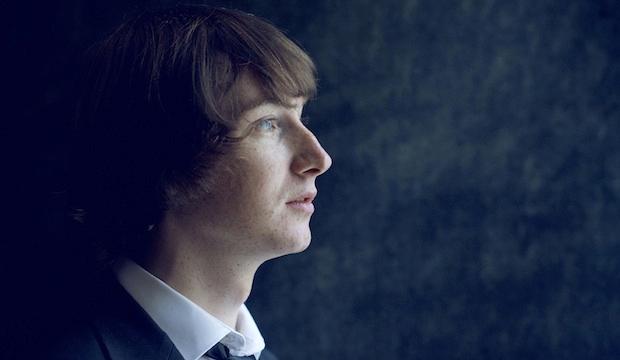 Listen and be moved: Handel’s Messiah

The annual performance of Handel’s sacred oratorio Messiah returns to the Royal Albert Hall this Christmas. The Royal Philharmonic Orchestra and the Philharmonia Chorus are joined by rising vocal stars including former BBC New Generation Artist Benjamin Appl and the soprano Anna Devin. The concert is being conducted by the much lauded young Russian conductor Maxim Emelyanychev. 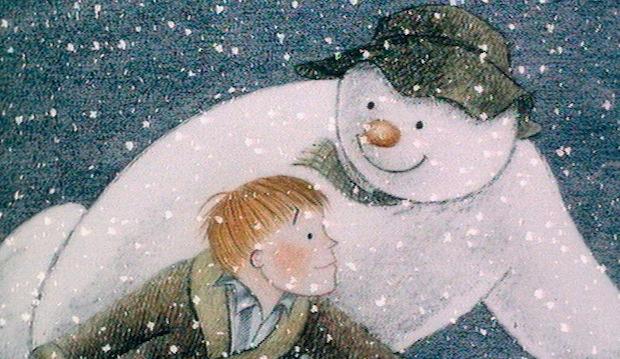 Swaddle yourself in nostalgia: The Snowman and Paddington Bear

One to delight the whole family: Paddington Bear’s First Concert and The Snowman™ is a double-bill bringing two classic children’s stories to life in one concert. The first half will see audiences join Paddington™ on a journey from his first meeting with the Brown Family right up to making his conducting debut right here at the Hall. The concert features the score from Herbert Chappell’s Paddington Bear’s First Concert, and is performed by the Royal Philharmonic Orchestra and special guest narrator Stephen Mangan.

Then, audiences will fly high with The Snowman™, as the Royal Albert Hall celebrates the 40th anniversary of Raymond Briggs’ magical picture book. The enchanting animated film will be shown on the Hall’s big screen while Howard Blake’s heart-melting score, featuring the iconic Walking in the Air, is performed live. 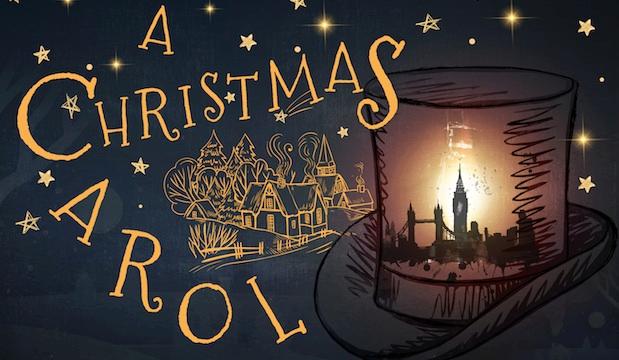 Warm the soul with a timeless tale: A Christmas Carol

A unique presentation of Charles Dickens’ beloved tale-with-a-moral, A Christmas Carol is being performed in the Royal Albert Hall’s Elgar Room. With a rich musical accompaniment and well-known songs, this production is part concert, part play. Performed by Tama Matheson with soprano Tabatha McFadyen and The Occasional Choir, this live recital aims to capture all the wonder, pathos, joy and spookiness of the timeless Christmas story. 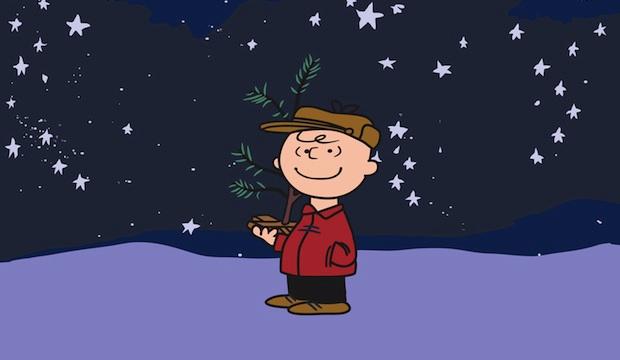 Lose yourself in child-like wonder: A Charlie Brown Christmas

Hunker down to enjoy a festive family screening of the 1965 classic, A Charlie Brown Christmas. Coinciding with the Somerset House exhibition celebrating Charles M. Schulz’s much-loved Peanuts comic strips and animations, the screening is a chance to join Charlie Brown and the rest of the Peanuts gang as they discover what’s most important during the festive season. The screening will be followed by a jazz performance from The Jason Frederick Cinematic Trio, who will draw upon the repertoire of Charlie Brown composer, Vince Guaraldi.