It starts with nursery rhymes, says the soprano in demand all over the world after picking up award after award. Happily, there are London area performances in store... 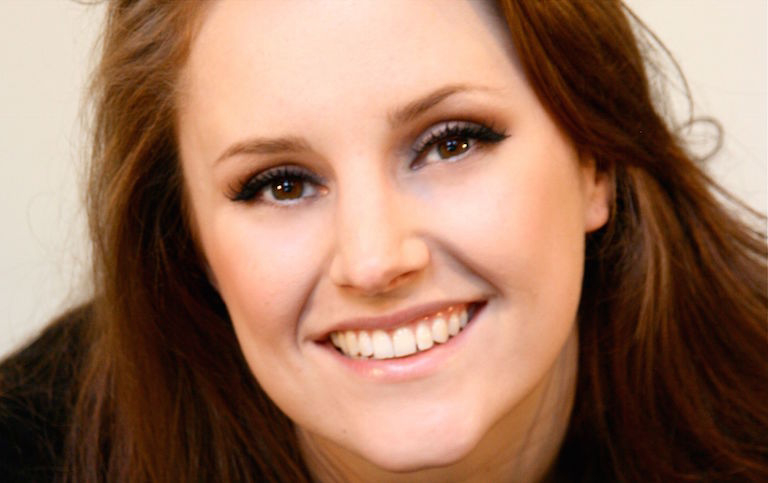 In-demand soprano Louise Alder is leaving competitions behind
'Fish and chips! And chocolate!!' the takeaway order goes, as Louise Alder and other singers rehearsing for the Royal Festival Hall's forthcoming concert performance of Handel's Semele break for lunch at the practice rooms of the Orchestra of the Age of Enlightenment in Waterloo.

The menu may not include all the major food groups, but, as anyone who has joined a choir knows, singing is an intensely physical and exhausting business, and these vocal athletes need to keep up the calorie intake. The atmosphere is cheerful – many of these musicians have worked together before, and there is something about the extraordinary music of Handel that puts a spring in the step of singers and audiences alike.

And this is the world that Louise Alder grew up in: her violinist mother Susan Carpenter-Jacobs was a founder member of the OAE who played with the orchestra for 20 years, and her father Stephen Alder sings at the Royal Opera House, Westminster Cathedral, and wherever a dependable baritone is required, and her brother William Alder sings, acts and works in production.

The soprano who this year won the Audience Prize at the Cardiff Singer of the World competition and was named Best Young Singer at the International Opera Awards (and who many people, including me, thought should have won the overall Cardiff prize), is modest about the deluge of prizes she has picked up in the past few years. And that's the end of competitions. At 30, for four years a member of the company at Frankfurt opera house, and in huge demand, she has hit her stride.

But it all began with nursery rhymes. 'It's incredibly important to sing with children,' she says. 'If you bring children up with music, particularly classical music, and especially Mozart, it has been shown, it rubs off on all other subjects.' And it teaches teamwork. 'As a singer you are never going to perform alone: you are always going to be with a pianist or others. You have to learn to give and take. And if you sing in a choir, that's invaluable.

'Music is disappearing in schools in the UK. Even the school I went to [Lady Margaret, Fulham] – they won't thank me for saying this – wasn't particularly musical.' It was at university in Edinburgh, where she took a music degree, primarily at this stage a violinist and oboist, that Louise became immersed not only in opera and the concert repertoire, but in musicals, which she adores. Crazy for You, West Side Story – these were the world-class opera singer's shows then, and productions to which she brought a special talent: she's a tap dancer, passed all the exams, was tempted to go on....

That bodes well for some all-singing, all-dancing opera ahead. In the meantime, she would love to do Carousel. And The Sound of Music – although there might not be much opportunity for tap dancing there.

But for now, the diary is stuffed with roles from the core opera repertoire, including the mischievous maid Despina in Mozart's Così Fan Tutte, for Frankfurt. And then it's back to Garsington, where last year she sang the captured Trojan princess Ilia in a five-star production of Mozart's Idomeneo.

This time, incarcerated again, she sings Pamina, the abducted daughter in Mozart's Die Zauberflöte (The Magic Flute), in 11 performances at Garsington Opera, from 31 May to 21 July.

The opera, which opens the Garsington season, is conducted by early music specialist Christian Curnyn,and directed by the innovative Netia Jones. 'I'm delighted to be singing Pamina for a conductor I love and an orchestra I adore,' she says. And so happy does she seem in her work, you get the impression that she feels that pretty much everywhere she goes.

Only Brexit is casting a shadow over this extraordinarily bright career. For this model citizen of the world 'it's really upsetting'. She speaks Italian, French and German, and as singers must, acquired enough knowledge of the pronunciation of non-Romance languages such as Russian and Swedish to get round the very different vowel sounds in each language. When I mention my admiration for singers, like the tenor Nicky Spence, who seem so at ease in the Czech of Janáček operas, she laughs: "He's a friend!"

As these singers criss-cross around the world, happy to see each other, mutually supportive – backstage at the Cardiff Singer of the World competition it was all about mutual admiration, not rivalry – the prospect of delayed travel and work restrictions is worrying indeed.

Her consolation is the job that uplifts both the singer herself and her audiences: 'In the world right now, how wonderful to be able to lose yourself in an art form.'