The new film by young Polish director Tomasz Wasilewski, United States of Love is a subdued and realistic look at love's different guises

The town is a nowhere place - one café, one school, one church, a corrugated iron shed for a train station. The people neatly fit into their roles in the community - the headmistress, the housewife, the doctor, the factory worker. This is meant to be nowhere, anywhere, Poland without specifics. The feeling of the everyday is reflected in the film’s pacing; slow and excruciatingly real. Conversations stretch to fill long, steady shots; a marital quarrel gradually builds from reticence to a single hurtful comment, or a priest delivers an unending sermon. Entire relationships are explained by a single gaze. This is a film of ordinary drama. As a result it can feel slow at times, asking patience of the viewer in exchange for being led beneath the surface of this sleepy Polish town.

Once the film does get going, said drama is engaging, if sparse. It’s all about muted suffering, pain held back, a quiet desperation that comes out in lurching, stifled sobs, so that your daughter doesn’t hear them through the bathroom door. Agata (Julia Kijowska), a housewife, has eyes for the local priest, her husband no longer satisfying her physically or emotionally. Iza (Magdalena Cielecka), headmistress of the local school, finds her six-year affair suddenly broken off, discarded by her lover in a belated fit of remorse after his wife dies. Two other women: Marzena (Marta Nieradkiewicz), a fitness instructor importing Jane Fonda across the iron curtain, seeks fame as a model, and Renata (Dorota Kolak), an ageing schoolteacher with only her pet canaries for company, seeks Marzena’s friendship. The two find their humble aspirations bring them rejection and betrayal. 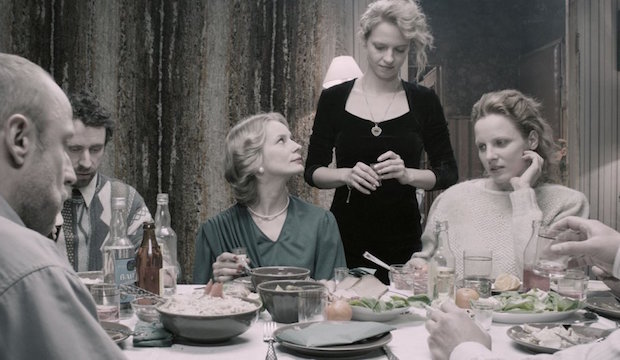 For the unhurried viewer, United States of Love provides a considered survey of love’s different guises and, ultimately, disappointments. It’s sad that the one state of love missing from this story is joy. Fate is cruel to these women, the positive upheaval happening in their country completely peripheral, unreflected in their daily lives. The film does well what it sets out to do - present the ordinary, the everyday, the real, and the depths of emotion, painstakingly portrayed. A solid, subdued performance.