Writer / director / comedian Simon Amstell talks to Culture Whisper about his new film Benjamin, which follows a twenty-something filmmaker who struggles with intimacy 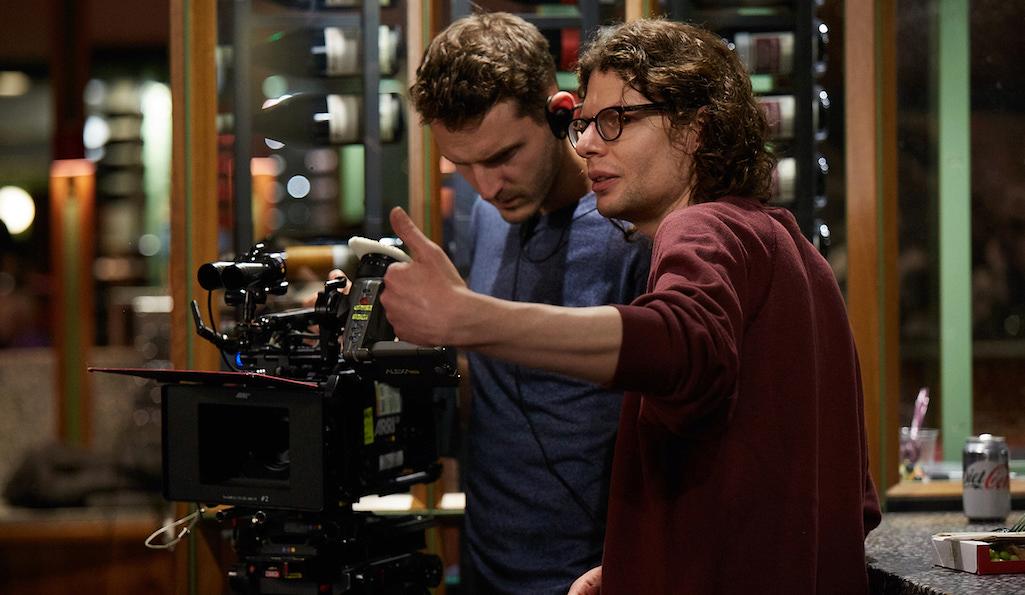 Simon Amstell on the set of Benjamin (photo: Harry Carr)
Simon Amstell isn't on our screens enough, but he seems to like it that way. Since leaving Never Mind the Buzzcocks in 2009, he wrote and starred in his own series Grandma’s House, based on his family; he made Carnage, a dystopian satire for the BBC that equates the killing of animals to genocide; and he continues to do plenty of stand-up comedy.

Now he’s made Benjamin, his debut feature film loosely based on his experiences as a twenty-something. Benjamin, played by Northern Irish actor Colin Morgan, is struggling to finish his second film. He's terrified the audience won’t like it, which feeds into his overall fear of intimacy and relationships. Amstell talks to Culture Whisper about Benjamin, stand-up comedy, the process of filmmaking, and John Cassavetes.

Culture Whisper: Congratulations on the film. Are you proud of how it came together?

Simon Amstell: I suppose I am. I don’t really think about being proud… maybe relieved! When we premiered it at the London Film Festival and everyone laughed and seemed to feel things during touching moments, it was a great relief that what I made connected to people. It meant that I wasn’t insane to have thought it would be a good idea to make it.

Is there a lot of you in Benjamin?

I think he’s probably me in my twenties. There may be some remnants of Benjamin still in me. He’s suffering from anxiety, loneliness, and depression – and I think I’ve got over that stuff now. It’s really a film about someone who’s so defended that he’s incapable of loving and being loved. All he knows how to do is seek love from an audience because he’s actually terrified of intimacy. And I’m really into intimacy these days – I love it, I can’t get enough of intimacy!

You’ve said before that you don’t like to force your projects. You like to wait until something bubbles up.


How did Benjamin bubble up for you?

I'd just done a load of stand-up, and was a bit sick of doing stand-up, and so started writing about various relationships that I’d been in in my twenties. This film just came out of it. I didn’t know at the time that it was going to be about somebody who was terrified of intimacy, but that seemed to be what the problem was with the character. I also didn’t really know that it’d be a kind of romantic love story. I thought it was going to be more depressing, actually. But it turned out to have quite a happy ending. 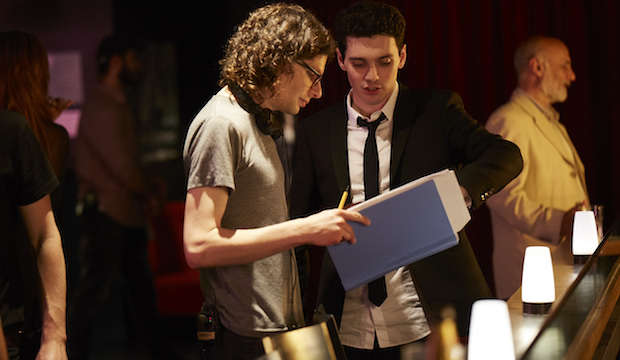 You’ve said that doing stand-up was a kind of defence mechanism, and then you got tired of it. Do you think Benjamin was a similar thing?

Oh, it’s not that I got sick of stand-up, it’s just in that moment. I still do stand-up and like it. I think at some point there was a transition from feeling the need to do something because I didn’t know what else I could do. Being funny was a panic button, and it was the only button I had really. Now I have it as a choice. I also feel like with stand-up and filmmaking, I’ll probably never know how to do either of them.

We disagree – we think you’re great at both of them!

Well, maybe I should say… I feel like I’ll never learn everything there is to know about stand-up or filmmaking. So, I probably won’t get bored as easily as I’ve got bored in the past. I think I’m working now from a place of pure joy. I think I’m just following my bliss.

Are you far happier now than you were in your twenties?

Yes, because it used to be about the results of the thing I was doing. Now it’s about the thing I’m doing. That’s so much better. 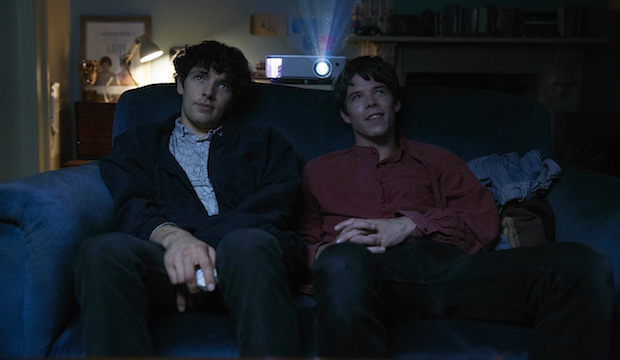 Yeah, he doesn’t know what he’s trying to say. All he knows is that he wants people to say that the film is good. So he keeps throwing weird camera angles at it and a monk character who has no place being in the film. He’s kind of lost any sense of purpose other than acclaim. That’s why the film doesn’t go very well for him.

His friend, Stephen, is intriguing. He’s trying to be a stand-up. Do his experiences echo yours?

Yeah, I’ve had a few awkward gigs. When I first started, I was on the open-spot circuit for five years trying to figure out how to do it. Almost all the gigs were like that!

[referencing a scene in the film] Did anyone smash a glass at the wall?

No, thankfully that didn’t happen! But everything else… that feeling of anger he has with the audience, I’ve had that in the past. It used to feel like a fight rather than a thing that I enjoyed doing that people enjoyed watching. Now it’s such a joy to do stand-up because I remind myself that it’s what I like to do. The people come to laugh. But at the beginning, and for Stephen, it’s this struggle for validation and results in a lot of aggression – both from the audience and the comedian. 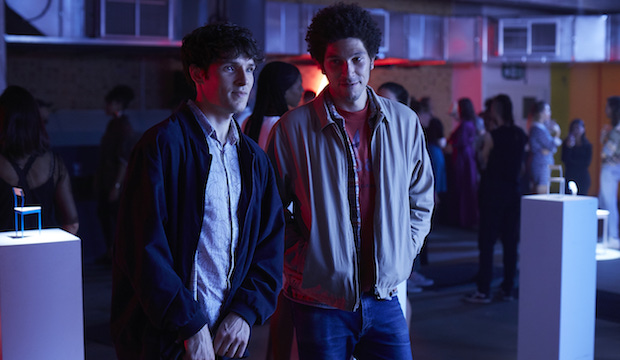 Is he similar to you in that there’s a point where he just wants to pack it all in?

Yeah, that feeling of wanting to retire comes up quite a lot! It comes from when you’re feeling tired, and you feel the things you’re obliged to do are outweighing the things that bring you satisfaction. You forget why you’re doing any of it. It’s supposed to be enjoyable and fun. It’s supposed to be an extension of being a child, playing. So when it becomes something other than that – career status, money, making people love you – then you feel like stopping doing it.

The performances in the film are so natural and lovely. Was it hard to cast?

Yeah, I was terrified of getting the casting wrong. I kept reading and hearing that 90% of filmmaking is casting. I also didn’t want to see the acting, I wanted these authentic, natural performances. I really enjoyed Cassavetes’ films like A Woman Under the Influence and Opening Night, where it just feels like you’re watching something happening in real time. Not something that’s been acted and then put together in an edit to make sense. I didn’t want to smell any acting. Thankfully, the actors we cast are so naturally funny and brilliant and effortless.

With the film, we felt quite calm watching it. There’s a niceness to it. Was the whole shoot a calm process?

Yeah, it was. I tried to create a set where the actors felt safe enough to be vulnerable and try stuff out. The worst thing for any kind of performance is tension. When you’re asking actors to reveal who they are to you, you really have to create a calm, safe place for them to do that.

So no tense fights on set? 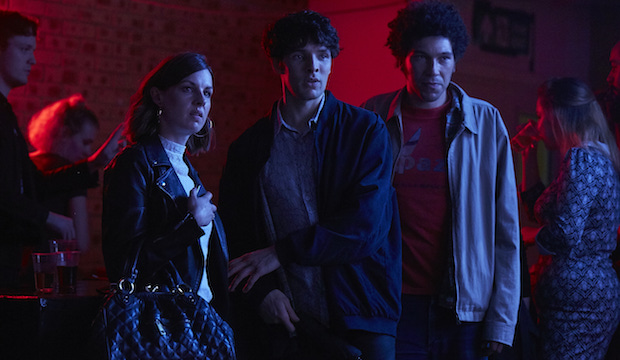 'It was great filming at the Curzon Soho'

You filmed at the Curzon cinema in Soho. Was that difficult to shoot?

It was quite difficult. They were lovely. I suppose we must’ve filmed when there were not that many people there. It was great filming in the Curzon Soho. The toilet is very specifically the Curzon Soho toilet! And it just felt appropriate, it felt like where [Benjamin] would have his premiere.

With the last scene, we cried watching it. There’s something beautiful about the combination of music, and the colours, and the eye contact. Did it come together exactly how you imagined it?

It was slightly different in that I hadn’t written the ending that’s in the film. In the screenplay, I’d kept the ending a bit more mysterious. I tended to not shout ‘Cut!’ too soon when we finished scenes throughout the shoot. On this occasion, that was quite handy because Colin Morgan [who plays Benjamin] just kept acting and penned the ending of the film!

So he improvised it?

He improvised that ending. He just said what he felt [Benjamin] would say. And it was perfect because it was what the character needed to say at that point.

And there’s that moment when Benjamin walks in, he’s listening to music that relates to how he’s feeling. Was that an original song?

Yeah. James Righton and I wrote the songs together. I wrote the lyrics and he wrote the melody. And he also did the score for the whole film. We sat in his basement writing those songs. 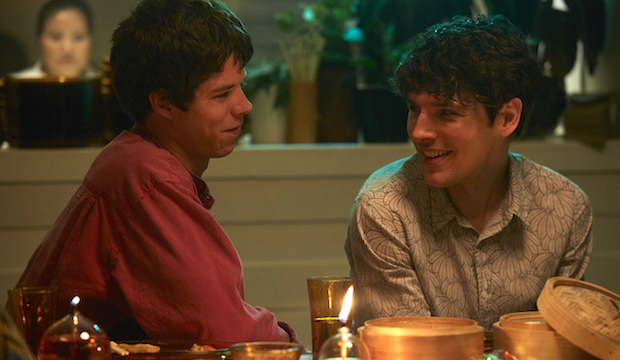 'I don't really mind what the medium us, as long as I can be shooting something with some actors'

After this experience with Benjamin, are you encouraged to make more films?

Do you have anything in mind for the future?

I’m writing something, but at the moment it’s not… I would say I’ve got the first third of something.

You’re not going to reveal anything?

No, I’m waiting for it to reveal itself to me!