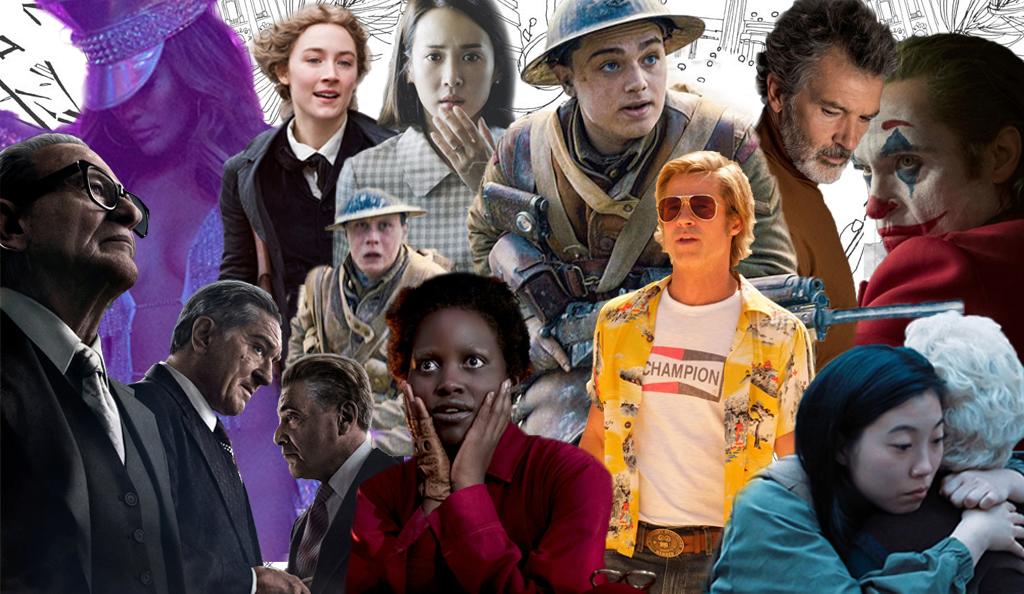 Who will win at the 2020 Oscars?
The time has come again for the film industry to gear up for the awards ceremony to end all awards ceremony – the 92nd Academy Awards will be taking place on 9 February 2020. It's been a year of invigorating talent and daring imagination, but, as ever, choices will have to be made.

Early favourites including Marriage Story and Hustlers seem to have been taken over by war picture 1917 and Tarantino's grand return Once Upon A Time... in Hollywood. But as last year's controversial results proved, it's all still up for grabs. Read on for our predictions and wishes for this year's crop of Oscar nominees. 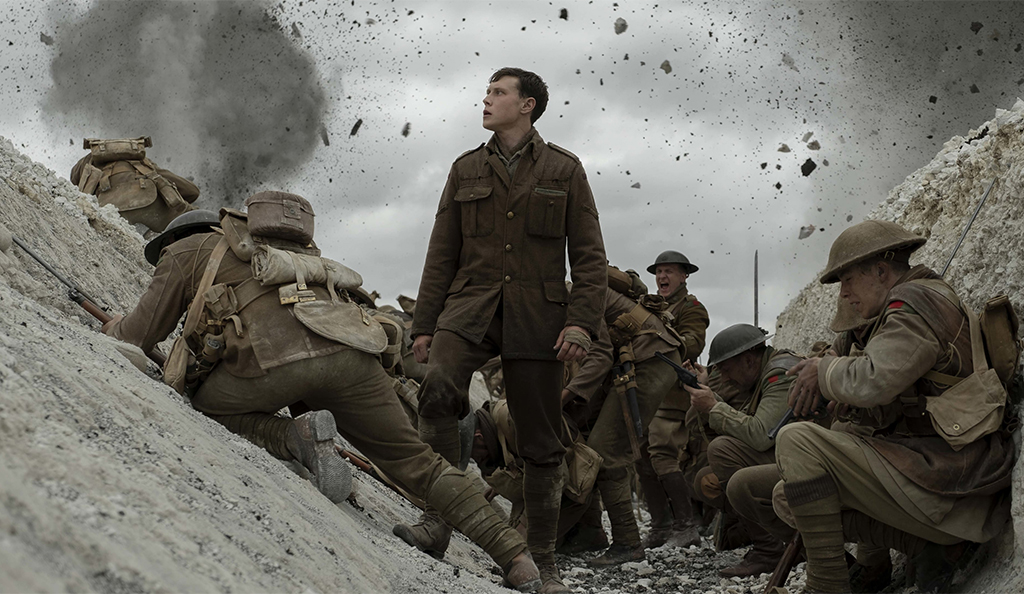 Martin Scorsese's 210-minute epic sees the reunion of some of the greatest actors of our generation – Robert De Niro, Al Pacino, Joe Pesci – and the culmination of a singular career, one of the most influential in the business. But his meditative mob movie seems to have slipped through the cracks: it went home empty-handed at the Golden Globes, and doesn't seem to be reaching so much of a consensus anymore.

World War I is depicted with blistering immersion in Sam Mendes' 1917, an illusory one-take mission into the trenches led by two young privates on a mission. For its technical brilliance and historical heft, it seems to have all the necessary ingredients to take home the big prize next month. 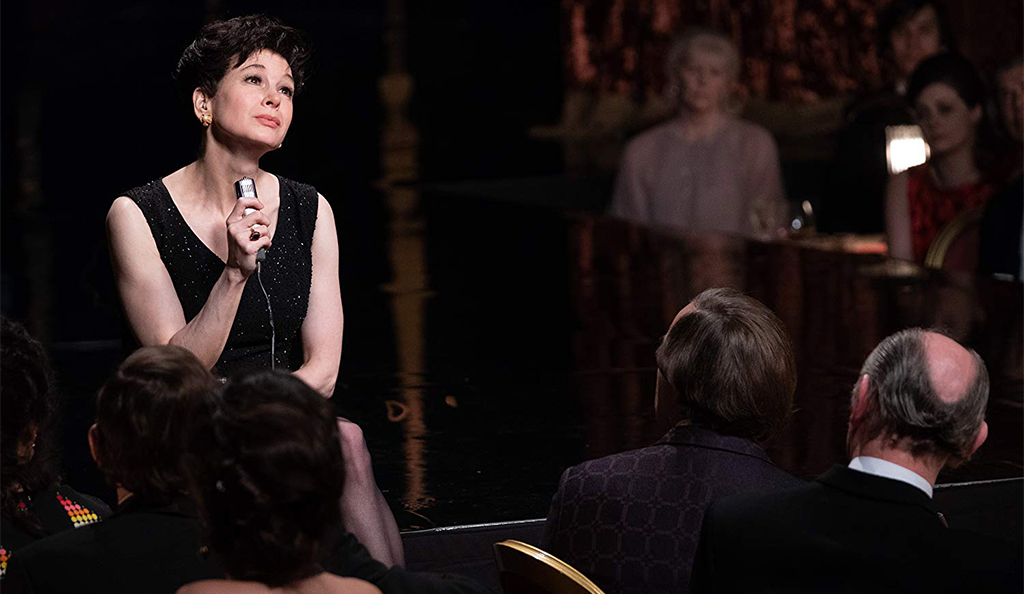 Should win: Lupita Nyong'o (Us) or Awkwafina (The Farewell)
Will win: Renée Zellweger (Judy)

In Jordan Peele's unsettling horror Us, Lupita Nyong'o puts in not one, but two of the most outstanding performances of the year. She's unhinged and fearless at once, an example of full-body commitment crying to be recognised. Awkwafina similarly harnesses untapped emotion in Lulu Wang's The Farewell, proving her dramatic chops are just as sturdy as her funny bone.

But it seems that Renée Zellweger has this one in the bag, as her role as Judy Garland vibrates with authenticity and shows little uncertainties. It wouldn't be an undeserved win, just less of an exciting one. 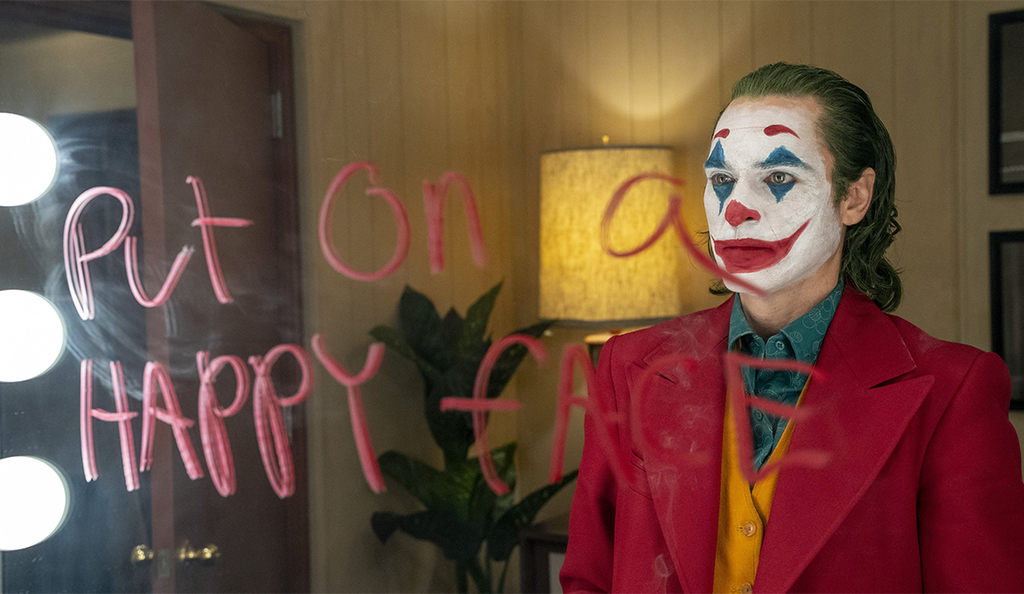 Since last year's early film festivals in Venice and Toronto, Joaquin Phoenix and Adam Driver have both been earning praise for their tremendous turns in two buzzy films this season. But Adam Driver's emotional intelligence as a soon-to-be divorced dad will most probably be eclipsed by Joaquin Phoenix's extravagant, disturbing metamorphosis into one of the greatest comic book villains of all time.

Best Actress in a Supporting Role 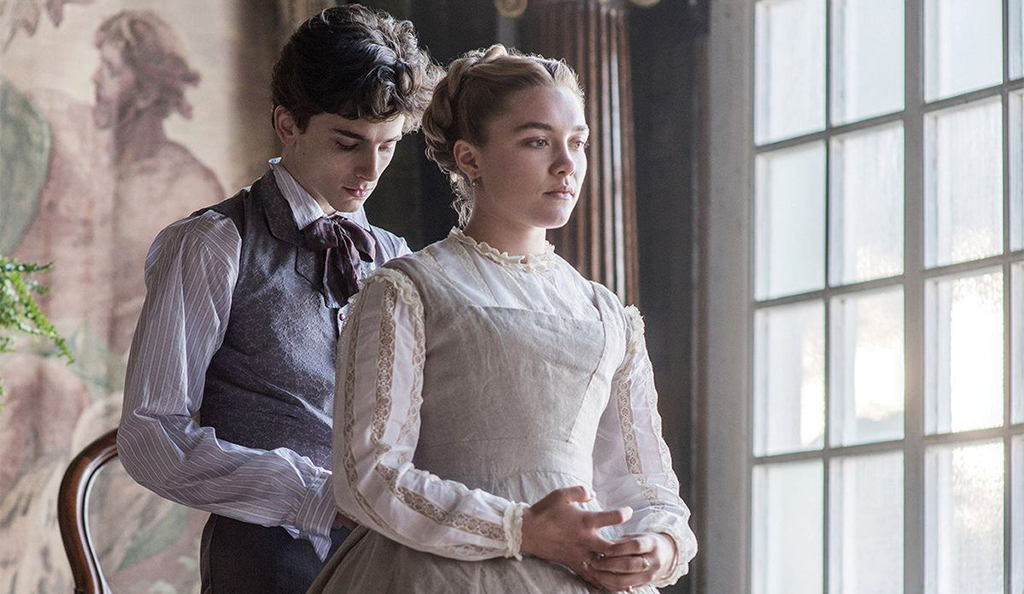 By now, Jennifer Lopez has certainly earned her place in Hollywood, and proved why she's not giving it up anytime soon with her incandescent performance in Hustlers. Elsewhere, Florence Pugh finally showed the world how to love Amy March in Greta Gerwig's take on Little Women – no mean feat for the sister always seen to be nothing more than a pest.

Laura Dern has been winning across the board for her role as scathing lawyer Nora in Marriage Story though, an impressive performance that harnesses the spiky attitude the actress first dug into with her role in Big Little Lies. However controversial it may be – we think she's more deserving for her sensitive take on Marmee in Little Women. 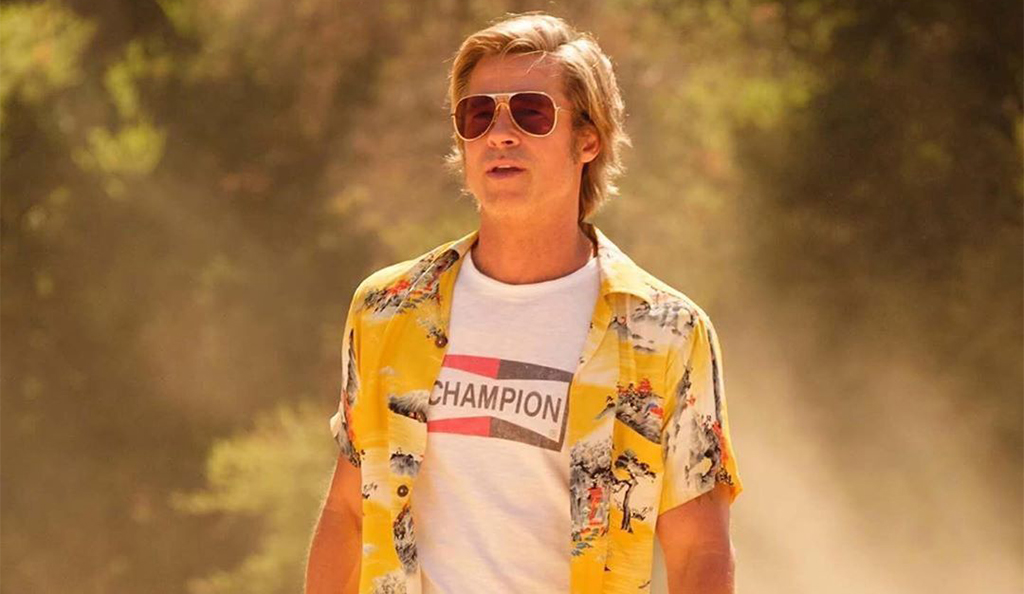 Should win: Tom Hanks (A Beautiful Day in the Neighborhood)
Will win: Brad Pitt (Once Upon A Time... in Hollywood)

It's never too much of an upsetting occasion to give Brad Pitt an award, and his effortless confidence as Hollywood stuntman Cliff Booth in Tarantino's Hollywood valentine Once Upon A Time... in Hollywood certainly makes sense as an award winner.

But Tom Hanks finds astounding delicacy in his meticulous performance as children's entertainer Fred Rogers, a national treasure in the US, in Marielle Heller's wonderful A Beautiful Day in the Neighborhood. If anything, Hanks may miss out because his casting almost seems to make too much sense – making voters nod instead of actually write his name down. 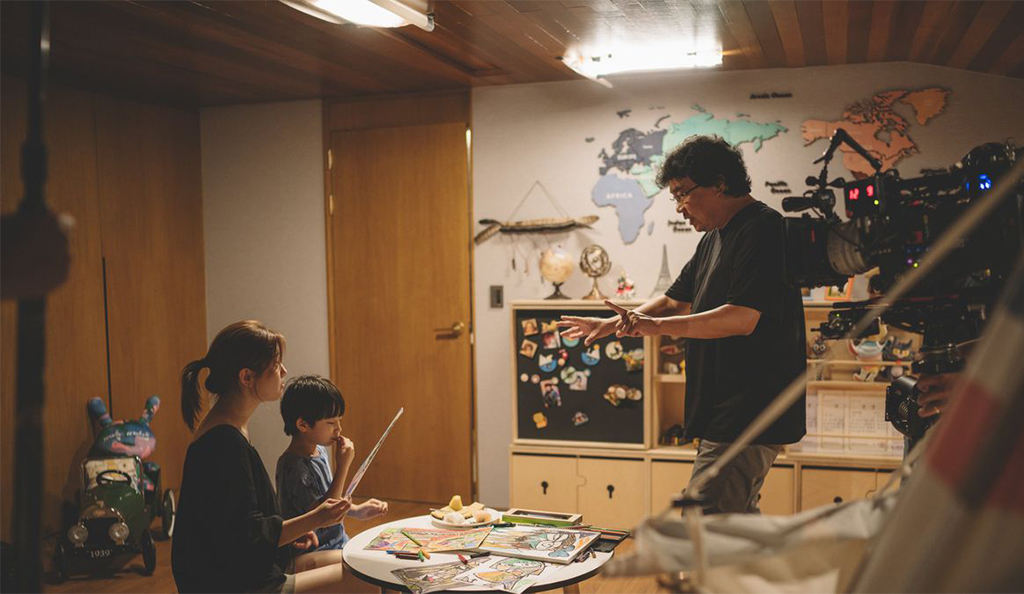 In an ideal world, Bong Joon-ho's outstanding Parasite would go home with many, many awards - including Best Picture to start. The delirious South Korean thriller has been unanimously adored for its imagination, its precision, its audacity ever since it premiered in Cannes last year. It would be a major coup to see a film not in the English language finally break through into these categories too.

Greta Gerwig also deserves praise, as her reimaginging of Little Women gives a reason for there to be yet another screen adaptation – this is the 12th. She brings all the courage and heart and sensitivity established on Lady Bird and finds the very best in her actors, and creates a world you can't help but fall in love with.

And yet, it does seem that Mendes has this one – because of the technical prowess but also the personal weight attached (the filmmaker dedicates the film to his grandfather who fought in the war, and gave him the seeds for this story), there's plenty to root for and celebrate from a tentpole name in Hollywood. 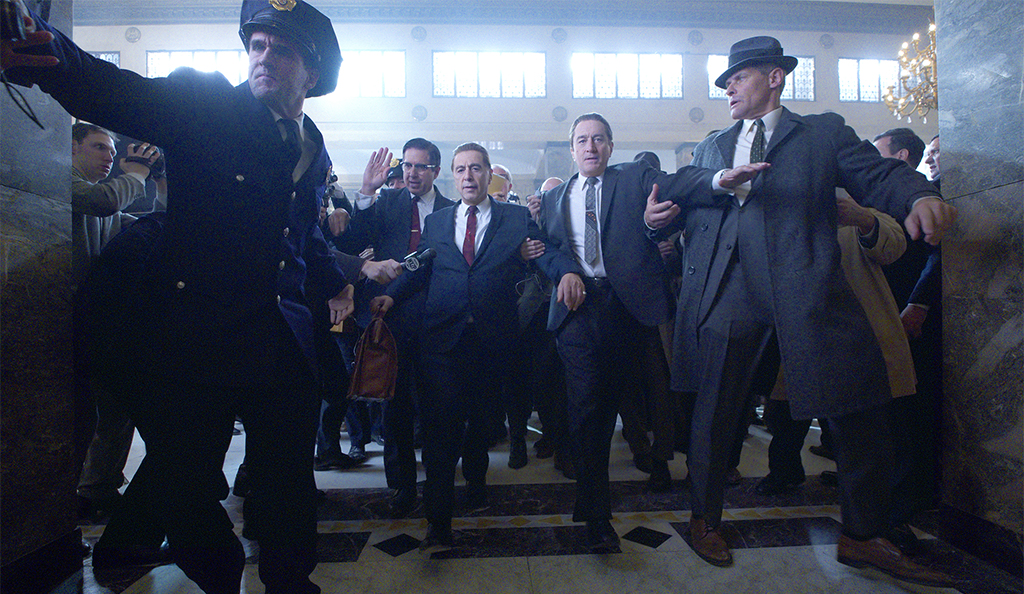 Should win: Steven Zaillian (The Irishman) or Greta Gerwig (Little Women)
Will win: Quentin Tarantino (Once Upon A Time... in Hollywood)

Greta Gerwig completely dismantles Louisa May Alcott's seminal novel and puts it back together in an entirely original way, creating two timelines the film flits between and resculpting lines to enhance heartbreak and make them feel fully contemporary.

But the Academy does love to vote for films that love the Academy – glorious love letters to Hollywood and all those who inhabit it. There's undoubted strength in the landscape Tarantino pens, here, and a wildly audacious way to rewrite a part of history too – it's an easy win. 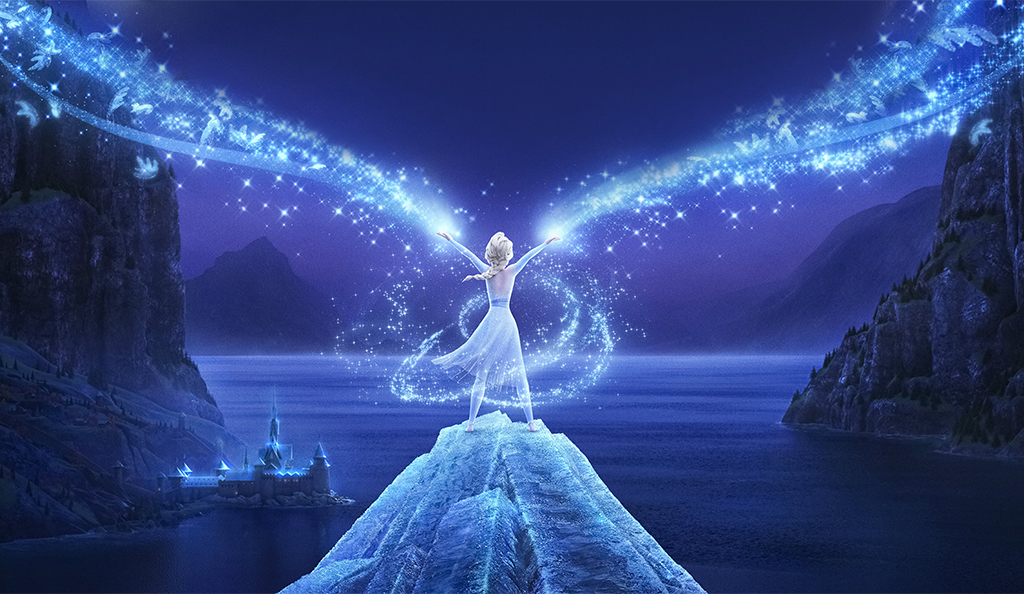 Should win: Into the Unknown (Frozen II)
Will win: (I'm Gonna) Love Me Again (Rocketman)

While Frozen II might not fully trump the originality of the original, the sequel certainly, somehow, found a way to write even better songs than before. There's a handful of worthy nominees, from 80s power ballads to proper musical theatre belters, but Idina Menzel's commanding vocals in 'Into the Unknown' deserve to blow everything else out of the water.

But Elton John is still entertainment royalty – Rocketman is an impressive and emotional biopic, and the artist's duet with his onscreen proxy, Taron Egerton, underlines the feelgood messages the film promotes, and the lessons it took the man so many years to learn.

Leonardo DiCaprio (Once Upon A Time in Hollywood)

Tom Hanks (A Beautiful Day in The Neighborhood)

Brad Pitt (Once Upon A Time in Hollywood)

How to Train Your Dragon: The Hidden World

I Lost My Body

I Can't Let You Throw Yourself Away (Toy Story 4)

I'm Standing With You (Breakthrough)

Into the Unknown (Frozen II)

Star Wars: The Rise of Skywalker