What to read from the Booker Prize long list

From inevitable heavyweights to intriguing debuts, we round up the most readable books from the 2020 Man Booker Prize long list 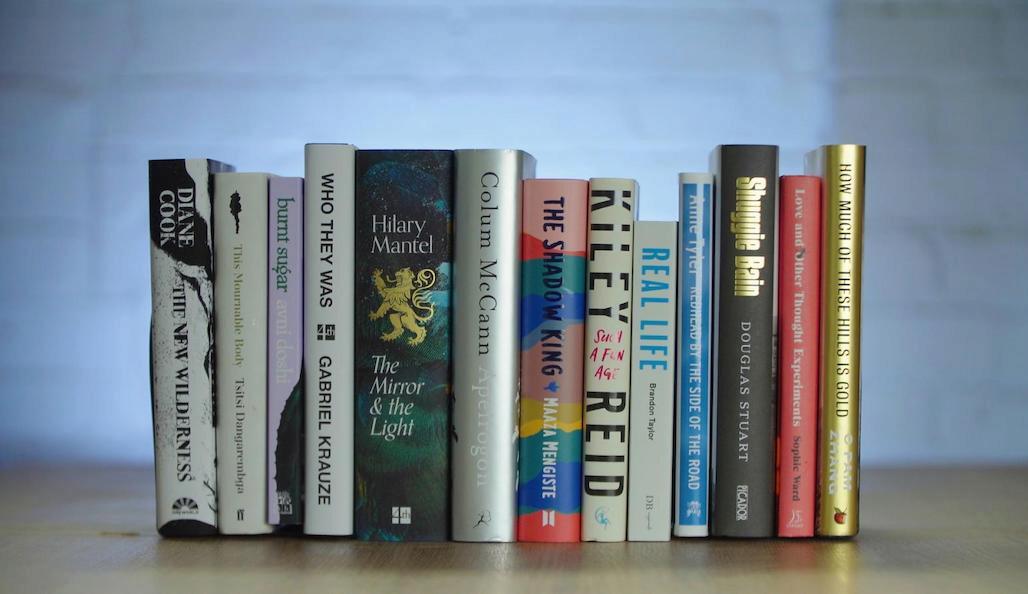 2020 Booker Prize long list
Enrich your summer reading and discover contemporary literature's brightest talents by getting stuck into the 2020 Man Booker Prize long list. Whittled down from 162 novels published in the UK and Ireland between 1 October 2019 and 30 September 2020, the 13 titles span inevitable big-name writers and intriguing debuts.

Writer and editor Margaret Busby, who is chair of the 2020 judging panel, says this year's 'Booker Dozen' showcases 'well-crafted prose, the mastery of detail, the arresting sentence, the credibility of the narrative arc, the ability to use to the full, the resources of storytelling.'

Literary director of the Booker Prize Foundation Gaby Wood describes how debut writers make up more than half of this year's list: 'It is perhaps obvious that powerful stories can come from unexpected places and in unfamiliar forms; nevertheless, this kaleidoscopic list serves as a reminder.'

And as the publishing industry has been rocked by Covid-19 restrictions and charges of racial inequality, it is heartening to see new voices and writers of colour featuring prominently in the running for the £50,000 prize.

The Mirror and the Light, by Hilary Mantel
Considering books one and two of Hilary Mantel's Tudor trilogy both won the Man Booker prize, it's no surprise that the final instalment, The Mirror and the Light, is a frontrunner for the 2020 trophy. Capturing the final years of Thomas Cromwell's life, Mantel maintains the scope, intimacy and aching humanity that make this historical fiction series such a triumph.

Such a Fun Age, by Kiley Reid
This insightful and arch story about a young black nanny and her wealthy white employer signalled the arrival of a luminous new talent. Debut novelist Kiley Reid writes with vitality and flair about vital issues, conjuring the kind of fast-paced plot you want to inhale in one sitting. Culture Whisper's tattered, dog-eared proof copy is, well, proof that this is the kind of book you push on to a friend after reading.

Apeirogon, by Colum McCann
Apeirogon is the mathematical term for a shape with an infinite number of sides, and it’s this endless multiplicity that shapes award-winning Irish writer Colum McCann’s story of two men divided by conflict but connected by loss. Rami Elhanan lives in Israel; Bassam Aramin lives close by, but worlds apart, just over the border in Palestine. Both men are grieving for daughters who were killed as a result of the border conflict.

Burnt Sugar, by Avni Doshi
Avni Doshi's bitterly funny debut follows Tara, a former wild child who lived for making trouble but is growing increasingly frail and forgetful. As Tara's daughter must care for the mother who spent her own life being totally careless, the devotions, resentments, myths and memories of family life slide into sharp focus.

The New Wilderness, by Diane Cook
After the success of her short-story collection Man V. Nature, Diane Cook's debut novel gives another perspective on climate change. This daring, dazzling story follows City-dwellers in a post-apocalyptic world who must learn how to connect with Wilderness and leave no trace. As the challenges of living with nature threaten family bonds, our impact on the planet becomes both personal and political.

Who They Was, by Gabriel Krauze
London's violent underbelly powers this dark, autobiographical story of honour and revenge from debut writer Gabriel Krauze. Artful prose crafts a disturbing reality, unseen by so many of us, and impossible to forget after reading.

Real Life, by Brandon Taylor
This debut novel from American writer Brandon Taylor follows a young, queer black man from Alabama as he attempts to live authentically in a predominantly white Midwestern university town. Set over one turbulent weekend, it's a discomforting story of ingrained racism, repressed trauma and alienation.

Redhead by the Side of the Road, by Anne Tyler
Prolific storyteller Anne Tyler explores missed connections and changing perspectives in this warm and witty novel about an idiosyncratic middle-aged man whose meticulous life is thrown into disarray by the arrival of a teenager claiming to be his son. In typical Anne Tyler style, this short but affecting story champions unremarkable and ordinary life in Baltimore.

The Shadow King, by Maaza Mengiste
Maaza Mengiste's second novel takes inspiration from her own family history to shed light on the African women who went to war during Italy's 1935 invasion of Ethiopia. It's a dense, detailed and little-known part of history, brought to life in lyrical prose.

How Much of These Hills is Gold, by C Pam Zhang
This dynamic debut plays with the trope of the Wild West, filtering the American mainstay through the eyes of destitute Chinese orphans. Mingling the mythology of cowboys and colonisation with a more nuanced study of trauma and persecution, C Pam Zhang crafts a powerful and original American epic.

This Mournable Body, by Tsitsi Dangarembga
Zimbabwean writer Tsitsi Dangarembga returns to the protagonist of her acclaimed 1988 novel, Nervous Conditions, to show how potential – both personal and political – can collapse into disappointment and desperation. As Tambudzai is forced to return to her impoverished home town, the weight of colonialism and capitalism becomes increasingly stifling.

Shuggie Bain, by Douglas Stuart
Transporting you to 80s Glasgow, Shuggie Bain is a gut-wrenching coming-of-age story about trying to find normality in a whirl of poverty and chaos. Tough, gritty and unflinching, Douglas Stuart's debut novel builds an all-consuming portrait of working-class life.

Love and Other Thought Experiments, by Sophie Ward
This mind-bending debut takes you on a philosophical journey through notions of love, loss and identity. Actor-turned-writer Sophie Ward's experimental story is split into interlinking narratives, which draw on history's most famous thought experiment to challenge our perceptions and power the fictional love story.