Perfectly dotty: Yayoi Kusama takes us to the cosmos - and not without a pumpkin or two

“I think I will be able to, in the end, rise above the clouds and climb the stairs to Heaven and I will look down on my beautiful life.”

So says Japanese artist Yayoi Kusama. And visitors of her cosmic new Victoria Miro Wharf Road show climb these stairs to heaven with her.

Kusama has brought three ‘Infinity Rooms’ to Islington; mirrored convex chambers, each with some flickering light source. When you step into the room alone, and the door is closed behind you, everything is suddenly infinite. You are suspended in a kaleidoscopic cosmos. Dimension upon dimension tumble about your feet; the effect is thrilling. (It also, crucially, has enormous selfie-potential. Instagrammers are sure to flock here in droves.) 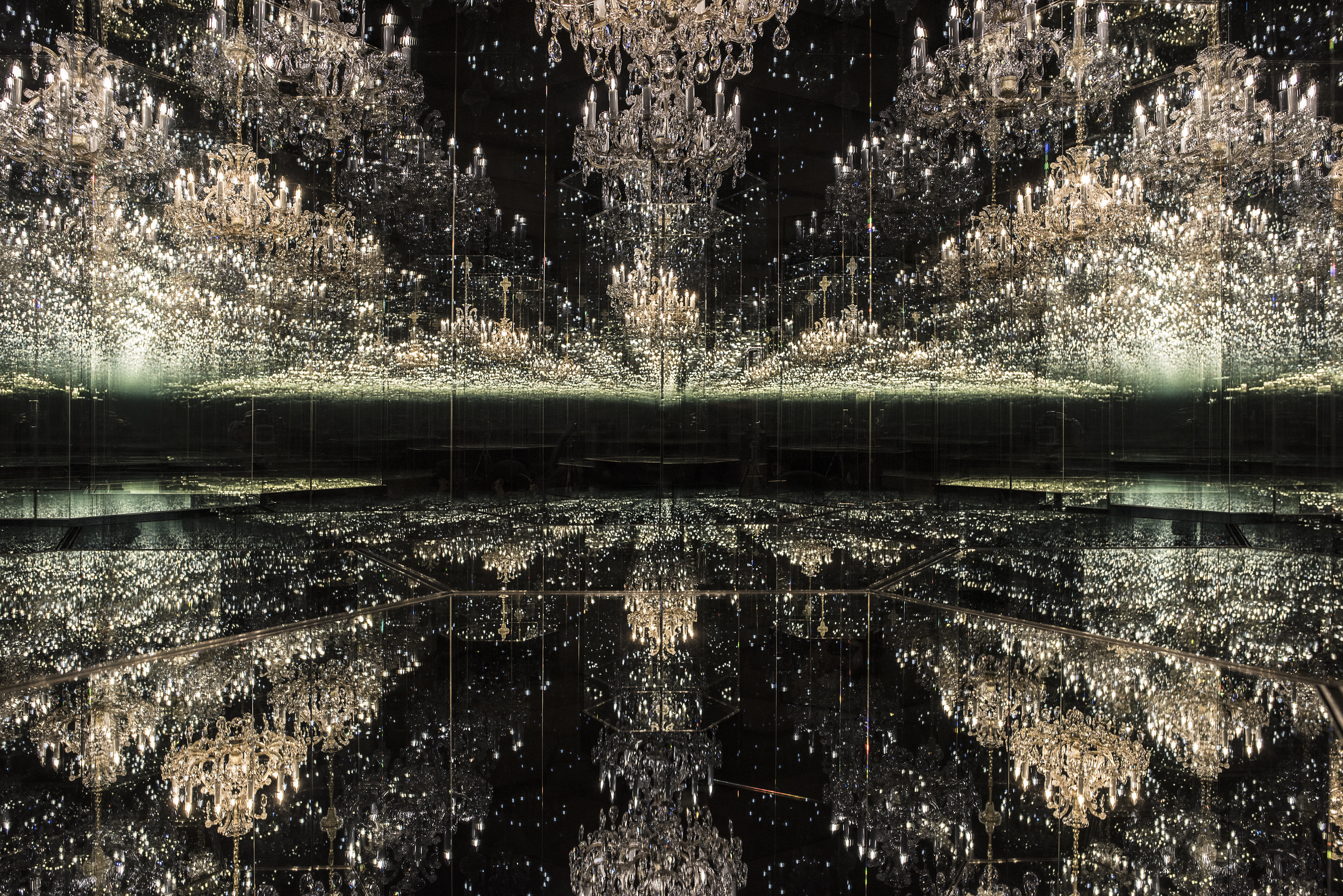 Now well into her ninth decade, Kusama has always dealt with the psychedelic and hallucinatory. She has lived in a psychiatric hospital, voluntarily, since 1977; both fearing and nurturing insanity. Her trademark polka dots have spread like a rash over sofas, walls, cats, people, houses, rivers, fields. These obliterate the self, Kusama says, and represent something universal. “Polka dots can't stay alone.”

Since her 2012 Tate Modern retrospective, the British art scene has gone dotty for Kusama. Born in backwoods Japan in 1929, she moved to arty downtown New York at the dawn of the 60s, where her work sat extremely well with prevailing trends of Pop Art and psychedelia. She became involved in the performance art scene, staging ‘happenings’, often with a radical political motive. You can see some (nude) photos of these happenings over at the Tate Modern's Performing for the Camera.

Aside from polka dots, Kusama’s other great motif is the humble pumpkin. She is fascinated by them; and these bulbous gourds are out in full force at the Victoria Miro show. The squat bronze and black sculptures are full of humour, but also possess a strange dignity – nobility, even.

One of Kusama’s mirrored Infinity Rooms is filled with yellow glowing pumpkins, which are multiplied a thousand-fold. You are immersed in an enchanted vegetable patch, and end up feeling very small indeed. 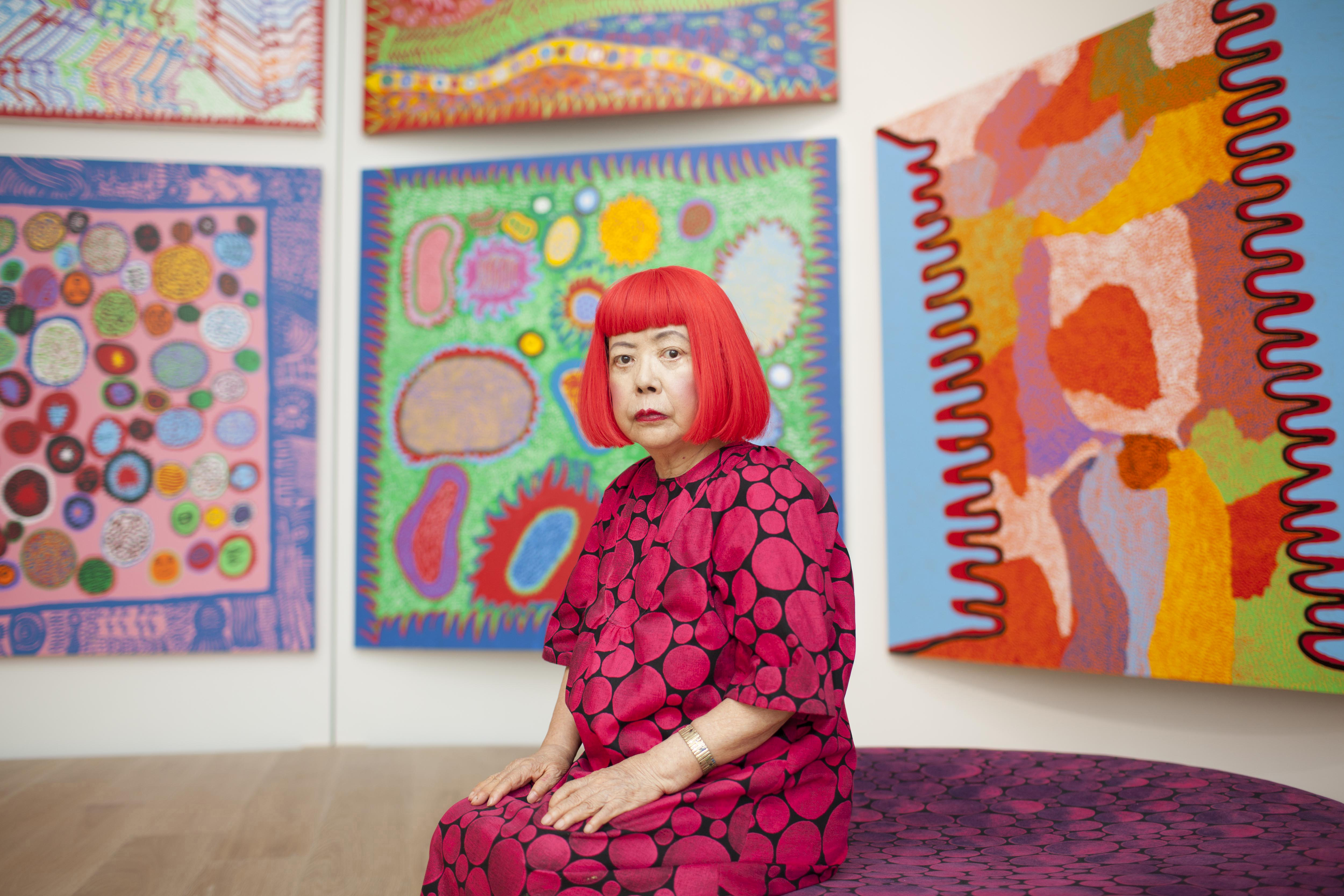