The New Royal Academy of Arts opens this May, in time to celebrate its 250th anniversary

The New Royal Academy of Arts opens this Saturday, in time to celebrate the institution’s 250 year anniversary 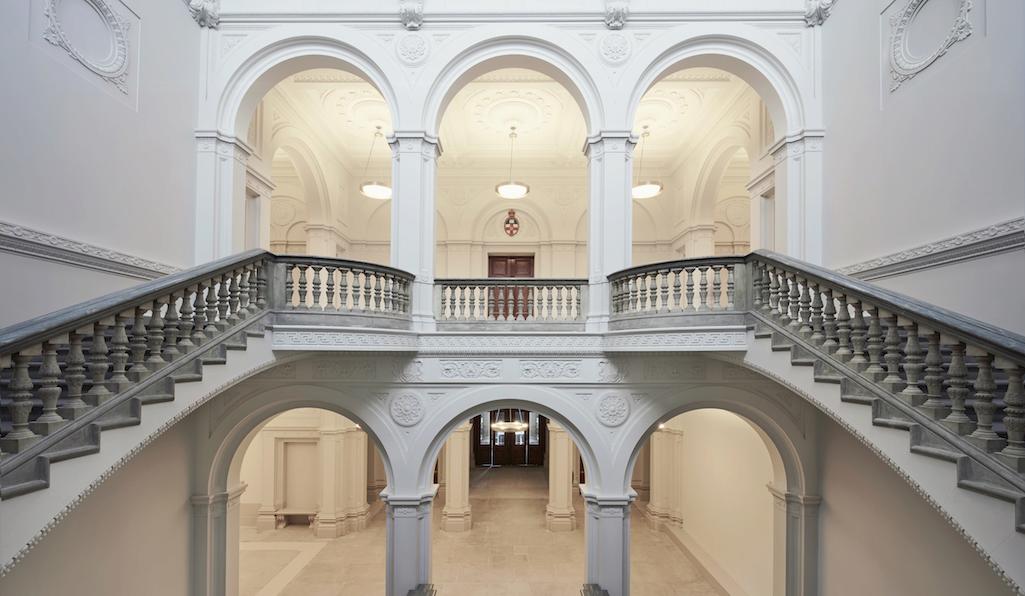 The New Royal Academy of Arts: The Wohl Entrance Hall. C. Rory Mulvey
2018 is a big year for London’s Royal Academy of Arts (RA). Not only is the institution celebrating 250 years, but this month its major redevelopment (first announced in 2015) is opening, linking its original site at the 17th-century mansion Burlington House with Burlington Gardens: a Grade II listed 19th-century former university building which the RA purchased in 2001. In uniting the two-acre campus, the project is expected to provide the academy with 70% more space. 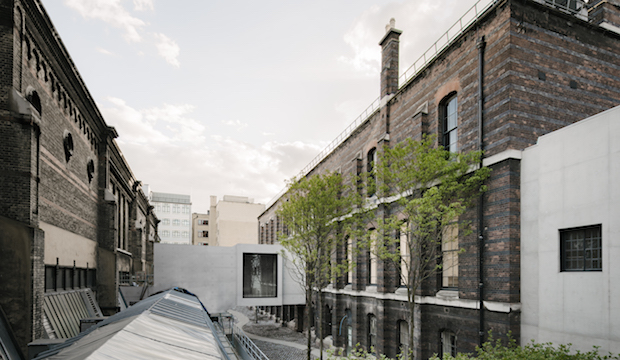 The New RA, opening 19 May 2018, has been designed by English architect Sir David Chipperfield RA. The new campus will allow visitors to wander freely from Burlington House to Burlington Gardens, while creating new spaces for making, exhibiting and debating art and architecture. The space has also greatly opened up visibility to the RA Schools and is now, also home to a third suite of galleries, The Gabrielle Jungels-Winkler Galleries.

The RA has been based in Burlington House since 1867 – then an airy suburb at the edge of town, but today, very much in the centre of the London bustle. Sir David Chipperfield described his £50m renovations to the Royal Academy’s two-acre site as: 'A small amount of architecture for a profound result.' The project, he said, is an 'architectural solution embedded in the place itself.'

Sir David, who first won the competition to redevelop the RA seven years ago, said: 'You will see the Cast Corridor and you will see where the RA schools have been all this time.' Chipperfield’s other recent projects have included the restoration of the Neues Museum in Berlin and the design of two new and already prominent British galleries – Hepworth Wakefield and Turner Contemporary in Margate.

Among the notable exhibitions at the New RA is Tacita Dean: Landscape, which inaugurate the new Gabrielle Jungels-Winkler Galleries in Burlington Gardens. Also new is the Royal Academy Collection Gallery’s exhibition: The Making of an Artist: The Great Tradition which highlights significant works from the RA collection, including the Taddei Tondo by Michelangelo, the RA’s sixteenth century copy of Leonardo da Vinci’s The Last Supper and Michelangelo's marble carving of The Virgin and Child with the Infant St John, c.1504-05. 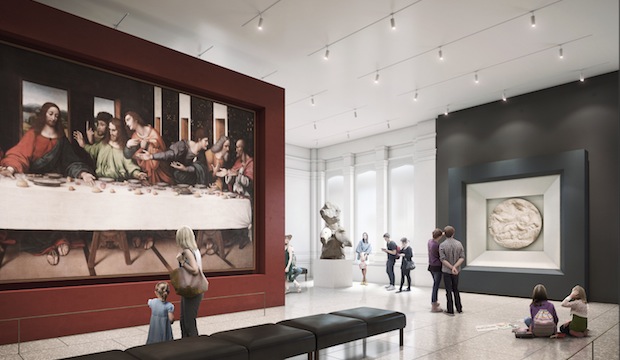 Meanwhile, the Architecture Studio within the Dorfman Senate Rooms will aim to provide a creative space for audience engagement, while the Ronald and Rita McAulay Gallery – located at the entrance to Weston Bridge, which will connect Burlington Gardens to Burlington House – will stage site-specific installations by Royal Academicians.

Fans of the RA will be pleased to hear that the New RA will open in time for the Summer Exhibition, which has run annually since 1796. This year the exhibition will be on show from 12 June – 19 August with the theme ‘The Great Spectacle’, telling the story of 250 years of the Summer Exhibition – which is the world’s longest running annual display of contemporary art. 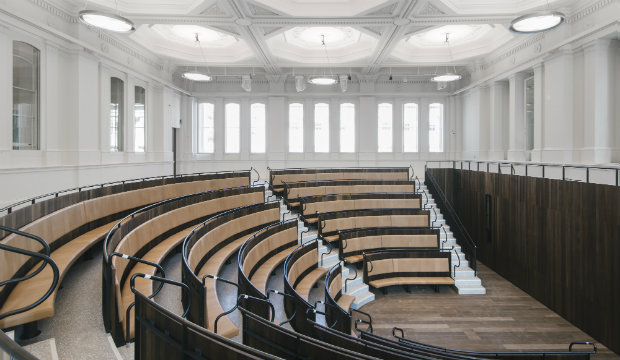 Self-described as ‘the place where architecture intersects with the visual arts’, the RA has always been as much about architecture as art. As well as continuing to elect architects to become Royal Academicians for the academy each year, the RA recently launched its Architecture Awards, honouring both new talent, with the Dorfman Award, and an enduring contribution to the culture of architecture with the RA Architecture Prize. Charles Saumarez Smith, Secretary and Chief Executive, Royal Academy of Arts, said: 'We are, first and foremost, artist and architect-led, home to a community of the world’s greatest artists and architects.'

The RA’s upcoming Architecture Programme is jam-packed with events, including: a talk with the architect Anna Puigjaner on invisible landscapes and how technology is transforming the home; the RA Lego architecture challenge; and the Big Family Architecture Day, which will be held on 10 June in the new Burlington Gardens premises and will celebrate 250 years of the RA through a programme of family-friendly architecture activities.

The RA will be kicking off the celebrations this Saturday is a free, weekend-long art party, for which the public are invited to come and take part in a series of free workshops, tours, displays, late night performances and DJ sets. The two-day party will also be a chance to see the new Tacita Dean exhibition, featuring the leading artist’s interest in landscape phenomena – from the unspoilt landscape of Bodmin Moor in England to the open rangelands of Wyoming in America.

While for those looking for something a little more academic, as well as running a series of lectures and discussions, the RA will host several short courses over the summer including the upcoming weekend-long art theory course: ‘Urban identities: art, architecture and the right to the city.’

The public are also invited to join the RA for a week-long public celebration of architecture from 2 – 6 July 2018. Events will include the live announcement of the Royal Academy Dorfman Award winner on 4 July, and an address by Japanese architect Itsuko Hasegawa, recipient of the first Royal Academy Architecture Prize.