'If there is a joke, the joke's on us' We review Conceptual Art in Britain at the Tate

“The content of this painting is invisible; the character and dimension of the content are to be kept permanently secret, known only to the artist.”

This sentiment, found in Mel Ramsden’s 1967 diptych Secret Painting, neatly sums up this recondite, prohibiting exhibition. Once again, the Tate Britain has left us cold.

That said, mounting an appealing exhibition around this much-maligned movement is no mean feat. Conceptual art emerged in the ‘60s, long before sharks met formaldehyde or Tracey Emin neglected to make her bed. This art was about ideas, not contemplation. The movement produced philosophical, political and wilfully difficult works, where theory became the art itself. 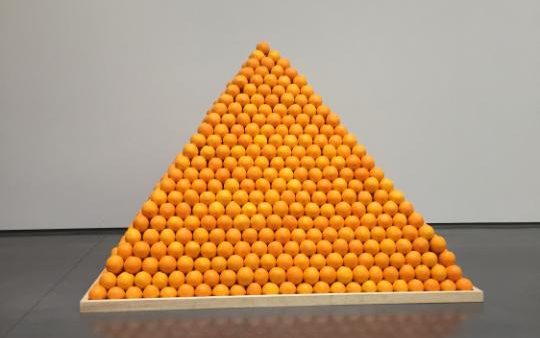 Sure enough, much of the work on display in is dry, baffling and self-satisfied. Walking into the first room, we’re immediately confronted by an enormous pyramid of 5,800 oranges, entitled Soul City. Visitors are instructed to take an orange, in order to alter the sculpture’s ‘molecular structure’ and to ‘dematerialise the work through visitor participation’. Next to it is a pile of sand, called ring’n ’66. Not one, but two plain mirrors impersonate artworks. Stephen Willat’s rudimentary grid of squares and arrows adapts ‘the cybernetic idea of the homeostat to model a view of society that is self-organising’. Hmmm.

Conceptual Art in Britain is exceptionally text-heavy. Perhaps this is unsurprising, given how much these works lean on theory. But with loquacious display labels, endless manifestoes, Saussurean treatises and verbose artworks, you feel like you’re walking through somebody’s doctoral thesis, brow firmly furrowed. By the third or fourth room, only the most determined of visitors persevere with this onslaught of words. 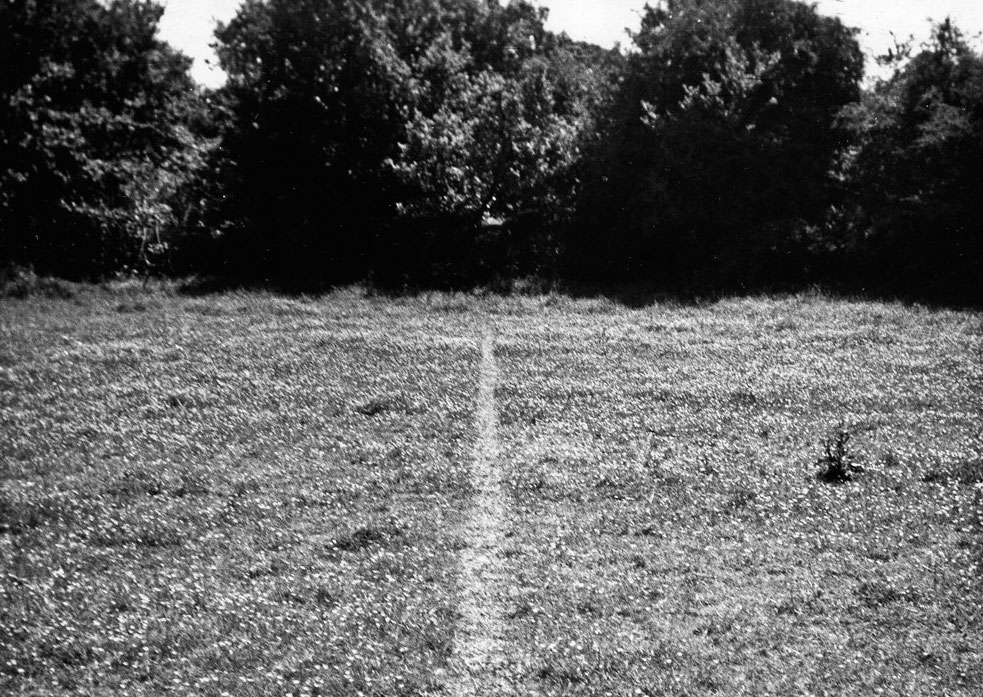 Detail: A Line Made by Walking, Richard Long Courtesy of Tate Britain

It’s not all bad. Richard Long’s work, as ever, is lyrical and convincing. We’re given his 1967 work A Line Made by Walking, a seminal piece, which challenged the way artists relate to land. Where traditional landscape painting depicts a scene from a fixed point of view, Long's photograph of his own footprints trailing behind him in the grass, proposed that his own movement is important as a work of art. It is the opposite of a static picture. The traces left by Long's body as he walks – and the arrangements that he makes with the materials that he finds, such as stones, chalk, and clay – constitute a human dialogue with nature.

Hamish Fulton’s work is similarly soulful. He describes himself as ‘a walking artist’, and his work is made up of texts and photographs, which document his journeying. It’s the kind of stuff you could look at all day: sunsets over Lake Titicaca, pelican feathers in snow, reeds, mountainsides.

Michael Craig-Martin’s infamous 1973 breakthrough An Oak Tree (above) is here in fine fettle. This work is a glass of water, next to a note, which explains in tricksy theoretics that the object is actually an oak tree.

The concept is lost on some, however: in the ‘70s Australian Customs barred the piece from entering the country because it was foreign vegetation. Craig-Martin had to explain that it was, actually, a glass of water.

The final room, which takes us into the mid ‘70s, is a somewhat livelier, as conceptual art begins to take on stridently political voice. Conrad Atkinson’s Northern Ireland 1968 - May Day 1975 1975–6 is an activist series of photographs of Belfast, juxtaposed with text printed on orange, white and green cards. The suffering imposed by The Troubles rings out loud and true. And Mary Kelly’s surprising Postpartum Document, in which she charts conversations with her infant son, is tinged with all the joy and fear of motherhood.

And yet, these buoyant moments aren’t enough to carry this exhibition, which is one of the most challenging we’ve seen in years. It is wintry - quite literally drained of colour: British conceptual art speaks, it seems, in the brusque language of monochrome. The show feels humourless, too: if there is a joke, the joke’s on us.

In short, unless middle-aged men debating semiotics and clutching oranges is your thing, perhaps you’d better give this one a miss.