Setting a precedent for elaborate fakes? A key image of the Walpoles is restored to their family seat- in the form of a 3D print

Now it announces a new addition to its collection- the restoration of an important family painting from 1754 to its original blue bedchamber hanging- a double portrait of Horace Walpole's parents, including Prime Minister Sir Robert. But here's the twist - it's a 3D print. 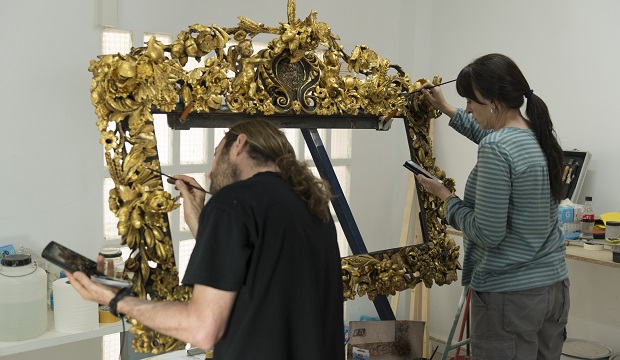 Horace Walpole, son of the prime minister, himself a politician, antiquarian, writer of the first gothic novel and sometime architect, designed Strawberry Hill House as his summer villa. The house itself is a reproduction- of medieval architecture as fetishised by the 18th century.

2018 will be marked by a special project to return Walpole's family treasures to his house. Thus commences a treasure hunt to find the his scattered possessions.

Most interestingly, where pieces cannot be returned, they are being reproduced, as the director Nick Dolan says to "fill the gaps". This most recent fake, shown at Masterpiece London in July, was repeatedly pronounced "scary" by art professionals for its complete likeness to an original.

It's frame "is a wonder", wildly elaborate, three dimensional and resplendent with gilded fruits, putti, birds, ears of wheat. It's too fragile to transport out of its current hanging in Connecticut, so three technicians travelled to record the original, taking 400 high-res photos, then reconstructing over 6 months in the Milan studio. 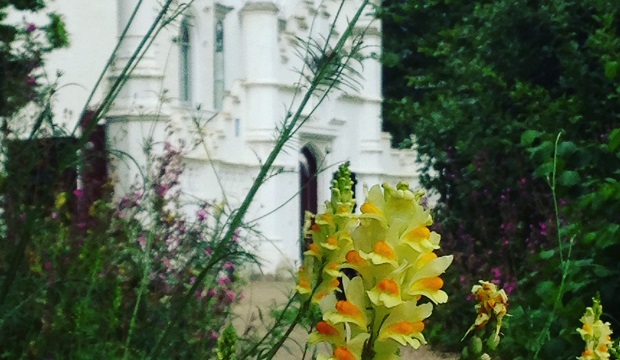 "Authenticity not originality"- this is the mantra you need to believe when you visit. Factum Arte are behind the reproduction. Luckily for us, Adam Lowe, their charismatic director, is as convincing as the picture.

It's perched on an easel and lit from the window to one side: the light casts a freshening glare over the texture of the surface. Lowe, “The very first thing you see is the reflection of the surface of the painting so you believe it straight away. You see the slight relief of the whites which is so important... and a number of other details that let you suspend disbelief”.

Factum Arte make Grayson Perry’s tapestries, are investigating the tomb of Tutankhamen and championing reproduction- not fakery, according to Lowe- "for me it’s the opposite- it's verisimilitude, it's about revealing more of an object through a copy." It's also a vital record in case the original is destroyed.

We come away, not wary, but thoughtful about the art of reproduction. It's perhaps something unfashionable in an age of auction bidding wars but it's clearly a practice that needs to come out of the shadow of fraudulence to be viewed in light of record keeping.

Strawberry Hill House itself is a small wonder but it's sadly currently near-empty. There is little to see and much which is waiting to come back to this special space.

Watch this space though: in 2018 the major exhibition of Walpole's collection will finally come home... but only for a matter on months. Until then, we're left asking whether reproductions are ever enough.