180 The Strand unveils a breathtaking immersive project by Japanese electronic composer and visual artist Ryoji Ikeda, taking us on a cyber-technological sensorial experience

The Japanese electronic composer and visual artist’s digital project orchestrates sounds, visuals, materials, physics and mathematics to explore the infinates. It demands of the viewer a genuine physical effort and pushes our human senses to new sonic and visual extremes.

As we plunge underground into the dark maze of 180 The Strand, our vision is immediately challenged by an unbearably bright white tunnel. We then find ourselves at the mercy of gigantic speakers providing a unique soundtrack that could pulverise our eardrums if modulated at a slightly higher pitch. 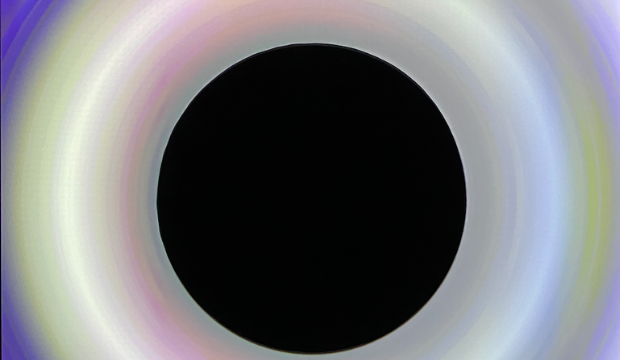 If the power of those speakers hints at our fragility, there is still a lot to come. A giant eye – called Point of no Return – mesmerises us and we are then led to a vast room filled with immense screens. Each of the featured images – stars, cortex, cells, atoms, data – is a reminder of our terribly small human condition in this vast universe, while the bursts of static sound and cascade of coding lines reflect on the technology that has engulfed our humanity.

It is literally overwhelming. 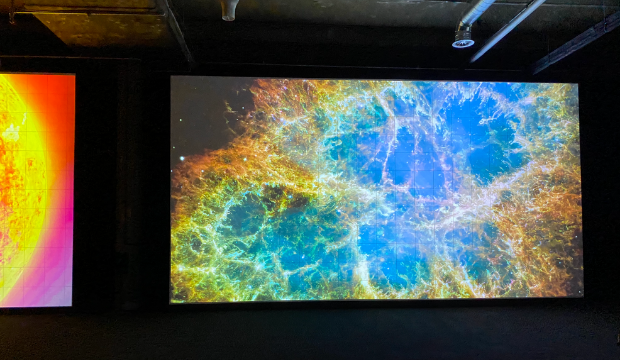 Coming out of the darkness belittled by the monumental nature of Ikeda’s installation we leave it feeling the same way about human life and the human condition; powerless passengers of a vast and unfathomable show. Not for the faint-hearted and not to be missed. 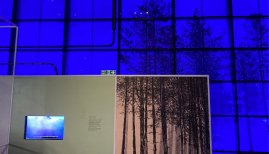 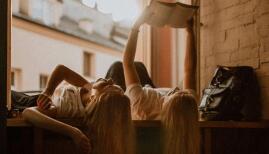