3 CW readers are interested
Europe 1600 – 1815, V&A review 5 Europe 1600 – 1815, V&A review Ella Cory-Wright
The V&A's new suite of galleries, Europe 1600-1815, are nothing short of a triumph: the sort of thing that make you proud to be a Londoner. Through the glorious carved entrance, just to the left of the main hall, the seven rooms are filled with well over a thousand objects, that reveal a rich, dark chapter of European history.

Plague, ecstasy, high art, lowlives, fire and brimstone are all here, as are the trappings of war, religion and rule. But this permanent display also acquaints us with the quirks and customs of everyday life; the gossiping over tea-sets, the lapdogs, the superstitions, the solemnities of male-grooming.

The rooms are chronological: we're met with Bernini's magnificent marble masterpiece, Neptune and Triton, and then move through outsized Italian early Baroque designs, through Dutch Golden Age interiors and carnivalesque Venetian pieces, to Parisian Rococo and the courts of Louis XV and XVI. We watch as the locus of fashion switches from Italy to France, and designs become lighthearted, moving away from the Catholic sermonizing impulse of early Baroque. Post Enlightenment, the galleries literally get brighter: the walls become pistachio green, rather than the murky, bloody hue of Bernini's darker ages.

The new galleries are stunning and completely unrecognisable from their previous, 70's-designed incarnation; high-ceilinged, full of light and air, and supremely un-congested - no mean feat, considering how elaborate and cumbersome most of the pieces are.

There are ingenious touches to the design, that force you do consider objects not as static, erstwhile relics, but as part of the world that they came from, and full of humanity.The displays appear to float in their glass cases, and are at differing heights, freed from the monotony of traditional glass cabinets. A German suit of armour has been raised high above eye level, and is arranged as though astride a horse, surrounded by floating objects such as a gun-powder box, pistols and rapiers. This is a hugely dynamic display, much more alive than the dull standing pose we're used to from armour in museums. 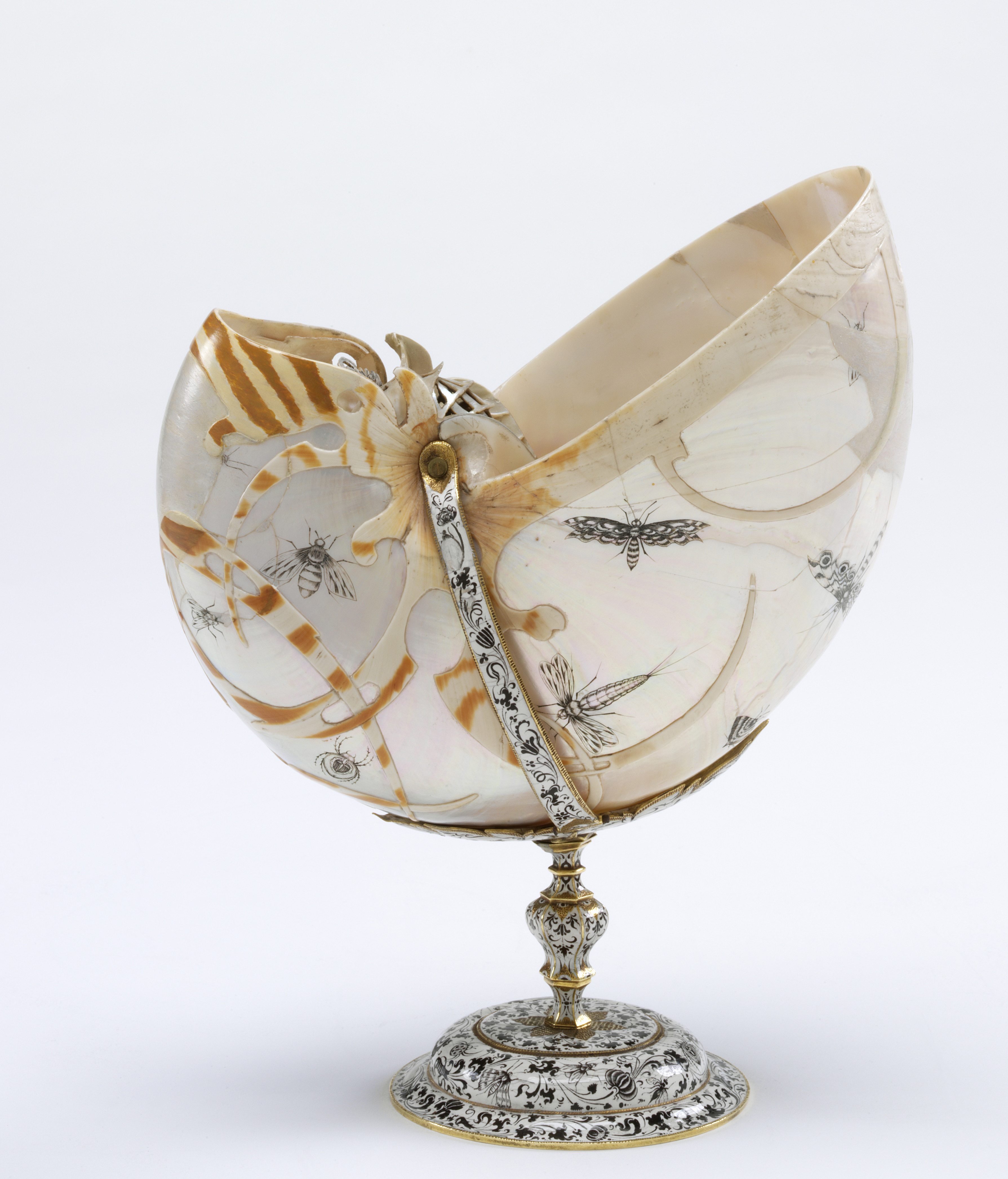 A magnificent gold and silver dinner service, presented in 1816 by the Portuguese government to the Duke of Wellington, is arranged in an exuberant bouquet, which spirals upwards. In places, the objects are arranged so as to give a sense of a room; we feel we're in a Dutch living room, for example, looking into a corner complete with tapestry, carpet, table, lamp and birdcage.

There are three remarkable chambers, off the main rooms, which are joys to behold. The V&A have recreated three complete interiors: a panelled bedroom from a Norman manor, an Italian mirrored chamber and a French pleasure room, from the late eighteenth century. These period rooms are sheer pleasure; you want to stay all day, to sit and play the harpsichord by candle-light, nibbling on dainties.

Far from the stultifying survey that its title suggests, Europe 1600-1815 is full of fun and humour. The sheer absurdity -hideousness, even- of some of the objects is hilarious, and a vivid reminder of the transience of tastes and fashions.

The lurid waxwork relief Time and Death, for example, which features shockingly lifelike rotting corpses, and feasting rats, was made by a nun, Caterina de Julianis. It's slightly tickling to think of the chaste Woman of God rendering exposed intestines with such vigour and glee.

Deny's van Asloot's painting of 1616, The Triumph of Archduchess Isabella is a fabulous thing, depicting a guild procession through the streets of Brussels. The painting was commissioned by, and celebrates, Isabella, who was crowned Queen of the Guild after successfully shooting a jay chained to a church spire with her bow and arrow. The work gives wonderful insight into the 17th Century spectacle and imagination: jesters leer from cages, while lapdogs cavort with mythical creatures and decorated ponies prance about: all totally mad and wonderful.

The Triumph of the Archduchess Isabella in the Brussels Ommeganck Denys van Alsloot, 1616, Brussels (c) Victoria and Albert Museum, London

The 'hurdy gurdy' (look it up), the tiny organ which taught caged songbirds how to sing, the enormous perfume burners and minuscule pieces of tea-set. These small curiosities become more moving than the works of religious terror, or the 'Vanitas' still lives: meditations on the inevitability of death and the transience of earthly glory.

A wonderful display, capable of cheering up the rainiest of afternoons.