Portraiture from one of the finest Spanish artists at the National Gallery: Goya’s sitters come to life in this highly anticipated 2015 exhibition

To curate a compelling exhibition of 17th and 18th Century society portraits is no mean feat. Lords, ladies and little masters stand stout and powdered on pastel landscapes. They are furnished with all the paraphernalia of status; muskets, fans, jewels, military sashes. Members would commission these pictures, at quite the sum, for one reason only: to assert their superiority. The works are therefore repetitive, and very quickly become dull.

But, as the National Gallery’s fantastic autumn exhibition proves, Goya’s were something quite different altogether.

Walking into the show, you wonder if any Goya could be as riveting as his nightmarish Black Paintings, or his wonderful little witchy drawings, which were exhibited at the Courtauld earlier this year. But each portrait in the exhibition clutches at you in some way. It could be the way light falls on a cheek, or a slight cock of the head, or a half-smile: but every single painting is peculiar and offset – and each one feels immediate. There’s a roughness to his style and an informality to his compositions; his subjects look as though they have just stopped speaking, or are about to laugh.
Goya refused to prettify; he only ever painted what he saw. “The object of my work is to report the actuality of events”, he said, and his subjects have their ‘warts and all’ intact. The portrait of his great friend, Martin Zapater, makes no attempt to disguise his enormous nose. The diminutive Count Altamira is dwarfed by his table, and Juan de Villanueva’s mouth droops downwards due to some kind of palsy. Charles III appears very friendly, and very goat-like. 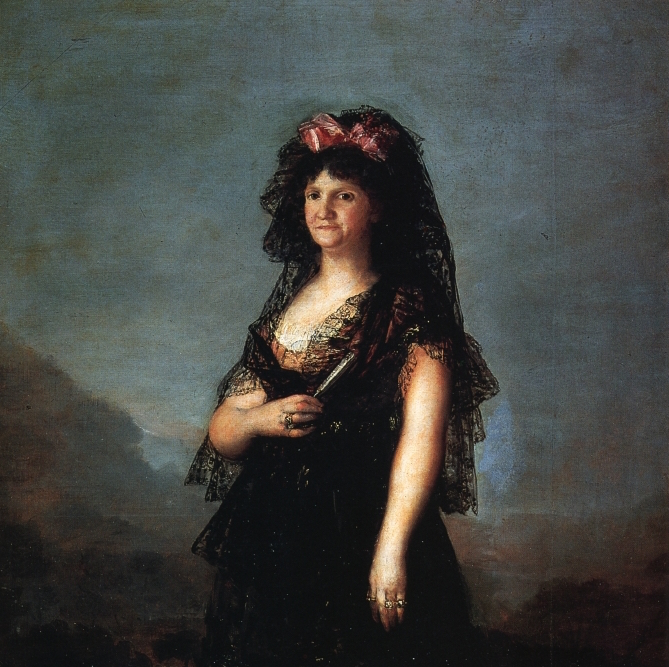 Goya’s portrait of Queen Maria Luisa of Parma (above) is kind, but fair: her features sag, her cheeks are sunken as a result of her toothlessness. The painting does not try to recapture her youth: we are shown a noblewoman in late middle age, after the birth of 22 (22!) children. The Queen had been a great beauty, and Goya suggests this, perhaps, in his portrayal of her beguiling arms. Bared and silvery-luminescent, there’s something bewitching about them.

The centrepiece of the exhibition is Goya’s portrait of the Duchess of Alba, who had, as a French ambassador put it. ‘not a single hair on her head that does not awaken desire. Nothing on earth is as beautiful as she is’. This isn’t quite the case, as the portrait attests. The Duchess is certainly striking, but her strong brow, weak features and petulant expression would fail to launch a thousand ships. 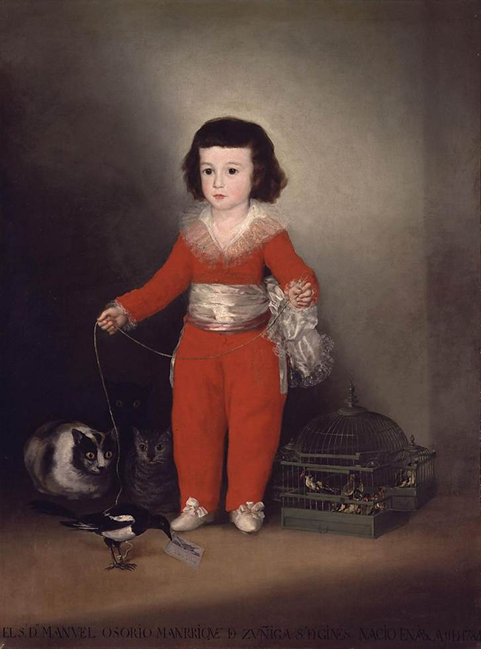 Those coming to Goya’s portraits for the first time might well assume that his refusal to beautify was mocking. In fact, the opposite is true; his subjects were thrilled by their likenesses. Goya painted his close friends almost exclusively, he knew each of their faces intimately. It gave him great pleasure to recreate exactly the features he knew so well.

A good portrait is much more than a good likeness, it captures the personality, sprezzatura and psychology of the subject. Portraits are not of people; they are about people.

In this regard, Goya is masterful. As with his Italian precursor Moroni, or his compatriots and heroes Velazquez and Rembrandt, the paintings are transfixing because of their sympathy and psychological immediacy. It is a quality that is incredibly difficult to describe, one that makes you feel as though you were in conversation with the subject.

A wonderful survey, we urge you to see it.