Following a trip to London, the late Indian artist Bhupen Khakhar observed that:

“You are not allowed to smile during the winter season which lasts for ten months of the year. If you are sensible then try and look as grumpy as possible. English people appreciate sulk.” 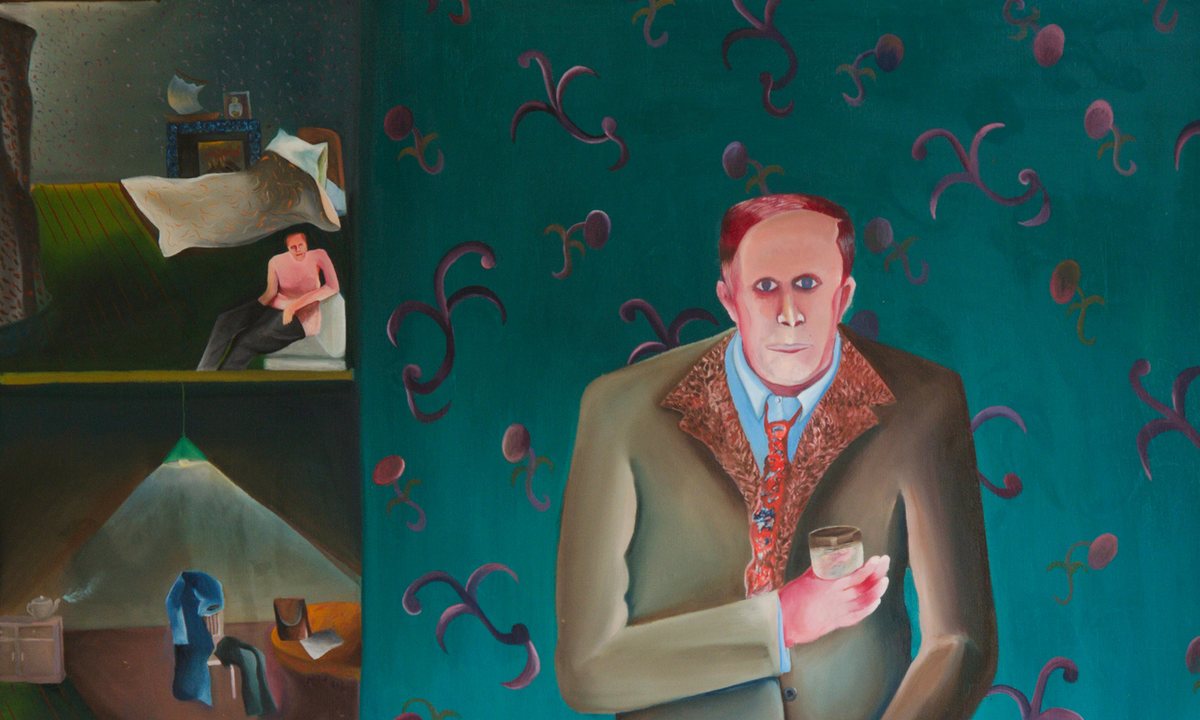 Khakhar found London grey, hostile and isolating. This will surprise nobody who has encountered his proudly garish works. The paintings at a new Tate Modern retrospective possess exactly the opposite spirit. Jostling jewel-brights buoy his palette. He deals in jokes, dreams and escapism. Under the influence of Rousseau and Brueghel, his works are purposefully, sometimes irritatingly, childlike. It is no great wonder that he felt out of place in our rainy, reticent capital.

This is the first international retrospective of Khakhar’s work since his death in 2003. He is well known in his homeland as a lodestone of Indian modernism. His satirical paintings discuss sexuality, class and religion. He marries the high and low; horror and comedy – all in the frank pseudo-naïve style that defines his work.

Just because his works are child-like does not mean they are always easy to understand. “The painting that directly preaches preconceived ideas is more like an instruction manual than a painting”, Khakhar remarked. His works often take a great deal of reading – especially as the artist comes from a very different culture. The distance puts a barrier between the art and the viewer. Despite the lavish palettes, you’re left a little chilly; the Tate could have done so much more to aid our understanding. 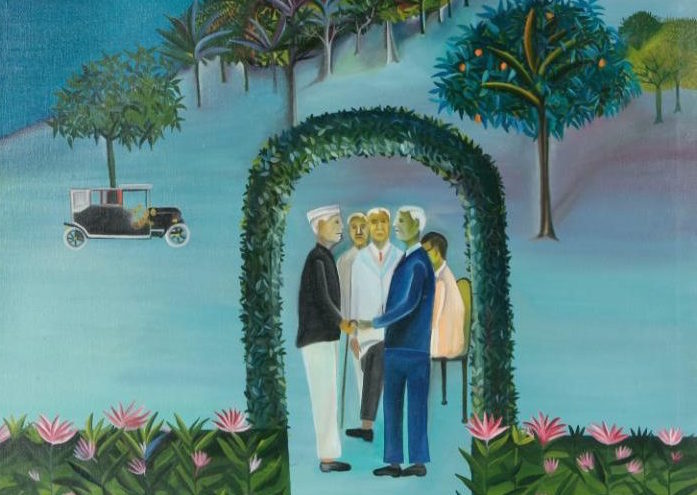 Khakhar was openly gay, and much of his work explores his sexuality. The frankness of this homoeroticism is remarkable. Some of the work is explicit, but it is love, not sex, which the artist portrays. It is wonderfully encouraging to see so much LGBT pride hanging on the walls of one our most important cultural institutions.

The Tate are right to dedicate an exhibition to a non-Western artist. But they have failed to frame it adequately: it cries out for context. As it stands, you'll walk out more interested in Khakhar’s life than his art. A missed opportunity – what a shame.