The Courtauld Gallery reopens after a stunning revamp ★★★★★

From the recovered grandeur of the Great Room to the Renaissance suites restored with an exquisite colour palette, the renovated Courtauld Gallery is a pure marvel 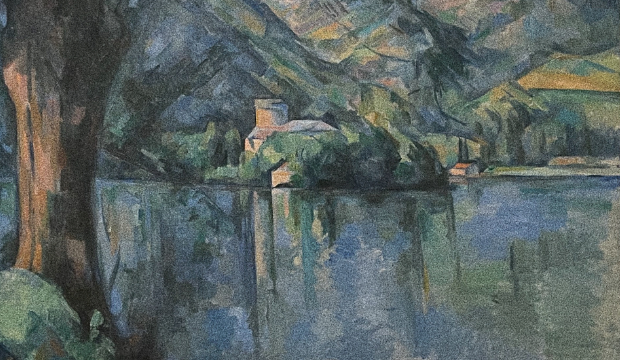 Paul Cezanne Le Lac d'Annecy, detail - Courtauld Gallery London
There is a sense of excitement when reaching the top of the historic Royal Academy staircase of the renovated Courtauld Gallery.
In room after room, the modernisation of the space is a revelation. As I am about to enter the Great Room – the climactic moment of the visit – to finally be reacquainted with some of the best-known Impressionist masterpieces, I am trying to recall how the space looked prior to refurbishment. 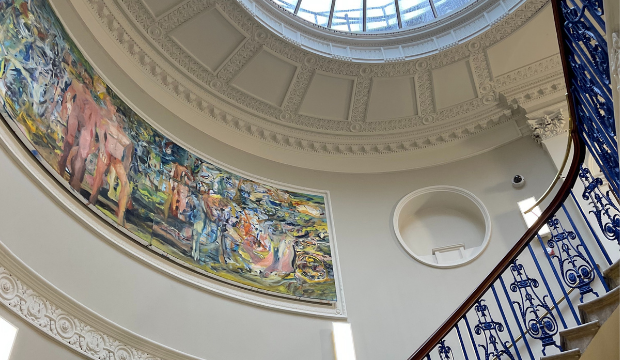 Three years ago, one had to venture deep into the convoluted Somerset House building, in dark, badly lit and heavily ornate rooms to be able to find Renoir’s La Loge or Cézanne’s Card Players.

Bringing life to one of the best private collections in the world in such an old-fashioned set-up felt like a challenge. The modernisation project, the most significant in the history of the gallery, has wrought an extraordinary transformation.

‘The refurbishment was a long three years and not without its challenges,' the head of the Courtauld Gallery, Ernst Vegelin van Claerbergen, tells me.

The gallery asked architects Witherford Watson Mann and gallery designer Nissen Richards Studio to re-imagine the entirety of the visitor’s journey from arrival throughout all three levels of gallery space.

The first step of the visit in the intimate galleries devoted to the Medieval and Early Renaissance collection sets the tone. The simplicity of the display – a polyptych from Bernardo Daddi stands on a shelf – the sophistication of the lighting, and the careful and restrained curation brings relevance and immediacy to the previously overlooked Medieval artworks.

On the second floor, there is a sense of delight.

In the restored Blavatnik Fine Rooms, a suite of six galleries showcasing works from the Renaissance to the 18th century, the hue of the new paintwork takes inspiration from the artworks themselves and the result is stunning. I wish I had all the time in the world to enjoy Pieter Bruegel the Elder’s grey-shaded Christ and the Woman Taken in Adultery. 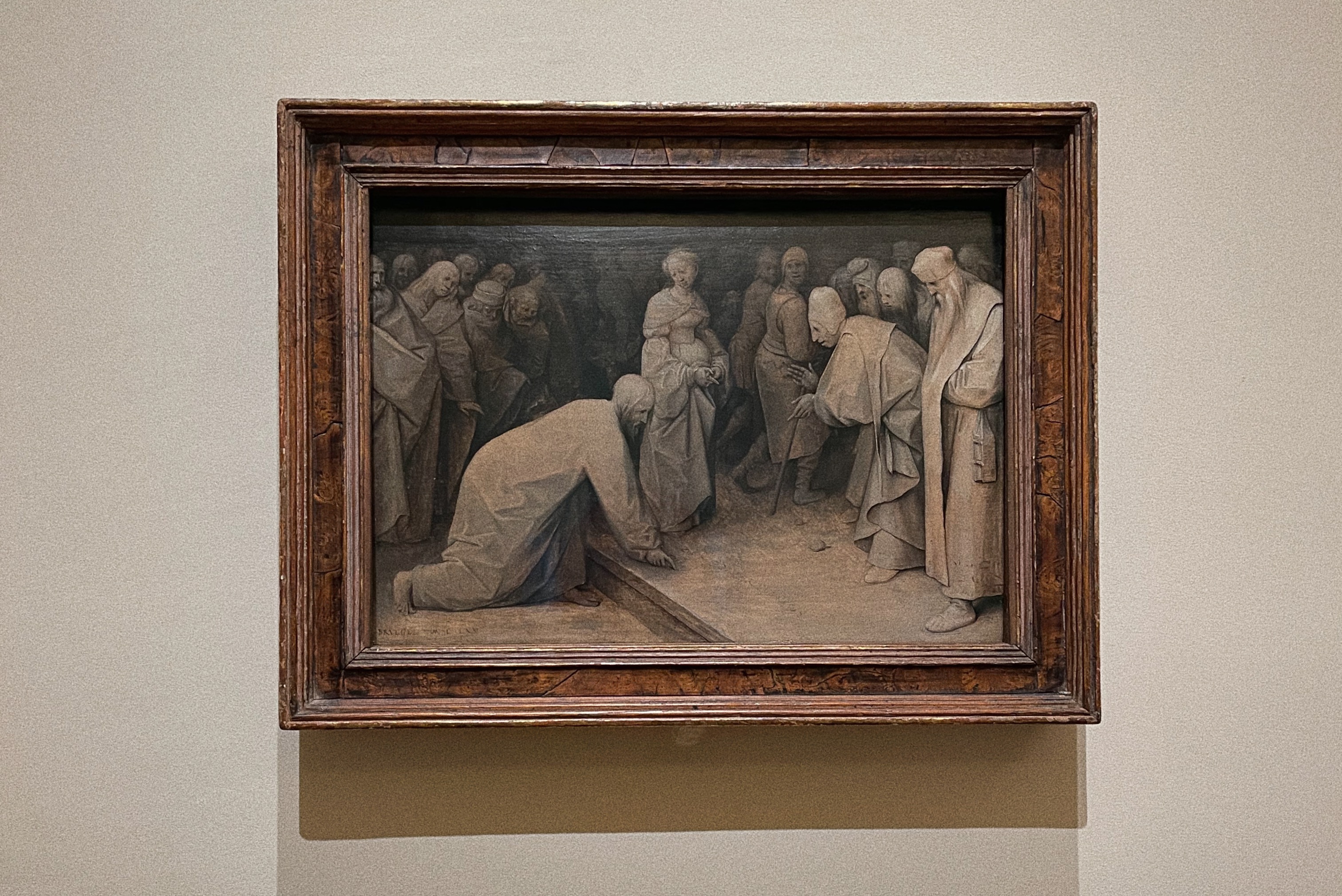 And finally, on the top floor, opposite Cecily Brown’s large painting specially commissioned for the curved wall at the top of The Courtauld’s historical staircase, the Great Room – originally built for the Royal Academy Summer Exhibition – opens up in its 18th-century grandeur.

Pared down, neatly lit, it has a distinctly contemporary feel. One of the finest collections of Impressionist paintings is finally being displayed as it deserves. Yet it doesn't make one's head spin, as freestanding walls subtly divide the space, allowing the visitor to enjoy each painting one by one.

For there are so many masterpieces to rediscover. Georges Seurat studies of rivers, hanging side by side, Cézanne’s bucolic Lac d’Annecy, Van Gogh’s self-portrait.

And presiding over the space: Edouard Manet’s barmaid of the Folies Bergère, with her inscrutable eyes. 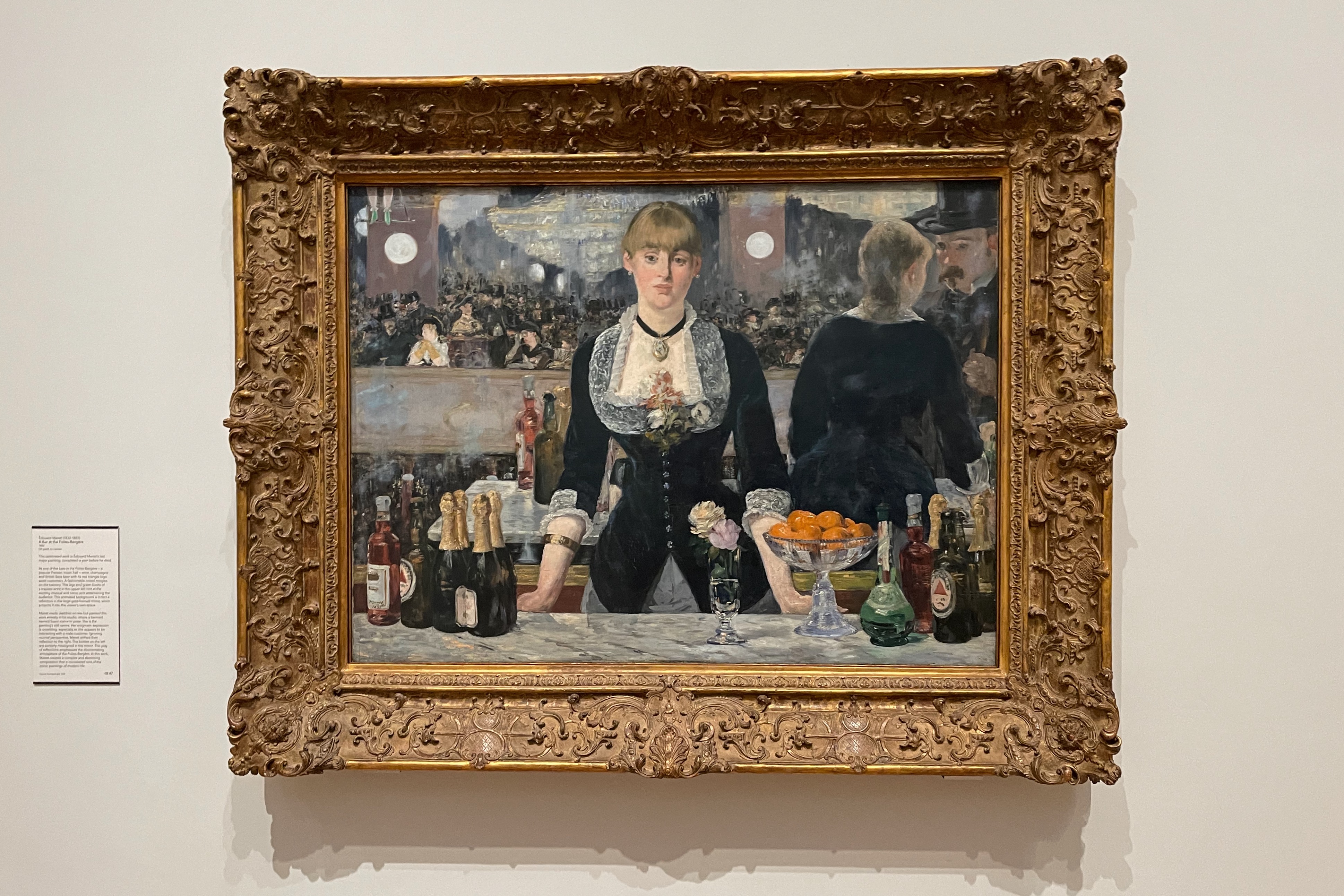 ‘You have to trust the building, the pictures to do what we all know they can do, to delight, inspire and provoke curiosity,’ Ernst Vegelin tells me. ‘We just believe in the pictures to speak across time. With the power of emotion, the intensity of expression, I think they are as alive, urgent and gripping for the audience today as they were then.'

The man behind the gallery

A descendant of a Huguenot family who fled religious persecution in France in the late 17th century and settled in London, English industrialist and philanthropist Samuel Courtauld (1876-1947) assembled one of the finest collections of Impressionist and Post-Impressionist art during the 1920s. In 1932, he donated the majority of his collection to establish the Courtauld Institute of Art, created to promote art education and advance the understanding and enjoyment of the visual arts in the UK.

The Courtauld collection includes 600 paintings, 7,000 drawings, over 550 works of decorative art and sculpture and 27,000 prints.

The highlight of the collection include:
• Van Gogh’s Self-Portrait with Bandaged Ear
• Manet’s A Bar at the Folies-Bergères
• Renoir’s La Loge
• The UK's largest collection of paintings by Cézanne
• A Renaissance collection that includes two rare works by Pieter Bruegel the Elder and an altarpiece by Botticelli

The renovation project has been supported by £11 million from the National Lottery Heritage Fund, £10 million from philanthropists Sir Leonard and Lady Blavatnik and the Blavatnik family, and generous donations from foundations, individuals and other supporters.

The Gallery reopens to the public on Friday 19 November.