Drones made beautiful: Mahwish Chishty London show to explore the war in the sky with Pakistani folk art

Drone Art, Imperial War Museum Drone Art, Imperial War Museum Ella Cory-Wright
They're a familiar sight in Pakistani-American artist Mahwish Chishty's native home. Hulking shapes haunt the skies above the Afghan border: unmanned US drones, stalking their targets. It's unimaginable to anyone in the West - drone strikes are seldom covered in the press. But these ever-present hulking foreigners have become part of the fabric of Pakistani life, both physically and psychologically.

Chishty wondered if there was a different way to see these hard-edged war machines. The result was Drone Series: a project which turns these weapons into works of Pakistani Folk Art, by employing traditions such as miniature painting and 'Truck Art', where haulage vehicles are highly decorated. This second skin turns the drones into objects of beauty, whilst clothing them in Pakistani culture. 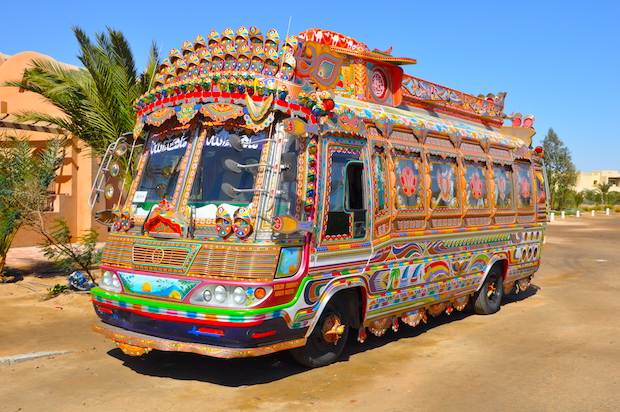 A 'jingle truck' from Pakistan

This Autumn, the Imperial War Museum will mount a solo-show Chishty's work, it has been announced. A timely exploration of the complexities of modern warfare.