Every year, an artist is commissioned to fill the space with large-scale visual, acoustic and interactive works. Ai Weiwei gave us porcelain sunflower seeds, Olafur Eliasson digitised weather, Abraham Cruzvillegas a patch of living, breathing earth. Last year, French artist Philipe Parreno carpeted the hall and filled it with noise and floating fish. This year, it's the turn of Danish collective SUPERFLEX.

Best known for sticking a Euro coin on the Southbank's Hayward Gallery, the group deals with the social, political and cultural concerns of our age. The group doesn't skirt around issues – setting out to produce art with 'clear social relevance'. But however high-minded and well-intentioned its work might be, humour and flair are SUPERFLEX's definining characteristics. 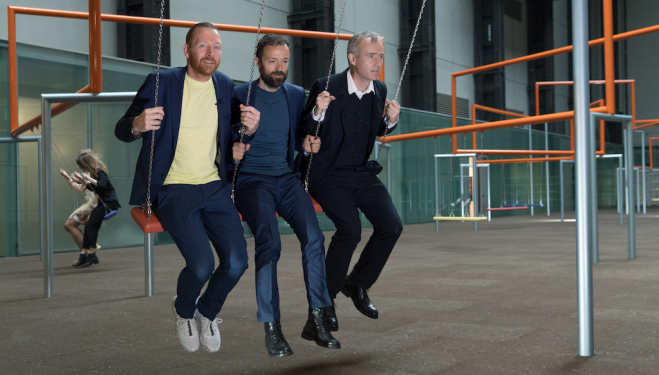 For this year's Hyundai commission, the trio have transformed Tate's Turbine Hall into a giant playground with dozens of three-seater swings. The swings form an orange line which weaves through the length of the Turbine Hall, crosses the gallery and then runs out of the south of the building.

At the centre of the hall hangs a huge mirrored pendulum, which lead curator Donald Hyslop has described as 'conceptually clever, sculpturally beautiful and elemental'. According to the curators: 'The work explores the potential of energy generated by social movements, drawing unexpected connections within, between, and beyond institutions, and proposing new uses for urban public space.'

The public are actively encouraged to swing on Superflex's temporary installation, turning this into the most interactive and innovative Hyundai Commission to date. Given the hypnotic and Instagrammable nature of the exhibition's central feature, One Two Three Swing! is sure to attract hoards of visitors.

Frieze Week 2017 has kicked off with a bang! 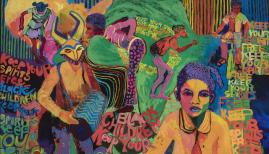