Over at the Damien Hirst gallery: Jeff Koons brings his trash to Vauxhall. And we may have even been converted...

He’s one of the most talked-about artists in the word, so it’s pretty incredible that there’s never been a major Koons show in London before. His name is synonymous with American Post-Pop; his work digests the trash of contemporary culture and spits it back out in lurid pantomime. Koons is a millionaire, many many times over. His works sell for astronomical, record-breaking sums.

It is fitting, then, that his first big exhibition in the capital should come courtesy of Damien Hirst, his younger British descendent, at the latter's Newport Street Gallery. The artists share a lot of common ground, not least the hatred levelled at them by many a-critic. (“the world's most overpraised child, a disgrace to his generation” / “lobotomy by art...the triumph of stupidity" apiece). 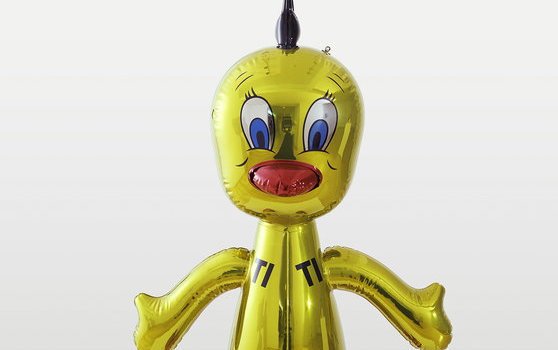 They've become brands, who’ve got money-making down to a fine-art, as it were. Both artists employ a team of assistants to actually make the work; Hirst has around 150. If you're feeling particularly generous, you could compare these set-ups to Renaissance workshops. We aren’t: it’s a pretty shocking practice.

Frauds; visionaries: whatever your take on these two (and the arrogantly-timed 7:30am press view) you can’t deny that NOW is a perfectly-executed show. Spanning thirty-five years of Koons’ career, it takes up all six of Newport Gallery’s spaces - and beautifully so. Despite the gaudiness of these works, each one is given its own habitat; allowed to speak for itself. There is surprisingly little clash.

Some of Koons’ most famous works are here. We have his early floating basketballs in a tank, which immediately makes you think of Hirst’s shark – they share a jutting optical illusion. The balloon animals are here in fine fettle; his 2013 blue monkey towers over visitors, while Tweetypie begs for a hug in 2009’s Titi. 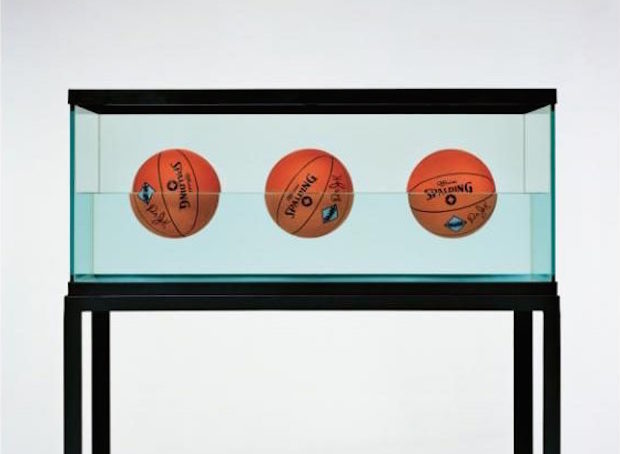 Paradox, as the artist says himself is “a powerful tool. The contradictions in my personality run deep. In part, I am a sham, a con man. But I also have a sense of integrity that comes through in my work."
Worth that trip to Vauxhall after all.