When Renoir was talking about fellow painter Cezanne he is reputed to have said that he “cannot put two touches of colour on to a canvas without its already being an achievement”. It may be that Renoir was speaking for all of us, especially anyone who visits the Tate Modern Cezanne blockbuster where it’s just stunning painting after stunning painting. Whether it be figures, landscapes or still lifes Cezanne could paint them all, and captured them so vividly.

On one wall there is a painting of the picturesque village of Auvers, charming houses in among a sea of green trees surrounded by rolling green fields. While nearby is his depiction of Parisian rooftops, looking a lot gloomier and flatter under grey monochrome skies. Both are very different and yet both capture the spirit of the scene and it’s this ability to bring the essence of both his own style and the subject matter at hand into any of his paintings that is consistently brilliant.

Many of his masterpieces are on show including his blue tinted nude bathers where we observe them as if in a dream state, and some striking still lifes. Cezanne certainly wasn’t lacking in confidence when he said ‘with an apple I will astonish Paris’, and yet here’s proof that he did and he’s still astonishing here in London over a century later.

Even the smaller lesser known works shine here, including a small piece featuring a sugar bowl, pears and a blue cup where the paint is so richly textured it’s as if one of us could reach in, pluck out a juicy pear and take a bite out of it - paint dribbling down our chins.

Tate Modern has included views from contemporary artists on Cezanne and a look into his politics to offer new insights into the man, and while these are interesting asides, ultimately visitors will come to see spectacular painting and they will be duly rewarded.

Cezanne changed the face of painting by showing us new and inventive ways to paint and everything that can be seen in Tate Modern, and the museum itself, wouldn’t even exist if it weren’t for him. If Tate Modern is a cathedral to contemporary art then this exhibition is the high altar that Cezanne’s work so richly deserves. 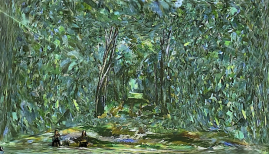 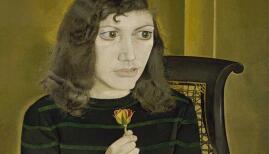 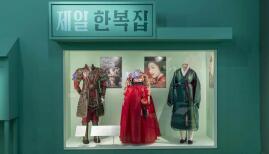 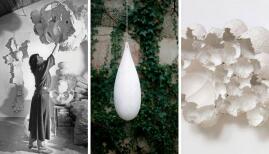 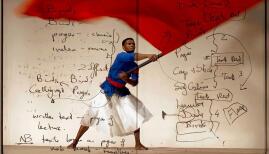