How to support the Women’s World Cup 2019

The FIFA Women's World Cup takes place in France this June. Here's how you can watch, why it's important and how you can get involved in women's football 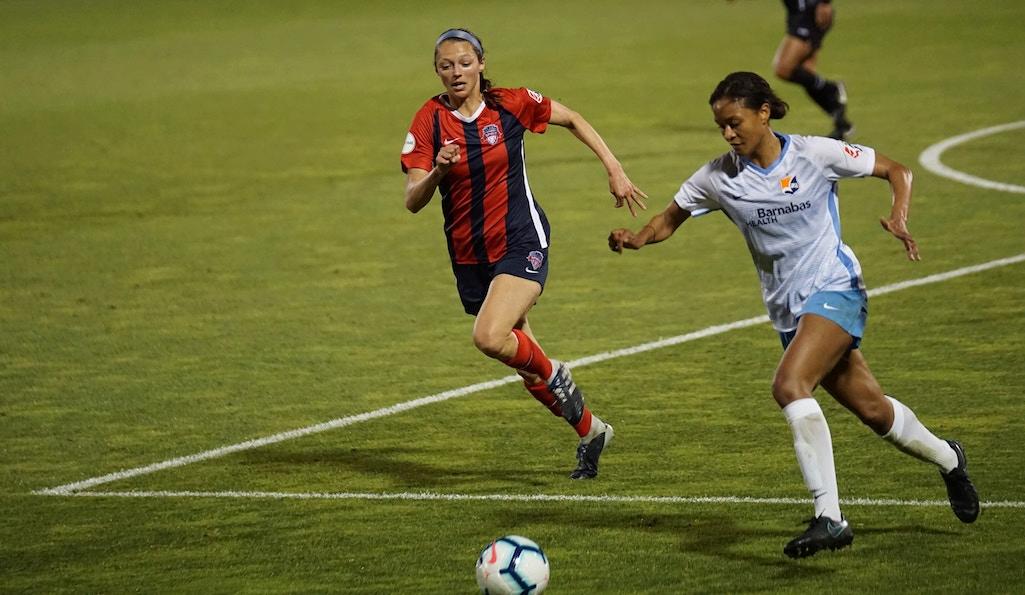 Everything you need to know about the Women’s (Football) World Cup 2019
For a glorious month in 2018 the Football World Cup (Men’s) brought much-needed spirit and enthusiasm to our nation and many others around the world. Even those who had never kicked a ball before or supported a team rallied for the occasion and sat glued to the TV, cheering, celebrating, and commiserating their way through goals and penalties. In fact, according to the world governing body of football, FIFA, half the world’s population watched some part of the 2018 world cup, with 1.12 billion people from around the world tuning in to watch the final between France and Croatia on July 15, 2018.

This June the FIFA Women’s World Cup takes place in stadiums in nine cities across France and, despite the somewhat lacklustre fanfare heralding the event (women’s football is still woefully under-represented in the media), we should all get behind it to support the rise and rise of women’s football.

24 nations from across the globe will participate in the WWC 2019 (Women’s World Cup 2), with 4 newcomers to the event – Jamaica, Scotland, Chile and South Africa. France, ranked fourth in the world, is entering a very strong women’s team (aka ‘Les Bleues’) this year. Coach Corinne Diacre has focussed on improving the up-front game and now has a wealth of talent in the front line, as well as an inspiring and motivating captain, Amandine Henry, considered to be one of the best defensive mid-fielders in the world. England also presents a formidable squad (‘The Lionesses’) - as of 2019 ranked No.3 in the world - prompting potential for much cross-Channel rivalry. 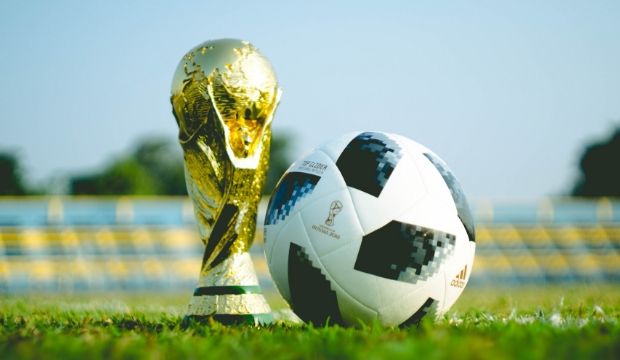 Women’s World Cup 2019: tickets, stadiums, matches, prices
The most entertaining and enjoyable way to watch and support the WWC is to attend it. Tickets are still available at very affordable prices (unlike the astronomical market in Men’s World Cup tickets last year). Hospitality and ticketing packages for WWC include parking, drinks packages, buffet or plated food service and your match tickets, and are available from as little as €95.

The 24 competing teams will be divided into 6 groups of 4 and will tussle it out in the knockout phase.

Semi-finals: 2 and 3 July in Lyon. Hospitality packages from 220 Euros.

The final squad list for FIFA Women’s World Cup 2019 in France has now been announced: a total of 552 players representing the 24 participating nations will take to the pitch. 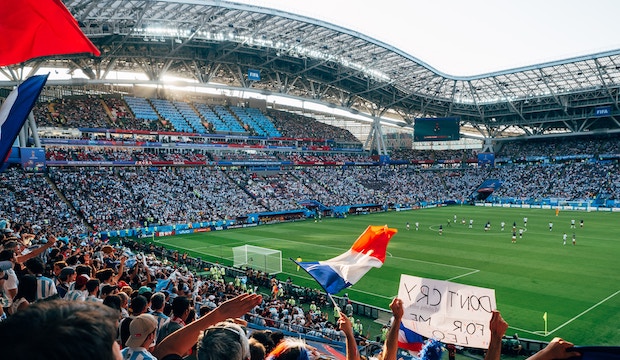 Women’s World Cup on TV
For those who can’t make it in the flesh this year there will be plenty of opportunities to view the women’s football spectacle from the comfort of your sofa at home or at numerous locations around London. Hotels, restaurants, clubs and pubs are all likely to capitalise on the potential of the WWC event, by offering extensive TV coverage, food & drinks offers and a great deal of ambiance and joviality.

We recommend heading down to the recently renovated Soho pub, The Blue Posts, which boasts areas of fine dining and drinking across three floors (1st floor wine bar and cocktail salon, main pub bar pub, and the chef’s table in the cellar) will be scheduling extensive TV coverage of key matches from its main ground floor bar. Coverage will start on 7 June and will show, one, two or three matches per day throughout the event. 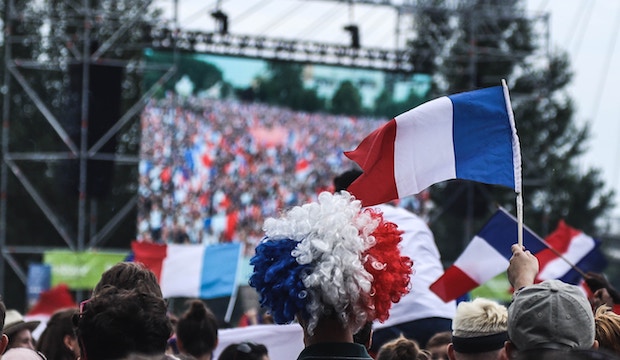 Why we need to raise the profile of Women’s Football
Women’s football has come a long way over the last 30 years. It is now the fourth largest participation sport for women in the world and the largest women’s participation sport in the UK. Now ranked 3rd in the world, England’s women’s football team is coached by the high-profile ex-England male player Phil Neville. Neville is bringing attention to the game by targeting big clubs to allow women’s games in their stadiums; stadiums abroad are also attracting increasingly large crowds to their league matches. The FA are working to improve participation in women’s football and UEFA are in the middle of a 5-year plan to make football Europe’s number one women’s sport.

Despite this growing influence of women in football, it still lags lamentably behind the men’s game in terms of numbers of players and clubs, profile, funding, broadcasting coverage, sponsorship deals and unfortunately, therefore, also in salaries. The top ranked men’s league players average £2.6mn per year – the women’s equivalent ‘Super League’ level players earn just £26, 750 on average annually, approximately 100 times less than the male counterparts. When it comes to the gender pay gap change is afoot, but more is needed to achieve equality in the game. By supporting and attending matches, you can help raise the profile of the game and thus its coverage, sponsorship and so on. 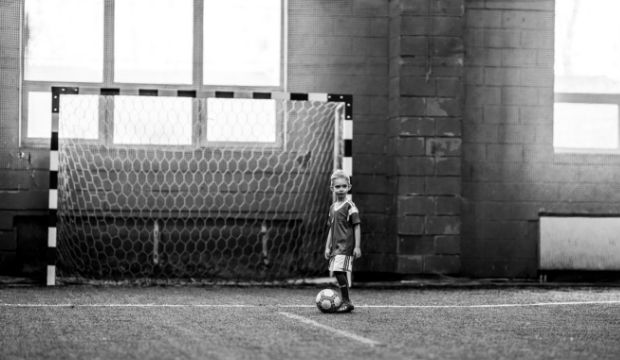 Ways for girls and women to get involved in football in the UK
There are numerous ways that women can now dip their toe in the water on a casual basis both in London and across the country. Virtually no equipment is required and games can range from a knockaround in the park (for free), to formal club games which cost from £5 per match.

But for women’s football to see a real surge in terms of general acceptance and profile (there is still worrying levels of discrimination and abuse towards female players), things have to change at grass roots level. Girls of primary school age must be encouraged into the sport. To this effect the FA has plans to double the number of young girls and women in football by 2020.

Part of its plan is to foster football for girls, from a very early age. Its new nationwide initiative, SSE Wildcats, offers girls aged from 5 – 11 the chance to play football in 1,250 centres across the country. Sessions take place weekly, after school or at weekends.

Football is now the most widely played female sport in England with a comprehensive network of clubs up and down the country – but many girls and women are still unclear on how to join up. For information on how to get involved either as a player, coach or referee, at a club near you, check out your local County FA Lead Officer for Women’s and Girl’s football. 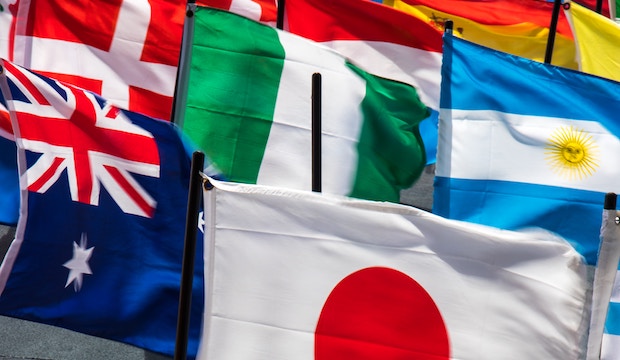