Thanksgiving Day 2016. London's hottest restaurants. What are you waiting for? Here's our top pick. 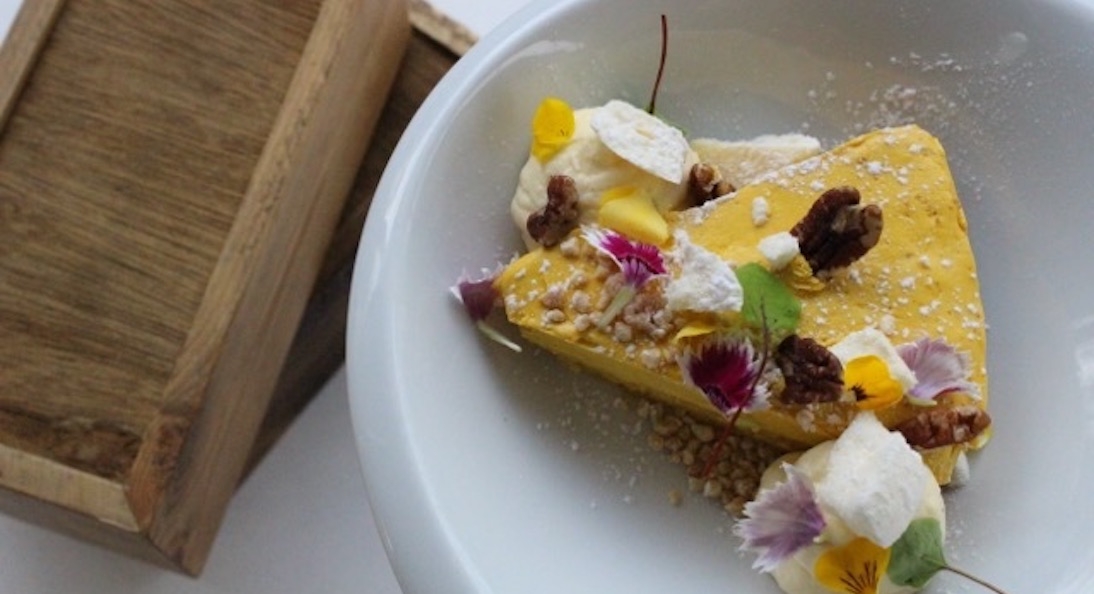 Thanksgiving Day 2016 London: Best Thanksgiving Food
Gobble gobble! Thanksgiving Day 2016 is fast approaching, with pecan pie, yams and turkey already on the shopping list for Thursday 24th November. London has seriously turned up the heat this time around, with Thanksgiving menus to die for. So if you don't fancy slaving over the oven more than once this year, we've got you covered with our selection of November's best Thanksgiving food. London, get ready to celebrate: don your stars and stripes and head out like a hungry pilgrim to our top ten pick of the most splendid spreads in the capital.
Christopher's

There can't be a more iconic place to celebrate Thanksgiving Day in London than Covent Garden's original Grade II-listed American restaurant, which will coincidentally be celebrating its landmark 25th Anniversary. Head Chef Francis Agyepong promises to whip up a storm in the kitchen which a one-off menu from 12pm to 11.30pm in the glorious dining room, once home to London's first casino.

At £58 with a choice of three courses, there's a lot to be thankful for here; think Pumpkin Pie Martinis and a swinging Martini Bar to start off your evening, followed by Maryland Crab Cake with Red Pepper Mayo & Rocket Salad. Or perhaps Slow-cooked Ballotine of Organic Turkey with Corn bread, Hazelnut & Michigan Cherry Stuffing, Cranberry Relish, Buttered Beans & Creamed Potatoes sounds more your thing. Top it all off with Pear & Almond Cobbler, Blackberry Compote & Salted Caramel Ice Cream. This is the perfect American Thanksgiving treat in the heart of London. 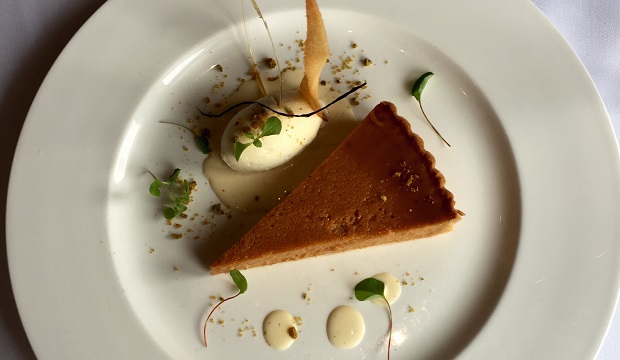 Billed as the best American steakhouse this side of the Atlantic, the Strand's Smith & Wollensky is the place to embrace the American tradition slowly creeping into the homeland. Cocktail master, Ernest Reid has developed three Thanksgiving cocktails to sip on whist devouring a succulent herb roast turkey with all the trimmings. Think 'Pecan Infused Old Fashioned', 'The Big Apple of My Rye' and the 'Pumpkin Pie', and if that's not enough, top it all off with what we are assured is London's best pumpkin pie for pudding. Click here for the full menu. 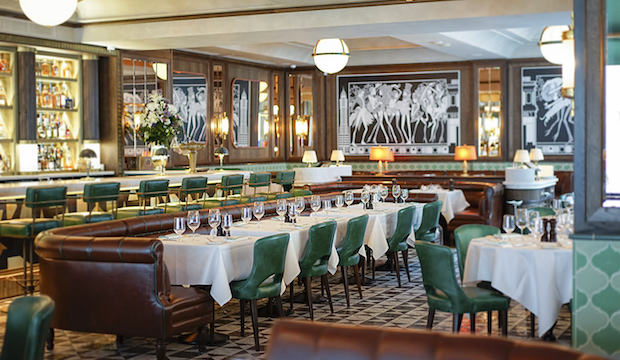 This year Kensington's premier restaurant with a view will be offering up a delicious Thanksgiving feast to satisfy your inner Americanophile. Babylon will be supplementing their menu with specially created dishes, including turkey and pumpkin pie, for those eager to let their tastebuds roam across the Atlantic for the night. The clincher here though, is the cocktails. Standouts include the 'Peanut Butter Cup' featuring Jamaican rum shaken with bitter dark chocolate liqueur, and 'Pumpkin Pie' made with pumpkin puree, spiced rum, cinnamon and winter spiced syrup. 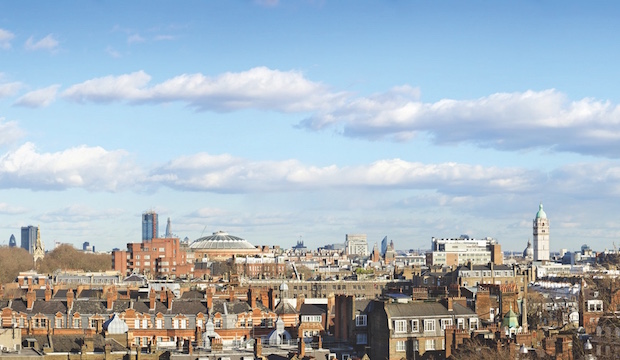 This English Brasserie in Fitzrovia has decided once again to snaffle the all-American holiday and make it their own. The menu is locally sourced, with a roasted Norfolk Bronze Turkey, Cornbread and Sausage Stuffing, plus the traditional Creamed Corn Casserole and Maple Butter Sweet Potatoes. For pudding there's Chocolate Pecan Pie and a Pumpkin Brûlée pie to leave your tastebuds tingling. The restaurant will welcome you with a cocktail upon arrival and is ideal for families who want a spot of the festive action too since everything is served for sharing. See the menu here. 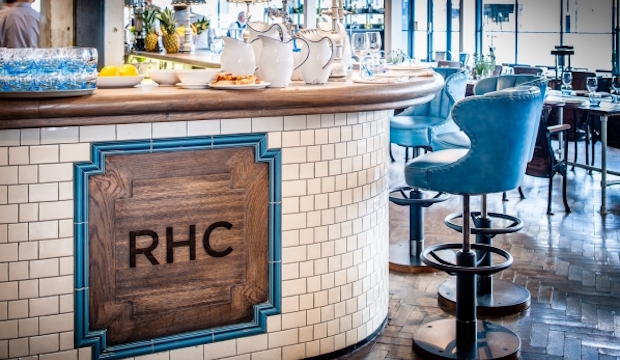 Where: 43-51 Great Titchfield Street
When: Thursday 24th November
The Stafford

St James' premier hot hotel has created an extra special Thanksgiving menu, which will be available in The American Bar and the restaurant throughout Thanksgiving Day. Since the hotel has just appointed James Durrant as Executive Chef, the former protege of Jason Atherton and Michelin-star-experienced chef will be sure to cook up a treat. As winner of the 2014 Great British Menu main course, you can relax in the knowledge your turkey will be cooked to perfection. Look forward to Spiced Pumpkin Soup with Cheese Popovers, Roast Turkey with Garlic Mashed Potato and top it all off with Pecan Pie with Bourbon Cream. 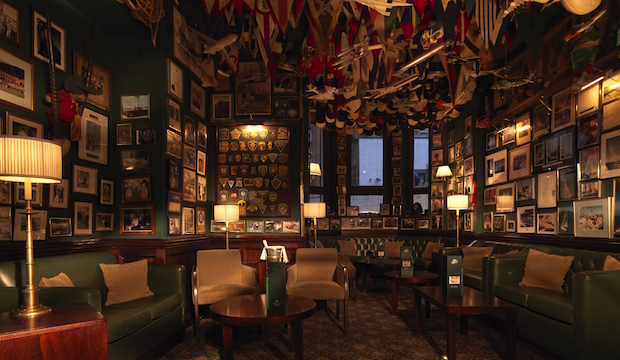 Gordon Ramsey's restaurants are well known for putting on sumptuous Thanksgiving dinners. A number of his restaurants in London are putting on treats including The Savoy Grill, the Maze Grills in Chelsea and Mayfair, the Bread Street Kitchen in St Pauls and the Heddon Street Kitchen in the West End. But it's Mayfair's Maze which we love for it's Asian spin on a traditional Thanksgiving turkey. Think Turkey Puff (a lightly smoked turkey leg glazed with Japanese barbecue sauce, with poached and roasted turkey breast) served with Roasted Pumpkin and Lime Purée. Book your table here. 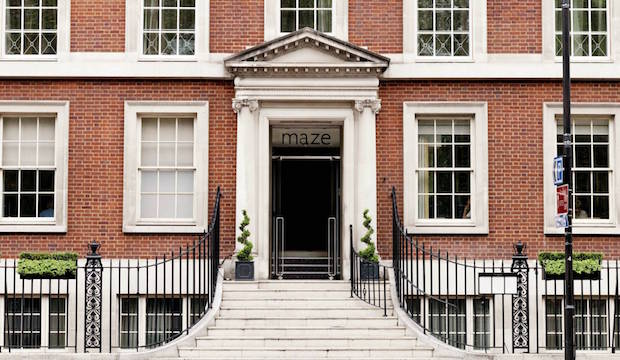 At Wolfgang Puck's Beverly Hills luxury export in the heart of London, Executive chef David McIntyre is pulling out all the stops this Thanksgiving with an exceptional seasonal menu to kick off the festive season. Try the Prime Beef Carpaccio with Black Truffles and Shallots to start, followed by beef or more traditional turkey for your main course. A Kabocha Pumpkin and Ginger Cheesecake sounds just the way to finish off the meal with a delicious Candied Ginger Ice Cream. See the full menu here. 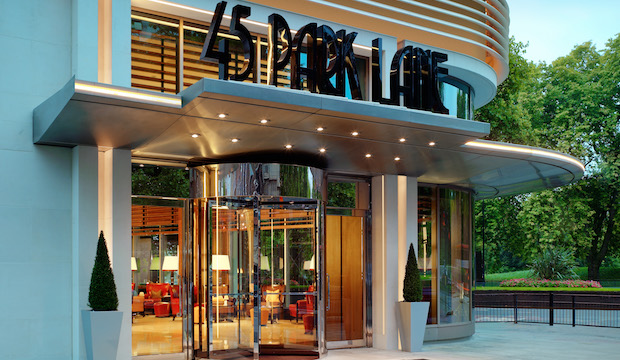 We're salivating over Big Easy's Thanksgiving offering this year. Pick from a Lobster Fest or a Pit Smoked Turkey with Grandma's Apple Cranberry Chutney and Jazzed Up Gravy. For veggies, take it Mexican with a black bean burger and all the traditional trimmings. For pudding, you guessed it, there's pumpkin pie, a pumpkin cheesecake, or a scrumptious key lime pie. Could you say no? 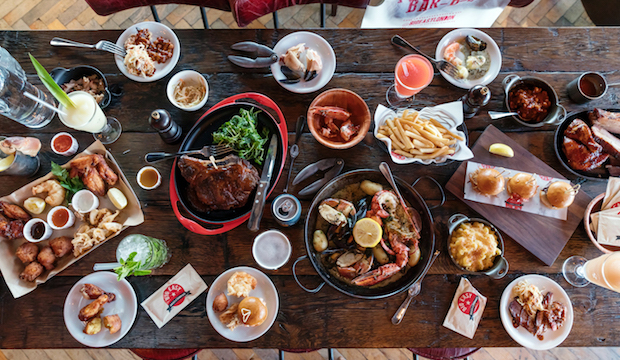 Balthazar knows how to do spruced up menus for events like Halloween and Thanksgiving. This year, the New York's London baby will be serving all-American classics. There'll be spiced roasted butternut squash soup, roast turkey and (well, of course) pecan pie and pumpkin cheesecake. If you're closer to Mayfair, head to 34 Mayfair where Chef Harvey Ayliffe is coking up New England Shellfish chowder, roast turkey and caramel pumpkin pie. If St James's is nearer to you, Le Caprice will be pairing French and American food for its crème fraîche ice cream which tops a delicious chocolate and pumpkin pie. Is that enough to choose from? 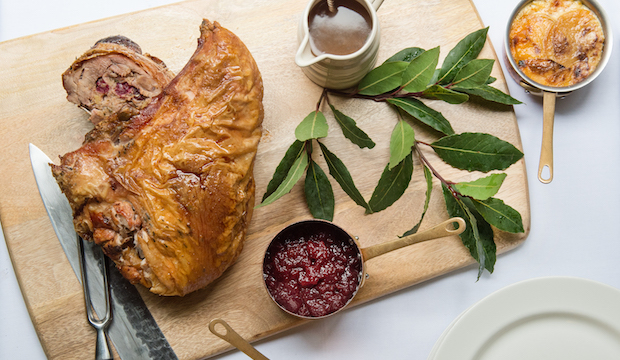 Creamy crab chowder, turkey balloting sandwiches and roasted Brussels sprouts salad with spiced sweet potato, green beans and maple-pecan dressing. Can you hear that? That's the sound of our tummies rumbling. There will of course be home-baked pumpkin pies and a whole array of food coma-inducing American gastronomy. Sourced from the British isles and carefully prepared in the kitchen, gobble your lot on the terrace, or have it delivered to the office for a Thanksgiving treat. Sounds too good to miss. 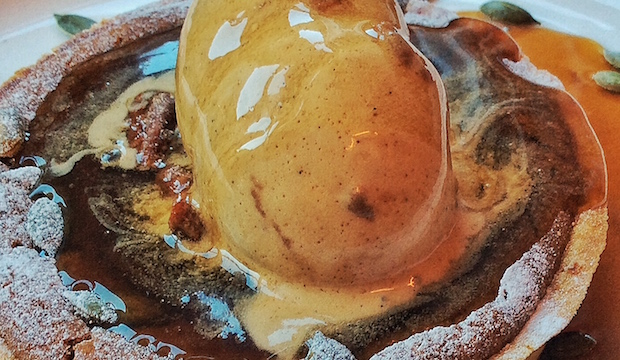 The Crown and Shuttle

Following a party of epic proportions last year, the award-winning craft beer pub in Shoreditch is hosting another American knees-up this November 24th. The chefs will be cooking up Smoked hock, collard greens and jalapeño cornbread, Turkey Schnitzel, pulled turkey leg and cranberry sauce with all the trimmings. Oh, there will also be Cinnamon spiced pumpkin pie. Over the speakers will be blasted an all-American playlist with a range that goes from A-Z (literally from Aerosmith to ZZ Top). The real crowd-pleaser here though will be the pumpkin ale and Yankee craft favourites. Beer aficionados, get yourselves down there! 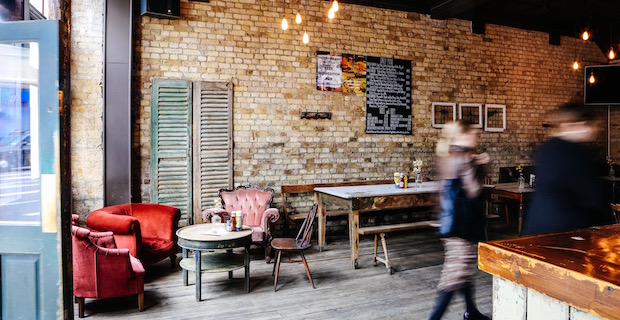 This Thanksgiving, Bea's is offering up the usual selection of Thanksgiving delicacies. But it's the veggie option which has really caught our eye. Oven baked butternut squash filled with cannelloni beans, mozzarella cheese, peppers and tomatoes and topped with sunflower seed breadcrumb, this dish is a winner. The plate will be positively crammed with sides like buttery mash and sauté Brussels spouts. 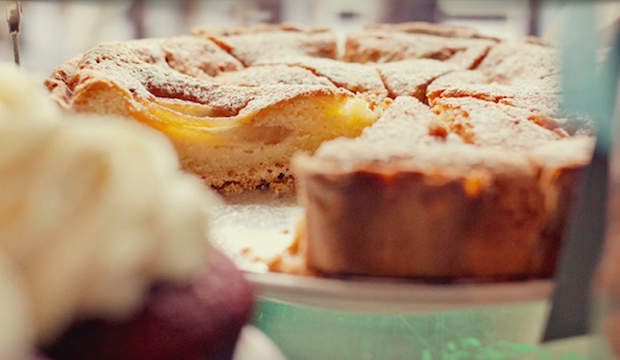 Zaha Hadid Architects' Magazine restaurant in Hyde Park is renowned for its stunning dining experiences. Head Chef Emmanuel Eger will be cooking up Pumpkin Pie which deserves to hang on the walls of the gallery itself, and guests can expect a £65 menu including three courses and American wine pairings. To start, there's Gin Cured Salmon followed by a traditional turkey main or Maple Roasted Pumpkin for the veggies. There's also a £45 menu for those who would prefer a cocktail. Book now! 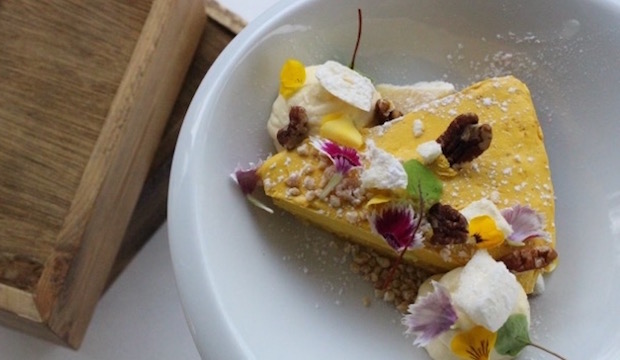