CANCELLED: As Will Tuckett presents the world’s first immersive Nutcracker, London gets its Christmas fix in a whole new form

1 CW reader is interested
Will Tuckett: Nutcracker, Canada Water Will Tuckett: Nutcracker, Canada Water Ruth Mattock
CANCELLED
Sadly, Will Tuckett's Nutcracker has had to be cancelled this year due to investment falling through. We hope to see it in 2017.
Producer Bob Watts said:
"It is with enormous regret that we are having to put the production on hold, but our efforts to find a new investor at short notice in this current climate have sadly proven unsuccessful. It was a huge privilege to see Will Tuckett's vision come to life - his Nutcracker was shaping up to be an extraordinary experience. I hope it will come to a London audience soon".
All ticket holders holders will receive a full refund.

While cinema and theatre have blazed an increasingly expensive trail into immersive experience, immersive dance has stayed on the avant-garde side of the industry. But with the arrival of the very first immersive Nutcracker, London takes immersive dance into blockbuster territory.

Will Tuckett, choreographer whose Olivier Award-winning Wind in the Willows was responsible for the Royal Opera House’s first ever West End transfer, has joined forces with Secret Cinema’s Bob Watts to create a 20,000 sq. feet event that is the talk of the capital.

Adam Cooper, Nutcracker’s headline star, will lead festivities as Uncle Drosselmeyer. The much-loved Cooper will be recognised by many as Matthew Bourne’s original male swan, as well as the grown-up face of Billy Elliott in the 2000 film. He'll be joined by Max Westwell of ENB, Royal Ballet's Ludovic Ondiviela, Ana Enriquez, Daniela Norman also of ENB and Paris Fitzpatrick of Northern Ballet, who was a finalist in the BBC Young Dancer competition

Will Tuckett’s Nutcracker promises a 360-degree world built for the occasion in Canada Water's The Printworks, complete with fireside Christmas party and wild snow-capped trees. The audience are invited to wander through the set and inspect Drosselmeyer's workshop with all its weird and wonderful creations, to the strains of Tchaikovsky's enchanting score played live.

Will Tuckett, Royal Ballet dancer, character artist and choreographer, has created works for the likes of Birmingham Royal Ballet, English National Ballet and Rambert but has expanded his wide interests into musicals, theatre and opera, most recently as choreographer and movement director for Opera North’s triumphant production of the musical Kiss Me Kate. 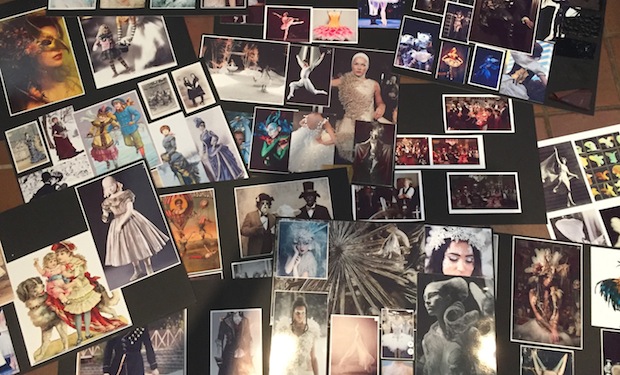 He’ll draw his 40 or so performers from musical theatre as well as ballet, with early hints extending to aerial dance and even figure-skating. Musical arrangement is by the West End’s Andy Massey and David White, with costumes by Secret Cinema’s Susan Kulkarni.

Christmas through the proscenium arch rarely offers much beyond the usual round of panto dames, snow flakes and happy endings. Here at last is an opportunity for all the family to have a walk-on part in a magical seasonal tale.

*Please note Adam Cooper will not be present in all performances - check site for details.