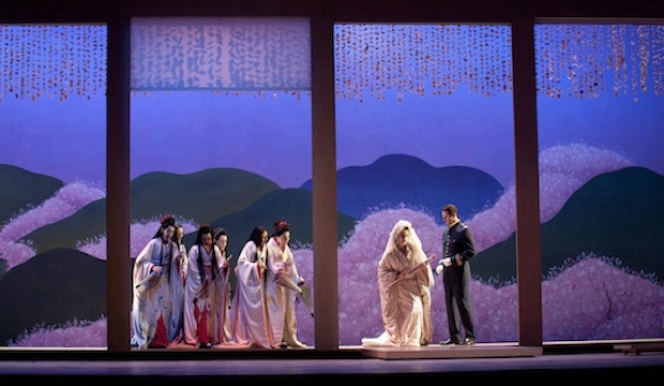 A ravishing production of Puccini's Madama Butterfly returns to the Royal Opera House in 2017. Photograph: Mike Hoban
The Royal Opera House's 2016/17 season has already notched up one opera sensation - the withdrawal of the dynamic Russian soprano Anna Netrebko from the title role of Bellini's Norma.

She explains that her voice has changed since she first discussed the role with music director Antonio Pappano, whose own contract is renewed to 2020. Norma is considered one of the most demanding roles in the repertoire. - a Druid priestess torn between her calling and her love for a Roman officer, who should be her enemy. Performances are from 12 September to 8 October 2016, and the name of the new singer is yet to be announced.

Taking advantage of a refit in the Linbury Studio, the Royal Opera moves out to Wilton's Music Hall in November for a production of Handel's Oreste, interpreted by the exciting young director Richard Gerard Jones.