Crystal Pite, choreographer of the dance-theatre piece Betroffenheit coming to London soon, talks to Culture Whisper about her work 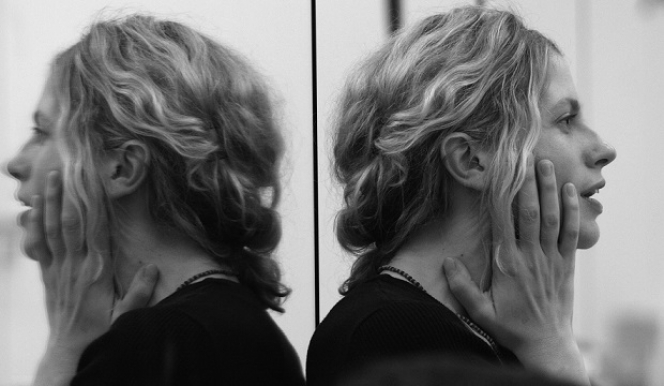 Crystal Pite is one of the top international names in choreography. Creator of more than 40 works in just over two decades, she is in huge demand internationally; and the most prestigious dance companies in the world, including Britain’s Royal Ballet and the Paris Opera Ballet, have recently joined the growing procession of those commissioning her work.

Since 2013 she’s been one of a small but distinguished group of Sadler’s Wells Associate Artists.

Born in British Columbia, Canada, in 1970, she started dance classes at the age of four, eventually moving to Vancouver to join Ballet BC as an apprentice at the age of 17. Already, though, the choreographic bug had bitten. In fact, she doesn’t remember a time when she didn’t want to choreograph: “I just like to create things,” she told Culture Whisper.

Her first choreography was presented by Ballet BC only two years after she joined. Her latest, The Statement, has just premiered at Nederlands Dans Theater.

However, for the first part of her career, dancing took priority. In 1996 she left Canada to join William Forsythe’s Ballet Frankfurt. Forsythe was a tremendously influential voice in the development of modern dance, and inevitably she absorbed something of his choreographic voice. But then, having danced the works of more than 30 choreographers, she says she took in many influences: “I think all of us are hybrids of all the people we’ve encountered from our very first teacher to the choreographers that we’ve worked with on a professional stage.”

Choreography came to the fore when she formed her company, Kidd Pivot, in Vancouver in 2002. It was then, she says, that she really found her voice:

“I found there was a really good synergy that happened, there was a good connection between myself as a dancer and myself as a choreographer. I could deliver the best of myself and I knew very well my own limits and possibilities as a dancer.

“There was also more control because I found the choreographer in me wanted more out of the dancers, but ultimately I think I learned a lot about creating my own vocabulary and finding something that was distinct through my own dancing.”

Her unique and extraordinary choreographic language has been variously described as displaying “undeniable brilliance” (Le Devoir) and making viewers “feel passion and unease under your skin” (The Guardian); while The Australian proclaimed her “an image maker of rare distinction.”

Featuring 64 dancers (she had originally asked Sadler’s for 100) Polaris illustrated her amazing ability to move large numbers on stage to overwhelming effect. 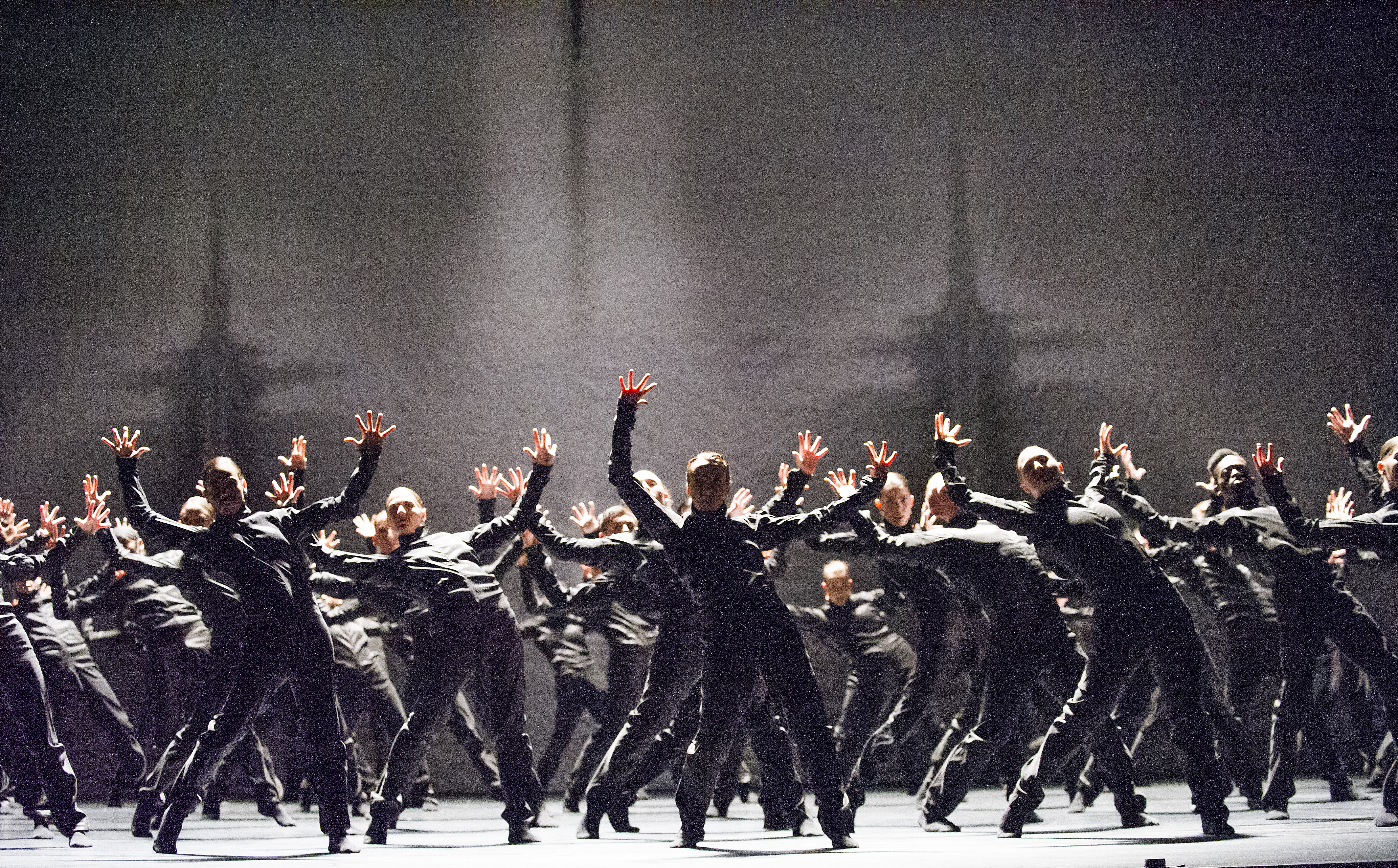 The impact of Crystal Pite’s work comes from the unlikely combination of what she herself describes as “rigour and recklessness.”

Once seen, Crystal Pite’s dance is not easily forgotten. The intelligence she invests in her work, together with her willingness to incorporate all manner of theatrical devices to bolster her concept and drive her narrative, gives rise to extraordinarily powerful works. One such was her take on Shakespeare’s last play: The Tempest Replica.

London is now eagerly awaiting the arrival of Betroffenheit, which Pite says is currently her favourite creation - “I care very deeply about this work!” - though she’s quick to point out she feels strongly about all her works:

“You have to feel invested in what you’re creating because otherwise it doesn’t gel.”

A co-creation with Vancouver-based actor and playwright Jonathon Young, Betroffenheit (the Gernan word means shock or trauma) has its origin in a harrowing tragedy: the death in a fire of Young’s 14-year-old daughter. 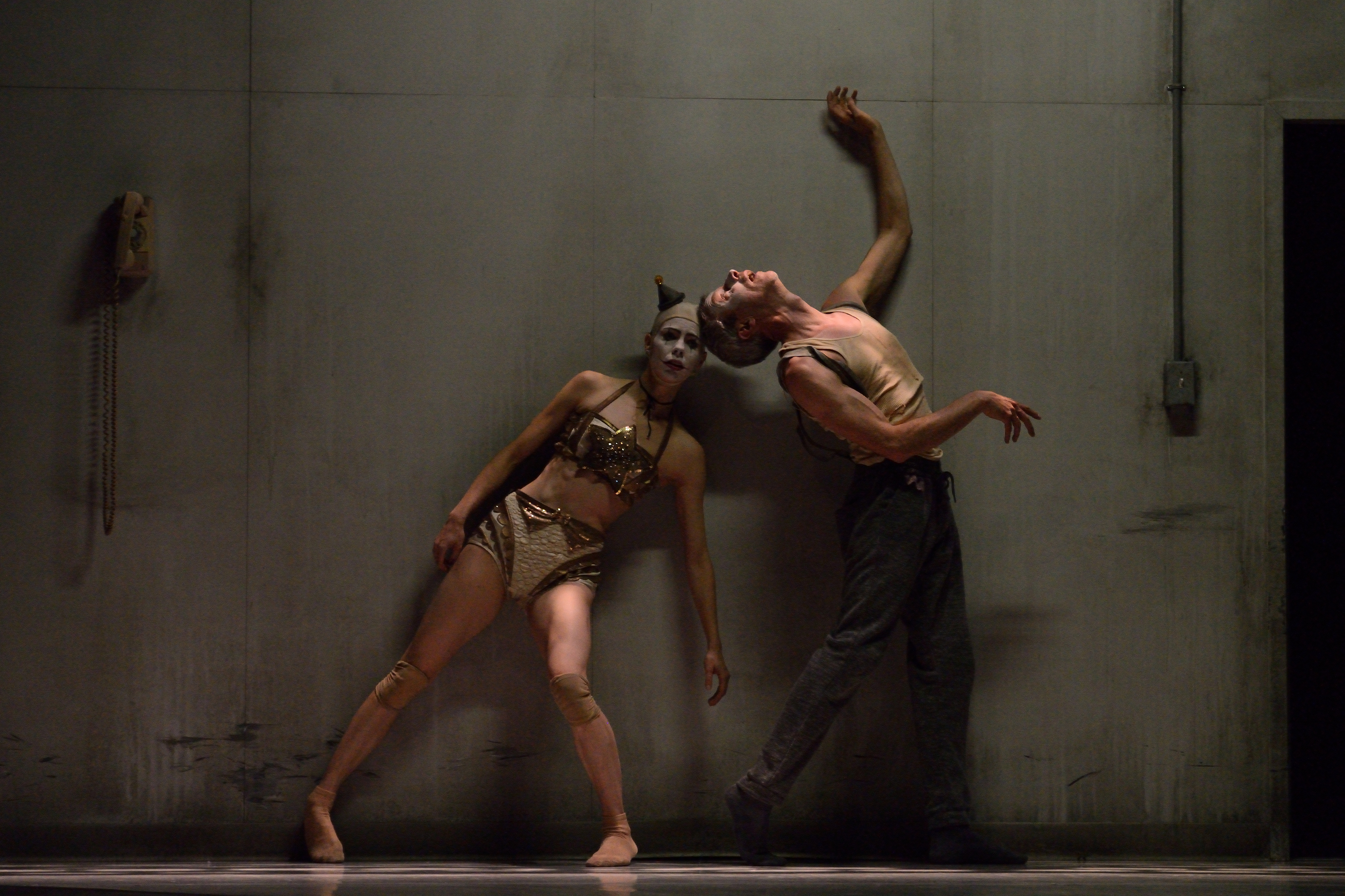 The resulting dance-theatre piece is described as the most harrowing of all her works; and the choreographer was particularly sensitive to the subject because by then she was already a mother. Her son Niko, with partner Jay Gower Taylor (Kidd Pivot’s set designer), is now 5-years old.

Becoming a mother, she says, has fundamentally altered her outlook on life.
“It’s having an influence in the way that I approach everything, including my artistic work. Having a child makes me more aware, more passionate, more terrified, more vulnerable than I’ve ever been before.”

All those feelings will, no doubt, find their way in her coming work. Crystal Pite is sure motherhood will make her a better choreographer. We can only wait with bated breath for her coming creations.