Nominated for a BAFTA for best debut feature, Stephen Fingleton's The Survivalist tells of civilisation in collapse 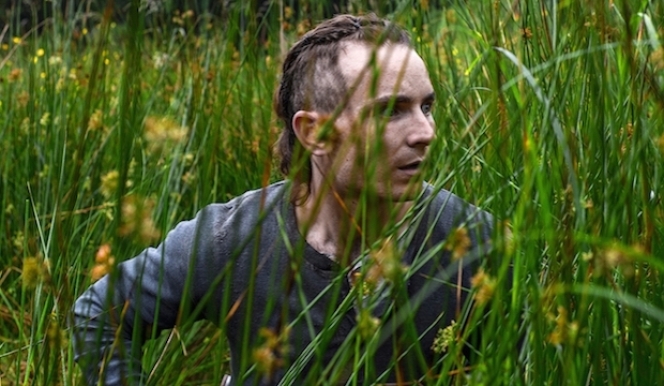 Anyone watching the opening sequence of The Survivalist might think they’ve walked into the wrong film.

The post-apocalyptic drama opens like a documentary: a red line snakes its way across the screen along axis of a graph, representing global population, increasing steadily, along with oil levels. Both lines then plummet.

Click here to read our ★★★★★ Survivalist review
It’s a stirring sequence that sets the tone for the rest of Fingleton’s film. Set in the not so distant future, The Survivalist introduces us to a world in which oil supplies have all but run out and civilisation has fallen apart. The film hones in on three individuals struggling to survive, and the terrifying lengths they go to protect themselves. It's a disturbing, but immensely moving, depiction of how primal instincts reign in the face of threat.

We met up with Irish director Stephen Fingleton to discuss the film and what it says about humanity.

The Survivalist's characters live tribal existences. They move about the forest in small packs, looting and plundering for food, weapons or fuel. It's a regressive picture of the future, but one that Fingleton sees as inevitable.

"Ultimately, civilisations go into decline," he says. "But the difference is, we are now in a massively interconnected civilisation with a multiply dependent supply line, unlike Rome, unlike Ancient Greece. Our entire globalised economy makes us one village, one city: one empire, effectively. And so it’s interesting to see what the world will look like when those bonds fall apart –” he looks up, frowning – “And they will.”

Does he want the film to read as warning, about how fast we are draining our resources? "I think people are too stupid to be warned," says Fingleton. "We have been an absolute pestilence on the face of the earth...We owe so much more to the unknowing actions of termites building a termite hill than we would like to believe." He continues: "there is an insect scale to our intelligence that we don’t recognise, because we see ourselves as individuals." 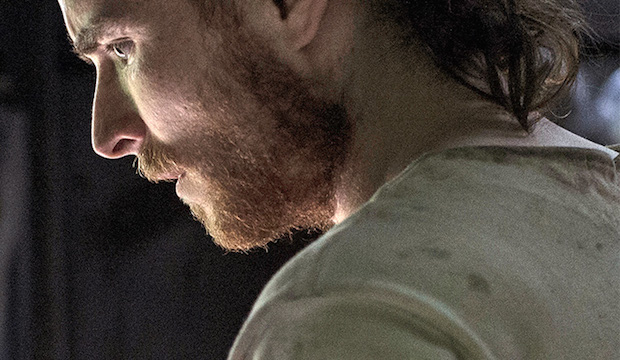 The characters in The Survivalist hardly speak – each interaction is made through gesture and glance, and subtle power plays. Survivors negotiate using whatever is available to them. The film's sexual politics are disturbingly frank: male sexual desire presented as violent and shameful; female sexuality a commodity.

"The world has deformed these characters through their actions."
Romance is one way of putting it. The film's characters repeatedly betray one another; neither blood relations nor romantic ties are safe in this contest for survival. Dynamics shift constantly. It's terrifying to see how quickly empathy disappears from the equation. But again, says Fingleton, this is hardly surprising.

"Germany is regarded as the most civilised culture on Earth – and yet they carried out the most barbaric crimes with chilling efficiency…What we don’t want to recognise is that every country is capable of that, indeed most countries that I can think of have done it, to some extent."

What’s fascinating about Fingleton's film is that it manages, on its very microcosmic scale, to create a vivid picture of society at large. “Rather than showing the abandoned cities, the countries that are falling apart – how society has been deformed – we show how the world has deformed these characters through their actions."

"There is an insect scale to our intelligence that we don’t recognise, because we see ourselves as individuals"
"All three characters on screen are serial killers," Fingleton continues. "They’ve all murdered people to survive, that’s very clear from their behaviour – they’re very polite to each other, which is where the suspense of the film comes, because they’ve no doubt that given the right moment the other will strike.”

Suspenseful it may be, but it's not all doom and gloom. The Survivalist's tale ends on a moving note, an acknowledgement of humanity. With riveting performances from its cast members, and a gripping plot that brims over with intensity but refuses to lead us by the hand, this is filmmaking at its most masterful.

The Survivalist stars Mia Goth, Martin McCann and Olwen Fouere and is released on 12 February. Click here to read our review.