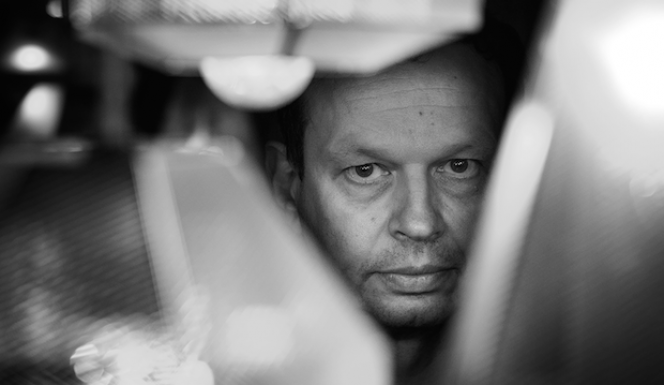 LDF2015: Tom Dixon Interview. Photo by Hamish Robertson, 2014
You can't get much more 2015 than MULTIPLEX. Set in the derelict Old Selfridges Hotel, tucked away just metres from the busiest shopping street in Europe, Designer Tom Dixon has given London his vision of 'the department store of the future'.

Described as 'immersive' and 'multi-sensory', the space is artfully unfinished, a tangle of wires and exposed piping. Shimmering aluminium sheets flap on the walls, á la Andy Warhol's studio, and a cooler-than-thou soundtrack percusses away in the background. Beautiful, bespectacled young people sip flat-whites and coconut water, tapping on their MacBooks.

Everything on sale is fabulously cool; the kind of stuff that no-one needs but everyone wants. Strange bright objects whirr and hum. We have black food, jewellery that looks more like armour, a perfume tent and of course, Tom Dixon's iconic copper lamps.

After a brief spell as a bassist, including a Top of the Pops performance, Dixon put down the guitar and picked up a welding torch. He became known as an untrained designer with extraordinary flair. He worked for several brands, and eventually became head of design at Habitat. In 2008 he set up his own company, Tom Dixon Studio. Known for his distinctive metal work, he single-handedly launched a copper renaissance.

We spoke to the boyish and warm designer at the MULTIPLEX launch, over designer coffee and miniature pastries.

CW: Multiplex is described as the department store of the future – what’s wrong with the shopping experience now? How has the high street changed?

TD: You have to work a lot harder to get people away from the internet and the mega malls. For smaller labels and fresh ideas you’ve got to really think of ways of engaging people again. In the conventional department store things are ghettoised. Beauty gets the best space, furniture gets the worst space and then you get toys in the middle. But that’s not the way you live, is it?

Life is a lot more overlapping and multi-layered than most stores are. MULTIPLEX is a reflection of how people live on line. People leap from a news story to a fashion shoot. That’s the kind of thinking we’re trying to reproduce here. 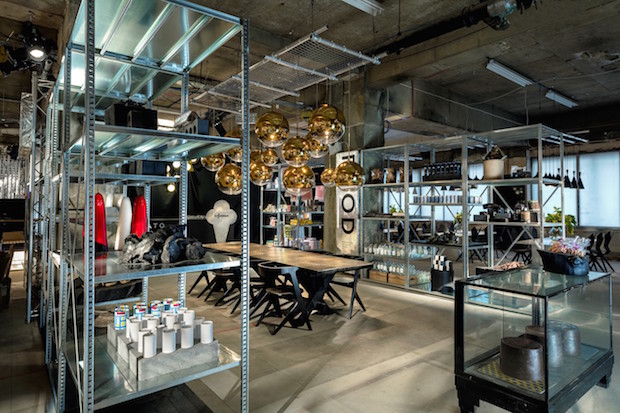 We curated them to a certain extent but we also had to be pragmatic about who would have the courage to do it with us.

We need people that understand that being in a raw environment and being more immediate is something that is worth doing. If I had more than eight weeks it probably would have been a slightly different mix, but these are courageous people. It’s astonishing to see people like Gail’s, who you wouldn’t imagine as being very flexible, actually coming in and grasping the idea and cooking black bread.

One of the brands at MULTIPLE is Reviv, which administers vitamins intravenously. Would you pay 200 pounds to get rid of a hangover?

Yes, I would pay 200 pounds to become more handsome and have more energy. It’s worth trying once, isn’t it? Maybe it saves your life. It’s something I don’t know about which is why I’m interested in it.

Are you going to get a free IV drip?

We haven’t negotiated that. 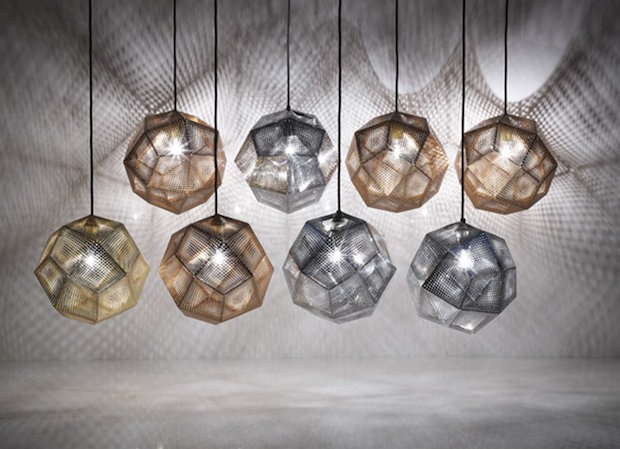 You headed up the Habitat brand for ten years. Do you think that working with big-money clients dilutes your work? Does it feel like selling out?

No. When I joined Habitat a lot of my friends were like, 'what're you doing?' But it was more radical for me at the time to join a big company. I’d done the thing of making things with my own hands. There’s something really refreshing about working as a creative director. I had a much broader landscape. It was more like being a film director than a designer.

Would you do it again?

Yeah, of course. You have to put yourself in slightly uncomfortable situations in the order to thrive.

And also I realised through working with bigger businesses that the only way I was actually going to get proper job satisfaction was jumping into the fire and creating my own thing, setting up my own business. It’s still a hard graft. It’s taken about ten years to get to the point where we can do something like MULTIPLEX.

If you weren’t Tom Dixon, which design brand do you wish you could run?

I dunno. That’s a really hard question. I wouldn’t mind doing fashion for a while. I love the speed of delivery. I’d like to live in Paris, I wouldn’t mind heading up Dior. But Raf [Simmons] has got that…

You were originally a bassist with Eighties band Funkapolitan. How did you go from musician to welder?

I had a motorcycle accident and I wasn’t able to go on tour. I broke my arm and they replaced me with a session bassist that was much better than me. By that time we’d already started doing the club business, which left me with huge amounts of the day where I could do whatever I wanted. I started making things as a hobby. People started buying them. The nightclub stuff got less interesting and making stuff got more interesting. It was an evolution, not a conscious choice.

What was so appealing about it?

My interest was powered mainly by the fact that I could convert raw material into a living. Scrap metal into gold. It was an alchemy thing, that I’m still fascinated with now. 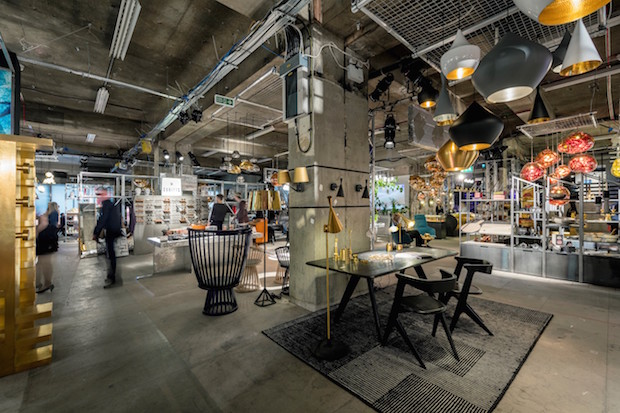 How do you know when something that you’re working on is finished?

Oh it’s never finished, I’m never satisfied. I can only ever see the faults. Right now I’m looking at all the faults in here. But I don’t want to tell you about those...

You are obsessed with copper, and have prompted its renaissance, what’s the fascination?

It’s a very forgiving material; easy to hammer, easy to bend. You can make it in to lots of different colours, you can patinate it into green or blue.

For a long time the only design metals were stainless steel, brushed aluminium, or chrome; hard, masculine metals. More recently, what’s happened with compact fluorescent bulbs or LEDs is that the quality of the light is quite harsh. But copper stays warm in the light.

I might go stainless steel soon. There’s a scoop for you.

Of all your achievements, what are you most proud of?

I’m never very proud. It’s nice when you see something of yours in a museum. It’s even nicer when you see it in somebody’s window.

It feels like London in the grips of a Scandinavian design takeover – what do you think the status of British design is? Is it out of fashion?

British design is a slightly more complicated story, which is why it doesn’t have a strong aesthetic presence. There is a new Britishness emerging but it’s a very international Britishness. It’s much harder to pinpoint than something as aesthetically characteristic as Scandinavian design.

What’s your favourite object in MULTIPLEX?

The Haeckels pop up tent is great. It really works. You go in to this space filled with perfume and come out feeling refreshed. It’s confident, unexpected and really in tune with the space. Plus, Margate!

Multiplex, part of the London Design Festival, is in the old Selfridges Hotel, Orchard Street, W1 (tomdixon.net) from Friday to Oct 15