From the magical world of Harry Potter to space-age science, there's plenty to entertain children of all ages this autumn 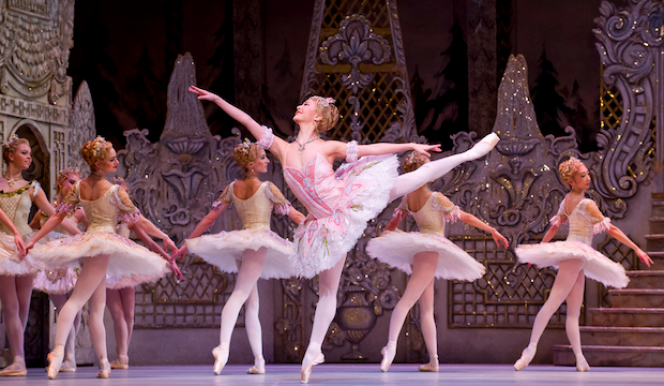 The Nutcracker Ballet, Royal Opera House
Treat the family to some of the best child-friendly London attractions. From an immersive make-believe game to masterful martial arts displays, there's plenty to entertain children of all ages. Make the most out of London with our favourite family events this autumn and beyond.
Kidzania, Westfield

Work has never been such fun! Kids can play at being grown up and immerse themselves on a chosen career path full of activities and adventure. With a special Kidzania currency and plenty of challenges, children may even learn the value of ambition and hard work… Best of all parents can kill the time shopping in the nearby Westfield shopping centre.

To infinity, and beyond! The Science Museum blasts off into outer space with a major exhibition about the pioneering Russian cosmonauts. Curious kids can explore the machines that made space travel a reality and learn all about the political tensions behind the moon landing.

The famous Buddhist Monks returns to London after a seven-year absence with a show full of thrilling Kung Fu feats and masterful martial arts. Combining discipline, grace and spirituality, this Shaolin Monks’ athletic display will mesmerise audiences of all ages.

The Warner Bros. studio, where all eight Harry Potter films were created, has welcomed the Hogwarts Express train among the magical sets, props and costumes used in the films. Discover the secrets behind Harry’s chocolate frog and the Dementor attack on the train, before visiting the Great Hall. It is a short broomstick ride away from London but for Muggles it is half an hour from Euston station

After eight years of captivating crowds, the beloved West End show War Horse will finally close. The deeply moving tale of friendship through WWI is brought to life with breathtaking puppetry. With a fanfare of five star reviews and an astounding 25 awards, War Horse is London theatre at its best. Don’t miss you last chance to see the magic on stage.

Step back in time and explore the Prime Minister’s secret shelter during the blitz. Bring the history of WW1I to life as you wander through a warren of war rooms, bunkers and the impressive Winston Churchill Museum. Interactive displays make the fascinating facts engaging for children.

The fairytale magic of Cinderella gets a sassy update for this fun-filled Christmas Pantomime. Relocated to modern day London, with a pink glittery trainer instead of glass slipper, this festive show makes the classic tale fresh. But, with all the interactive fun of a pantomime, there will still be touches of Christmas tradition.

Christmas wouldn’t be Christmas without The Nutcracker, and this Royal Ballet production at Covent Garden's spectacular Royal Opera House is as gloriously festive as it gets. A sumptuous set transports you to Edwardian London, the traditional tale of Mouse Kings and Sugar Plum Fairies fizzes with colour and magic. Book early; tickets are sure to sell out.