The Best Shows to See in London this Autumn 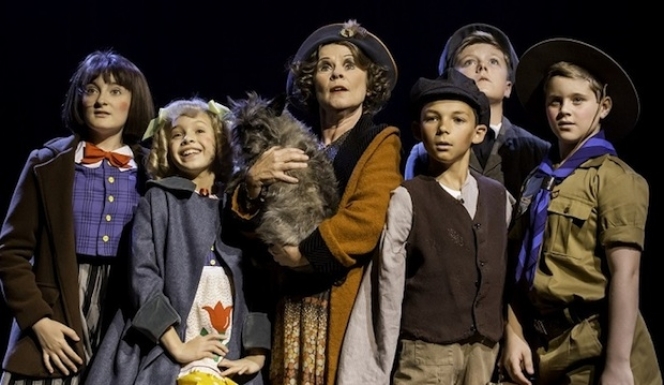 Charlotte Brontë’s Jane Eyre is a bastion of British literature. In this illuminating stage adaptation, the Victorian romance and Gothicism is made potent, poetic and deeply affecting. We were sceptical about a classic novel transformed into experimental modern theatre, but this production pulls it off with aplomb. Book fast; tickets are sure to sell out.

Hollywood star Nicole Kidman swaps films for the West End. Last time she was on the London stage, Kidman caused a sensation with full frontal nudity. Now she plays a steely scientist whose momentous mind is overlooked in a sexist industry. This new play about the real life drama behind the discovery of DNA impressed in America and is set to put science in the spotlight for its London premiere.

This side-splitting farce about backstage catastrophe is revived by the first man of British Theatre, Kenneth Branagh. With a cast composed of the crème de la crème of stage actors and a script bursting with hilarious hi-jinks, Harlequinade will be West End theatre at its best.

It’s rare for contemporary foreign plays to make a splash in London Theatres. But, after superlative reviews for a translated version of The Father, French playwright Florian Zeller has become a star this side of the channel. Now, due to popular demand, the heart-wrenching black comedy about dementia transfers to the West End.

An all-singing, all-dancing West End musical is a rite of passage for all theatre fans in London and Gypsy is the very best in town. The story of a plucky, pushy stage mum’s a mission to make her daughters Vaudeville stars, is revived with style and stunning songs. But the biggest draw is stage stalwart Imelda Staunton’s astounding, almighty lead performance as Momma Rose.

After a sell-out premiere this charming blend of music and story telling is a hot ticket in the West End. The extraordinary tale of mad King Philippe V of Spain and Farinelli the famed castrato performer is a witty and warm celebration of music’s healing power. Expect a richly entertaining evening with candlelight, authentic baroque instruments and England’s most esteemed classical actor, Mark Rylance.