Bugsy Malone on stage is a joyous Prohibition pastiche that delights all ages, say Eleonore and Anatole Dresch. 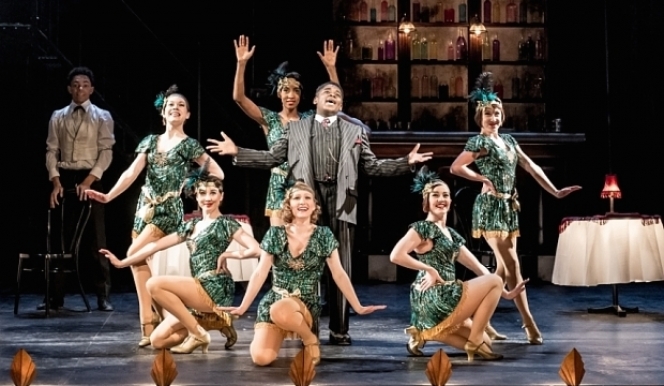 Review: Bugsy Malone, Lyric Hammersmith Theatre [STAR:5]
I will give it five stars and a half. I enjoyed every moment of it. My favourite character was Fat Sam because he is a hilarious boss along with BabyFace. And the best moment was when the Boxers started to dance. I was very worried that the splurge guns would look different from the ones in the movie - but in fact they were very cool. And even cooler is the fact that once “killed” the gangsters come back to life saying “Aw man”!

What a delight after a five year expansion project to be back to the refurbished Lyric Hammersmith for such a dazzling revival of Bugsy Malone. Artistic Director Sean Holmes is back with a bang. And it is a wonder that Bugsy had not been brought to the theatre before.

It works joyously well and in a way feels more convincing on stage. The young cast was terrific, from Fat Sam (Jenson Steele) to Emily Beacock’s Baby Face, and when the lovely Blousey played by Zoe Brough came to the front stage my mesmerised 8 year old son fell off his seat. Supporting these future stage stars, the teenage ensemble exulted vitality. Some beautiful voices and even the gauche acting moment or swallowed line - that seemed unavoidable - almost felt part of this pastiche of a play.

Jon Bonsor’s set recreated a perfect Prohibition atmosphere with a vaudeville touch and the choreography was very well executed.

As Sean Holmes put it, children playing adults is “a seemingly ridiculous premise” but, "a premise that proves to have a crazy brilliance”.

Brilliance it sure has and it is cleverly done. What stuck me is how much it worked for nostalgic adults who grew up with Alan Parker’s movie as well as children who identify with the young heroes.

Bugsy Malone is at the Lyric Hammersmith Theatre until 5 September. Click here for more information and to book.