As her new exhibition at House of Illustration opens, daredevil illustrator Hattie Stewart talks Doodle-bombing, high fashion and her favourite spots in London

Hattie Stewart © Paul Grover
Professional doodler Hattie Stewart has a certain touch of magic about her. Scooped up by influential designers like House of Holland, Marc by Marc Jacobs and Adidas, she already has some spectacular collaborations. Originally from Essex, the London-based illustrator has been making her mark across town with her radical work and growing number of fashionista followers.

Cheeky, enigmatic and daring, Stewart is best known for her 'Doodle-Bombing' where she takes covers of influential publications like Vogue and Playboy and radically alters celebrity images of FKA Twigs and Rihanna with her own quirky touch. It's a mad world of cartooney and frantic characters, with dark humour and bold colours thrown into the mix.

You can catch Stewart at her new show in King Cross' House of Illustration this spring, a fantastic new venue which celebrates all things illustrated - from contemporary creatives to traditional heavyweights like original Mad Man, Mac Conner, and Quentin Blake.

We sat down with the trailblazing illustrator to discover her secrets and favourite spots in the big smoke. 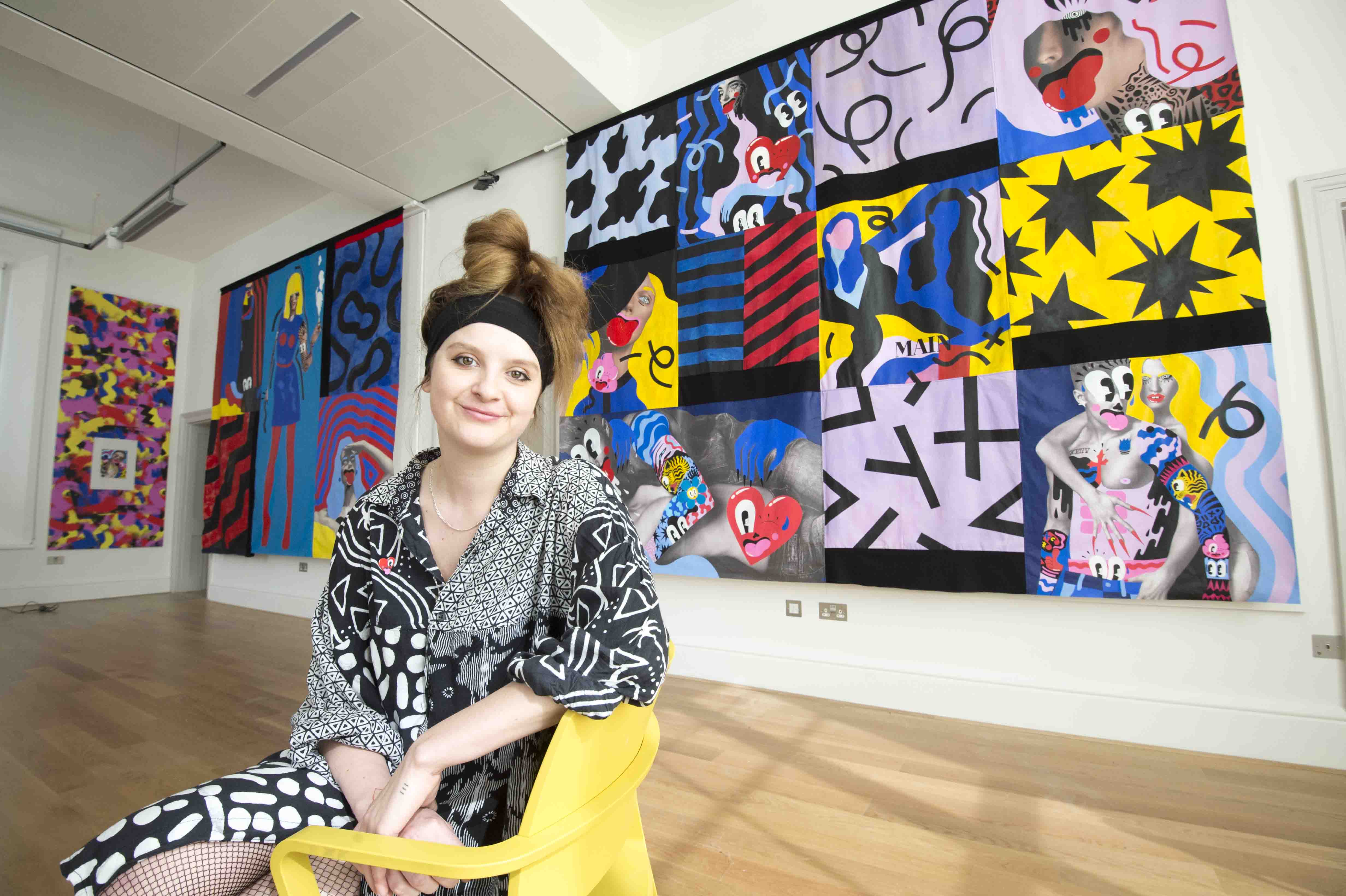 Hattie Stewart at her new show at House of Illustration

I've always had a love of the V&A, I could get lost in there for hours. I also love the Vintage Magazine in Soho - it's where I go for quiet time and pick out some amazing magazines to draw on.

Probably Victoria Park Village - I have just moved to area but already fallen in love.

Regent's Canal from my home in Victoria Park straight down to my studio on Kingsland Road - a beautiful walk in the summer!

Gosh defining my greatest meal always depends on 3 things - who I'm with / what I ate / how much booze was involved, so really I can have a great meal anywhere! One that does really stick out though is the incredible vegetarian roast I had at The Spaniard on a summer's day with some great friends. 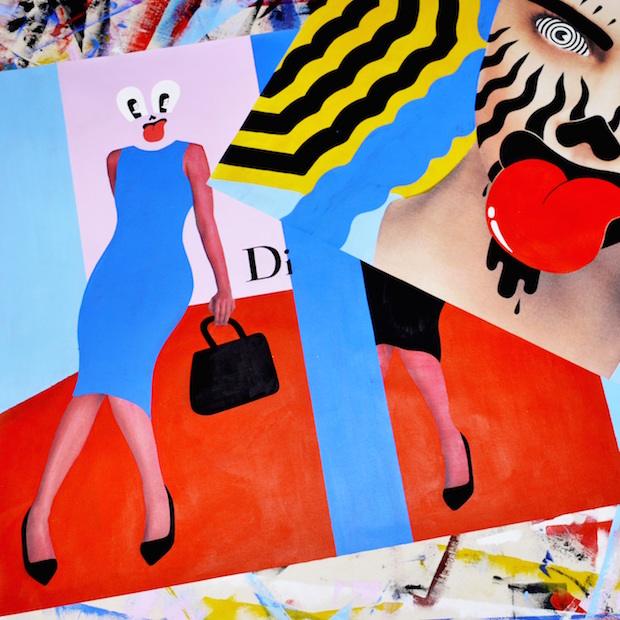 Watching the sun set over London on a rooftop with beer in hand.

If I tell you then everyone will know about it and it won't be hidden anymore! 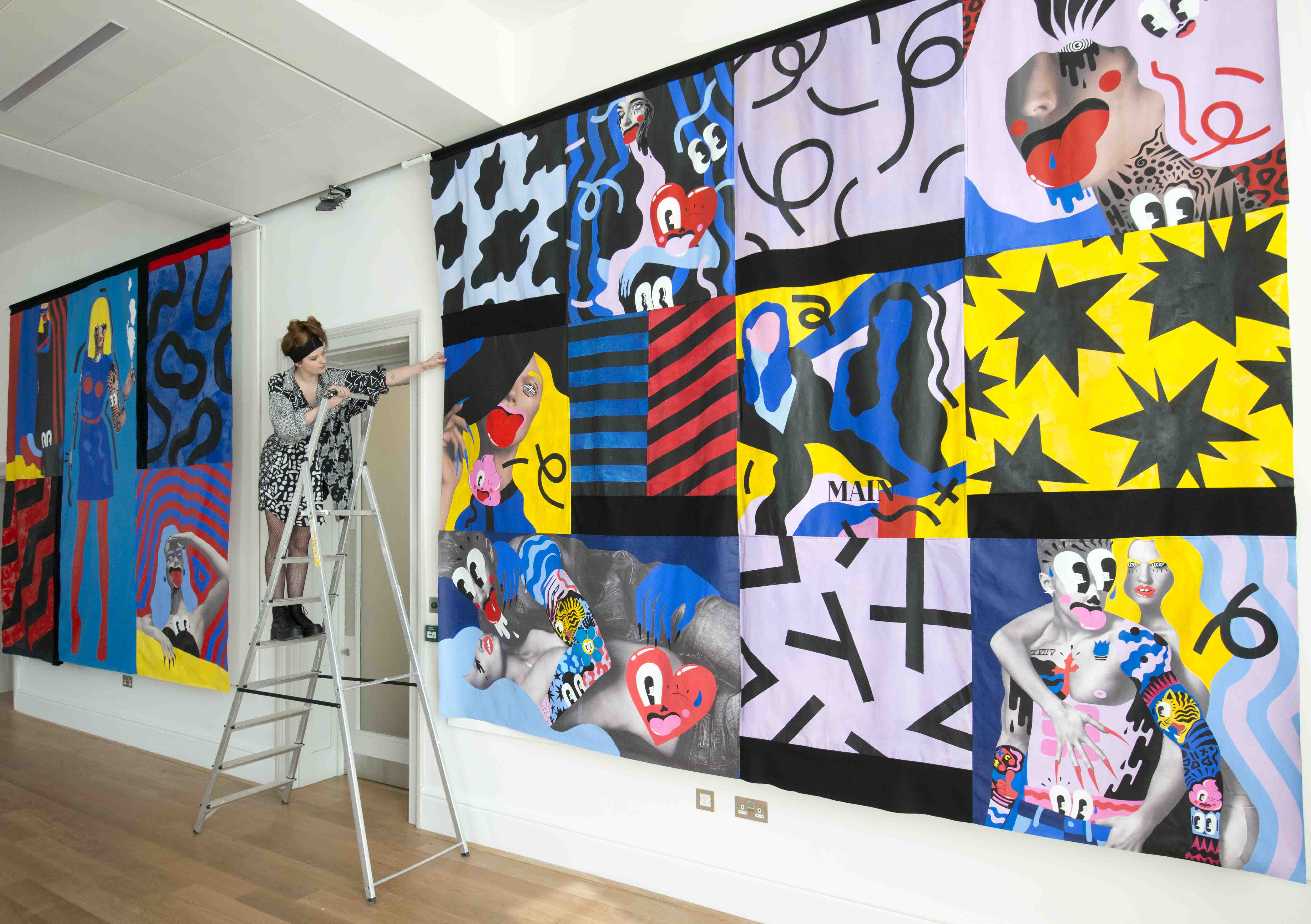 The V&A Childhood Museum on Cambridge Heath Road is wonderful.

At House of Illustration where I have an exhibition at the moment.

Pauline Boty (the little known pioneer of British Pop art and the only female member of the movement).