London Design Museum celebrates the best designs of the year, from a swish BMW sports car to a human lung on a microchip 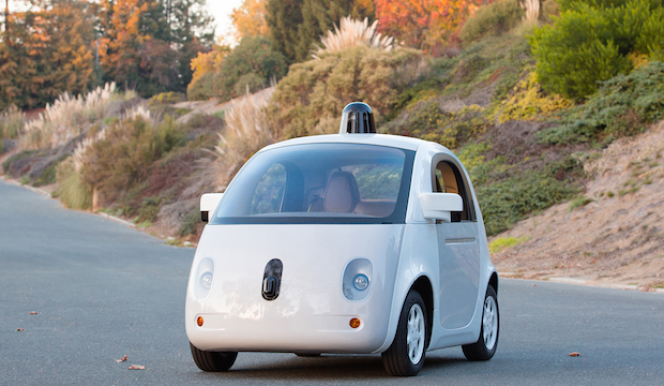 As Design Museum, London launches the 8th annual Designs of the Year Award, Culture Whisper takes you on a walk-through of the exhibition to highlight our favourite moments and who we think is going to be setting the judging panel alight. This year, sculptor Anish Kapoor leads the judges to wheedle out the winners from each category (Transport, Fashion, Product, Architecture, Graphics & Digital), and an overall winner from the 76 Designs of the Year 2015 nominations.

Previous Design of the Year winners have included Zaha Hadid in 2014, for her sweeping Hedar Aliyev Center in Azerbaijan, the Olympic Torch by Edward Barber & Jay Osgerby which lit up the London 2012 games, and Shepard Fairey's iconic poster of Barack Obama for his Presidential campaign. So we have high hopes for this year's nominees!

Curator Gemma Curtain explained that 'we wanted to consider designs that deliver change, designs that enable access, designs that capture the spirit of the year and projects that extend design practice'. Across the 6 sections there is certainly a huge variety, from emerging designers to powerhouse names that have defined the year in design.

Designs of the Year 2015 review 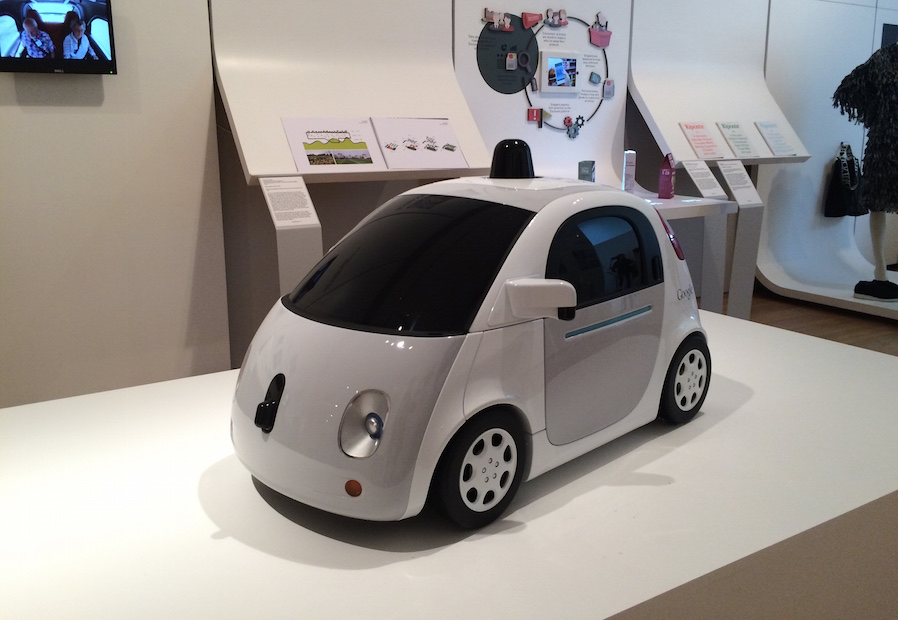 Google takes a huge leap into the future of robotic technology with this adorably cute car that can drive itself at the press of a button. 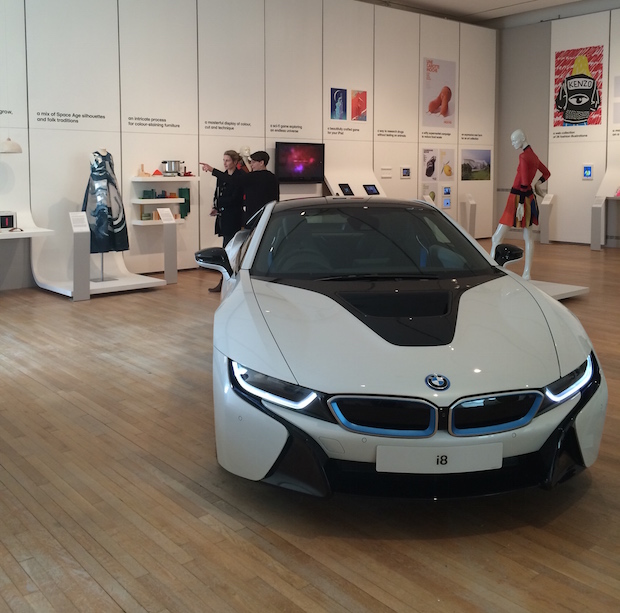 The beautifully streamlined electric i8 sports car from BMW, with its aerodynamic body and top speed of 155 mph, is a sight to behold. Made from carbon fibre, reinforced plastic and aluminium, this car is more than just stylish - it's environmentally friendly, lightweight and super energy efficient. 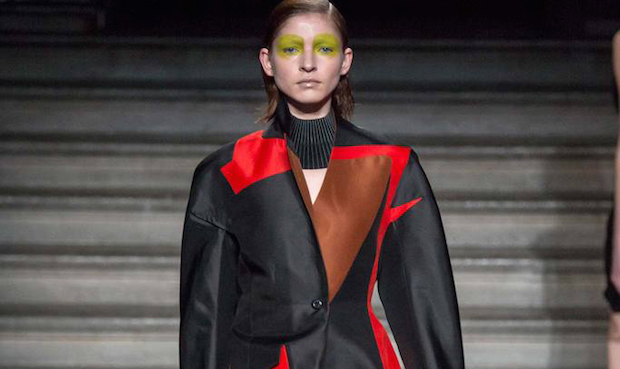 At 22, he was the youngest ever MA graduate from Central Saint Martins: Thomas Tait brings us his AW13/14 collection of bold outlines and textured fabrics knotted together in a perfectly fitted finish. 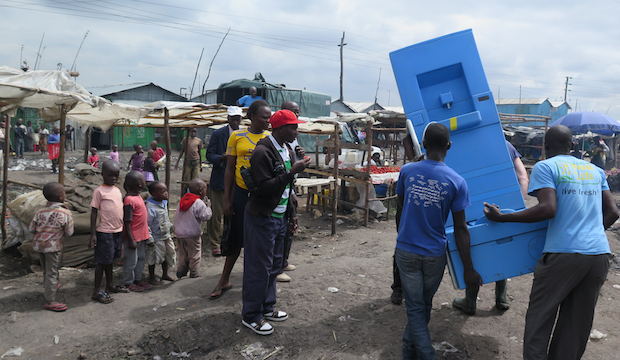 This entirely self-sufficient toilet was designed for urban communities without running water or sewers in response to the high mortality rate from poor sanitation. The system collects waste water and cleans it through chlorine and a membrane bioreactor to make an incredible seven litres of safe water a day for hand-washing and flushing. 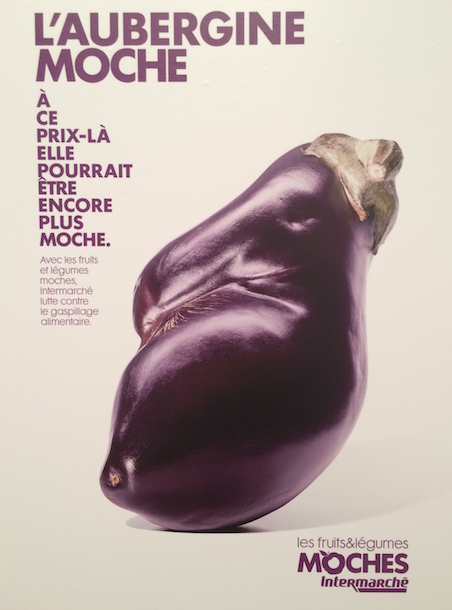 Inglorious Fruits and Vegetables designed by Marcel for Intermarché, France

On the quirkier side of things, you'll love the tongue in cheek campaign from French supermarket Intermarché which shakes up the image of misshapen and discoloured fruit and veg, and encourages shoppers to stop wasting food. 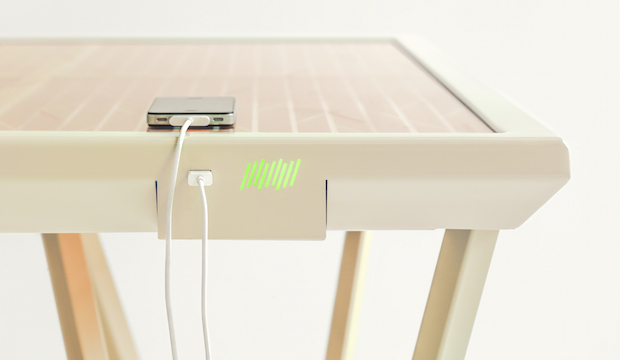 This astounding table lets you plug in and charge your device by absorbing energy from daylight. The eight dye-sensitised solar cells are just like the leaves of a plant in the way they soak up sunlight and then transform it into a current. 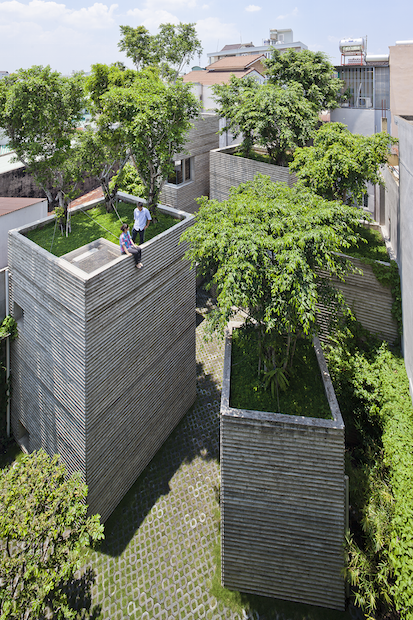 While seeing the plans and models for the nominated architectural projects is never the quite same as in real life, we were still impressed by Vo Trong Nghia Architects' reintroduction of the big tropical trees that once covered Vietnam in their designs for House for Trees, an amazing series of five concrete boxes that are like enormous pots of earth. 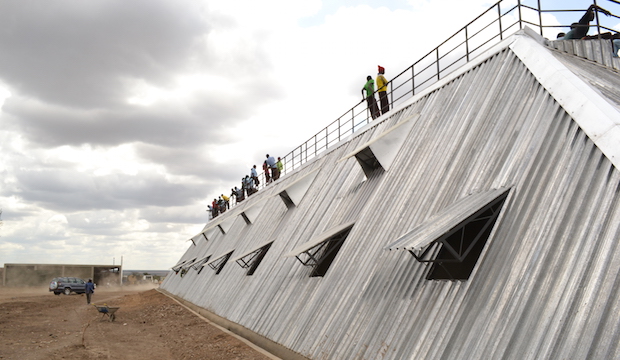 Waterbank Campus designed by PITCHAfrica for the Annenberg Foundation, USA

We were also convinced by PITCHAfrica's designs for the Waterbank Campus at Endana Secondary School where low-cost constructions collect rainwater and ease ethnic tensions by providing safe housing for girls in education, and transform the male zone of the Samuel Eto'o Football Academy into a sustainable venue that harvests water for the community. 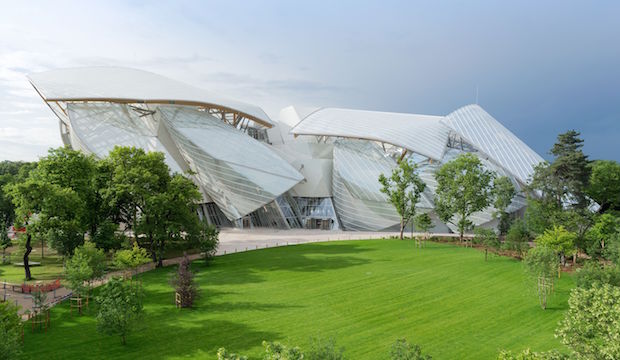 Our favourite building of the year, which sums it all up, must be the Fondation Louis Vuitton by Gehry Partners just outside of Paris. 85 year old Frank Gehry's enormous structure looks like a ship in full sail, moving effortlessly across the dense forest of the Bois de Boulogne. 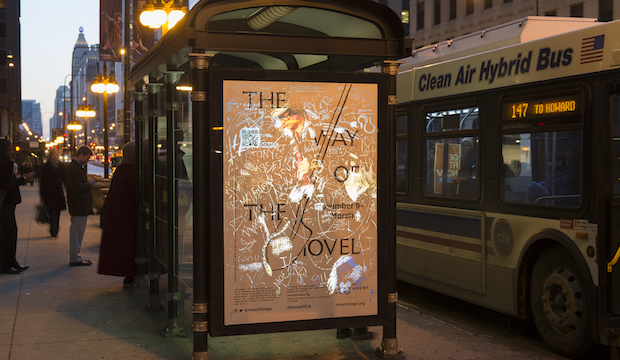 The Way of the Shovel designed by Romain André, France and Michael Savona for the Museum of Contemporary Art Chicago, USA

It's hard to get over excited about graphics, but we loved the inventive advertising of the MCA exhibition, The Way of the Shovel, which had people waiting for the bus scratching off the silver layer of a bus-shelter poster to discover the show details beneath and a colourful portrait of local artist, Tony Tasset. 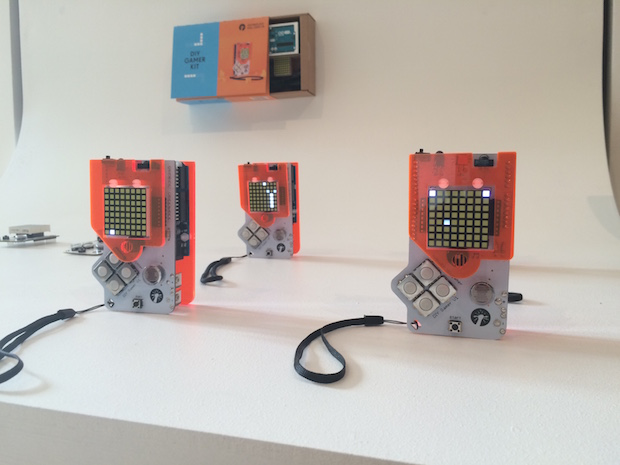 DIY Gamer Kit by Technology Will Save Us, UK

Did you know that UK secondary schools began to teach coding in September 2014? These kits for young people let them turn their hand to computer programming, soldering, problem solving, debugging and even building their own game console. Look out also for the Kano and MAP Project Office Kano computer kit which has a similar remit. It was so popular amongst investors that it received $1,522,160 from 13,387 backers in just over a month! 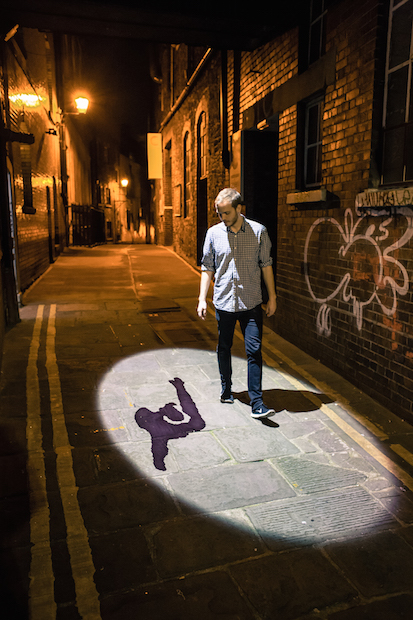 Take a leaf out of Peter Pan's book and play with your shadow with this amazing streetlight which records and plays with the shadow of anyone who moves underneath it. Last year eight lights were scattered across Bristol in the quieter streets of the city for residents to find.

Stroll amongst the movers and shakers of the design world, and the rising stars who will be causing a stir in the future at this Design Museum exhibition. And don't take our word for it - Design Museum visitors can cast their vote for the Designs of the Year at the gallery before the final winner is announced in June.