After it packed out the Almeida, Ghosts at fringe space Trafalgar Studios is the most coveted ticket in town. Culture Whisper caught up with director Richard Eyre... 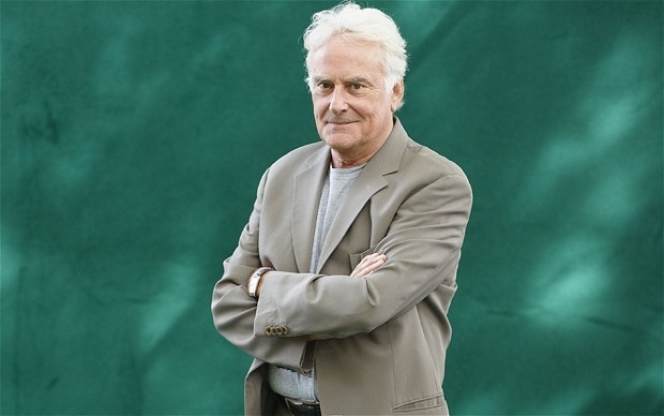 Not for the first time, Eyre is the toast of London theatre. Freshly awarded ‘Best Director’ at the Evening Standard awards, for a production piled high with five-star ratings. London was spell-bound: ‘A masterpiece’, ‘compellingly vibrant’ ‘spellbinding’; Ghosts has ‘too many glories to list’.

Not that this critical worship has gone to Eyre’s head. 'I loathe the lobby. I have to make a rushing wind noise in my ears to avoid hearing the chatter.

'I’ve heard the most terrible things that have pierced my heart. The other night, for example, somebody said about Ghosts “This is the best theatre I have ever seen. Apart from the ‘Book of Mormon'”.

He’s being playful, but over a ten year reign at the National Theatre (1987-97), perhaps Eyre understands better than any just how fickle a friend an audience can be. 'They give with one hand, and they take away with the other.'

He has nothing to worry about: this production is as good as they say. Lesley Manville gives a gale-force performance as Helen: a woman scrabbling at the ruins of a life, in a household haunted by embodiments of her husband’s sins. As her prodigal son Oswald (played by the mesmerising Jack Lowden – definitely one to watch) returns, the full damage is revealed. 'There’s not much healing or redemption,' Eyre concedes with a grimace. 'Helen makes an astonishing journey - but at the expense of her whole life'.

The director has shortened Ibsen’s scathing drama, and produced an hour long, high-octane production, which soars to an excruciating crescendo. The final scene curls you up in your seat: the full horror unravels, palpitated (ever so slightly melodramatically) by a grim cacophony of Manville’s rhythmic screeches and Lowden’s guttural moans.

Ibsen’s wilfully sensational play caused outrage when it was first performed. The frank discussion of venereal disease and incest were intended to shock. Eyre’s production certainly hits hard- but what does it have for a modern audience?

'It’s a play that is absolutely eternal. The play isn’t about syphilis, it’s about the freedom of women and challenging a moral orthodoxy'. Worthy stuff.
Oh, and also ‘all the sex and death’. The play won’t stay put in its nineteenth century Scandinavian box: ‘it’s like an episode of Breaking Bad – fuelled by confrontation, full of passion’.

Helmed by one of the great British theatre directors, Ghosts was one of the hottest theatre tickets in London; don’t miss your second chance to see it. Just be careful what you say in the lobby.