Behind the Beautiful Forevers, National Theatre 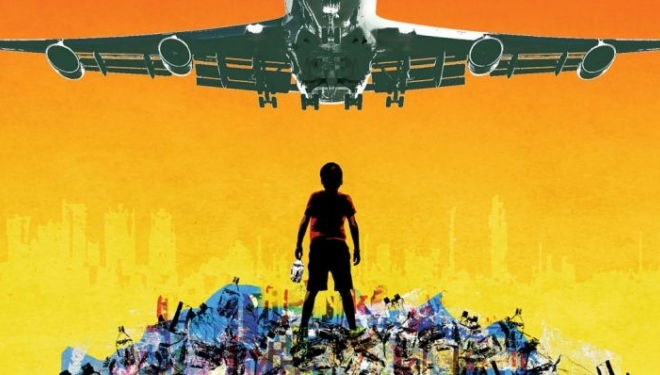 Behind the Beautiful Forevers, National Theatre
The Story...

Who better than a Pulitzer Prize winning reporter and an Olivier Award winning playwright to tackle a story that makes ‘truth surpass fiction ’? This dramatic non-fiction account of life in a Mumbai slum won The National Book Award and was named one of the Best Books of 2012 by no less than twenty-nine publications. Boo spent more than three years in the Annawadi slum and used 3,000 public records to research her striking story. The slum setting seethes with energy as its residents' ambitions are threatened by a global recession and shaken by a devasting accusation.

After the success of Hare's MI5 spy trilogy Worricker, which came to an end in March this year (and is now available on DVD), it will be fascinating to see how he tackles another real-life piece set across the globe.

Along with an illustrious career on stage and screen, lead actress Meera Syal is also an award-winning novelist. Her book Anita and Me (which was adapted to a hit film) has echoes of Syal's own upbringing as it gently explores the comedy of culture clash for the young Indian heroine Meena growing up in the Midlands. Syal is also a vociferous campaigner for representation of ethnic diversity in broadcasting, recently stating at the Act for Change Project that "if attitudes aren’t changing, you’ve go to lead people that way... we’ve got a massive amount of talent not getting the breaks ". This project, which portrays life in the Indian slums, is an apt platform for both her beliefs about minority representation in drama and her impressive acting talent.

Fresh from his appointment as the National’s new Director, Rufus Norris will take the helm on what promises to be an epic and colourful production exploring family tragedy, poverty and cultural tensions over religion, sex and power. Norris is no stranger to delving into different cultures. The first production in the National’s edgy temporary space The Shed was Norris’s Table (written by his wife Tanya Ronder), which spanned six generations and thirty characters, while critically acclaimed The Amen Corner was described by The Guardian as putting ‘a complete community on stage.’ Come 2015, we can look forward to the release of Norris’s film adaptation of moving musical London Road, starring Tom Hardy. If his debut film Broken (2012) was anything to go by, it’s going to be something very special.


Behind the Beautiful Forevers is running from the 10th of November to the 14th of January. Click here for more information and to book.