To celebrate the new book from Ian McEwan, 'The Children Act', Joe Lloyd surveys his career and picks out ten of the best ever Ian McEwan quotes. 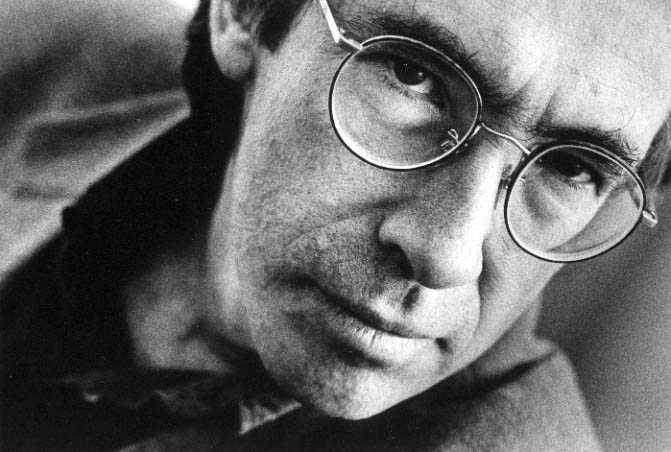 Since his string of blockbuster successes over the past two decades, Ian McEwan has come to be seen as a one-man literary Establishment. His novels compete with cookery books and celebrity memoirs in the bestseller lists while being studied in universities. While his friend Martin Amis's career has been derailed by scandal and uneven works, McEwan has quietly ascended to the position of Britain's most celebrated contemporary novelist.

This month sees him return with The Children Act, his thirteenth novel. In a slew of interviews to promote the book, he has claimed that “very few novels earn their length”, singling out especially the American tendency to churn out “a brick of an object.” But with doorstoppers by Hilary Mantel and Eleanor Catton winning the last two Booker Prizes, perhaps McEwan has some other targets in mind. Even his longest novels - which seldom reach more than a couple of hundred pages – are models of concision and focus, with little in the way of poetic digression and dispensable sub-plot. His work is fiction stripped to essentials.

Although McEwan spent much of his childhood travelling the world with his military father, the bulk of his fiction investigates British domesticity. In 1970, he became one of the first graduates of Malcolm Bradbury and Angus Wilson’s pioneering creative writing course at the University of East Anglia, now regarded as the most prestigious in the country. Throughout his career, he has remained reserved, generally sitting in the public eye as a writer alone. Allegations of plagiarism in Atonement and The Cement Garden were quickly rebuffed, with the help of an esteemed collection of world novelists. His position at the forefront of English literary fiction seems unassailable.

When McEwan first arrived he was greeted with rather a different reaction. First Love, Last Rites (1975), a collection of short stories, was noted for its grotesquerie and perversion, always couched in measured, elegant language. In Between the Sheets (1978) brought more of the same, with troubling sexual liaisons and monstrous Dickensian villains. V. S. Pritchett even sensed echoes of Kafka and Beckett. His first two novels – incest shocker The Cement Garden (1978) and sadistic psychodrama The Comfort of Strangers (1981) – earned him the epithet ‘Ian Macabre.’ When the BBC withdrew production of his story Solid Geometry due to obscenity, McEwan’s reputation as a sensational troublemaker seemed secure.

When he returned six years later with The Child in Time (1987), however, McEwan’s style had evolved immeasurably. Written while fighting for custody of his children, the novel’s depiction of a father who has lost his daughter was humane and passionate while retaining a sense of menace. It is a critique of Thatcherism’s meanness and banality, set in a subtly dystopian near future. Furthermore, The Child in Time established McEwan’s long-standing interest in anatomising family ties, inherited from Austen, Eliot and James. The Innocent (1990) and Black Dogs (1992) both concerned the Cold War and its aftermath, with the latter in particular a meditation on twentieth-century European history.

Enduring Love (1997), instantly famous for its brutal yet arresting opening scene, was propelled onto school syllabi; Amsterdam (1998), though regarded by critics as a minor work, won the Booker Prize. It was 2001’s Atonement that consolidated McEwan’s position as Britain’s pre-eminent contemporary novelist. Initially a wartime romance in the vein of Elizabeth Bowen, it gradually reveals itself as a comment on the power of writing. Here the frights of his earlier work have been effaced by a controlled lushness, laced nonetheless with a sense of the disquiet. Garlanded with numerous international awards, it was instantly accredited a masterpiece.

Saturday (2001), which depicts a single eventful day in a brain surgeon’s life, followed. Though praised for its morality, maturity and skillful weaving of medical language into succinct prose, it also seemed to confirm McEwan’s status as an Establishment novelist. His protagonists are almost invariably doctors, academics, judges and scientists, usually male; recently he has hinted at future works on architects and pilots. These protagonists are often threatened by the seamier aspects of British society, whether Enduring Love’s delusional stalker or Saturday’s violent thug. The great Irish author John Banville lambasted the novel’s self-satisfied bourgeois banality, considering it a feeble waste of its author’s talents.

Despite the acclaim for his most expansive novels, critics have claimed that he works best on a smaller canvas – when asked for his favourite McEwan work, Martin Amis chose “the first 200 pages of Atonement.” With the exception of 2012’s Sweet Tooth – part romantic spy yarn, part semi-autobiographical exploration of literary style – McEwan’s recent works have been compact, dense portraits of one or two characters. He has repeatedly commended the merits of the novella form, where there is no room for superfluous language. In On Chesil Beach (2007) we spend a night with a honeymooning couple at the dawn of the 60s; Solar (2010) is a global warming comedy starring a Nobel Prize-winning physicist.

The Children Act, released this week, continues this late refinement. It centres on a High Court judge tasked with determining the fate of young Jehovah’s Witness who resists life-saving surgery. A reflective, considered piece, it has some of the lyrical economy of Joyce's The Dead. Inspired by the language of legal papers – untouched by most literary writers since Bleak House – and the conflict between faith and rationalism, The Children Act might just be McEwan's most acute character study yet. To commemorate its publication, here are ten of his best quotes.

“At the back of my mind I had a sense of us sitting about waiting for some terrible event, and then I would remember that it had already happened.”

“Observing human variety can give pleasure, but so too can human sameness.”

“In a language as idiomatically stressed as English, opportunities for misreadings are bound to arise. By a mere backward movement of stress, a verb can become a noun, an act a thing. To refuse, to insist on saying no to what you believe is wrong, becomes at a stroke refuse, an insurmountable pile of garbage.”

“It was not generally realized that what children mostly want is to be left alone.”

“Wasn’t writing a kind of soaring, an achievable form of flight, off fancy, of the imagination?”

“Henry liked to put to himself when he was a schoolboy: what are the chances of this particular fish, from that shoal, off that continental shelf ending up in the pages of this copy of the Daily Mirror? Something just short of infinity to one. Similarly, the grains of sand on a beach, arranged just so. The random ordering of the world, the unimaginable odds against any particular condition, still please him. Even as a child, and especially after Aberfan, he never believed in fate or providence, or the future being made by someone in the sky. Instead, at every instant, a trillion trillion possible futures; the pickiness of pure chance and physical laws seemed like freedom from the scheming of a gloomy god.”

“This is how the entire course of a life can be changed: by doing nothing.”

“I hate comic novels; it’s like being wrestled to the ground and being tickled, being forced to laugh.”

In conversation at the Hay Festival (2008)

“... he felt unusually warm toward humankind. He even thought that it could warm to him. Everyone, all of us, individually facing oblivion as a matter of course, and no one complaining much. As a species, not the best imaginable, but certainly the best, no, the most interesting there was.”

"Work got written out of the modern novel. In late-20th-century fiction there are too many figures whose work is never quite clear. Yet work is where most of us will spend most of our lives."

Interview with The Guardian (2014)