Henley Regatta 2019: Everything you need to know

The annual boating and high-society spectacular that is the Henley Royal Regatta back with a splash. If you haven't already experienced it, there's no time like the present... 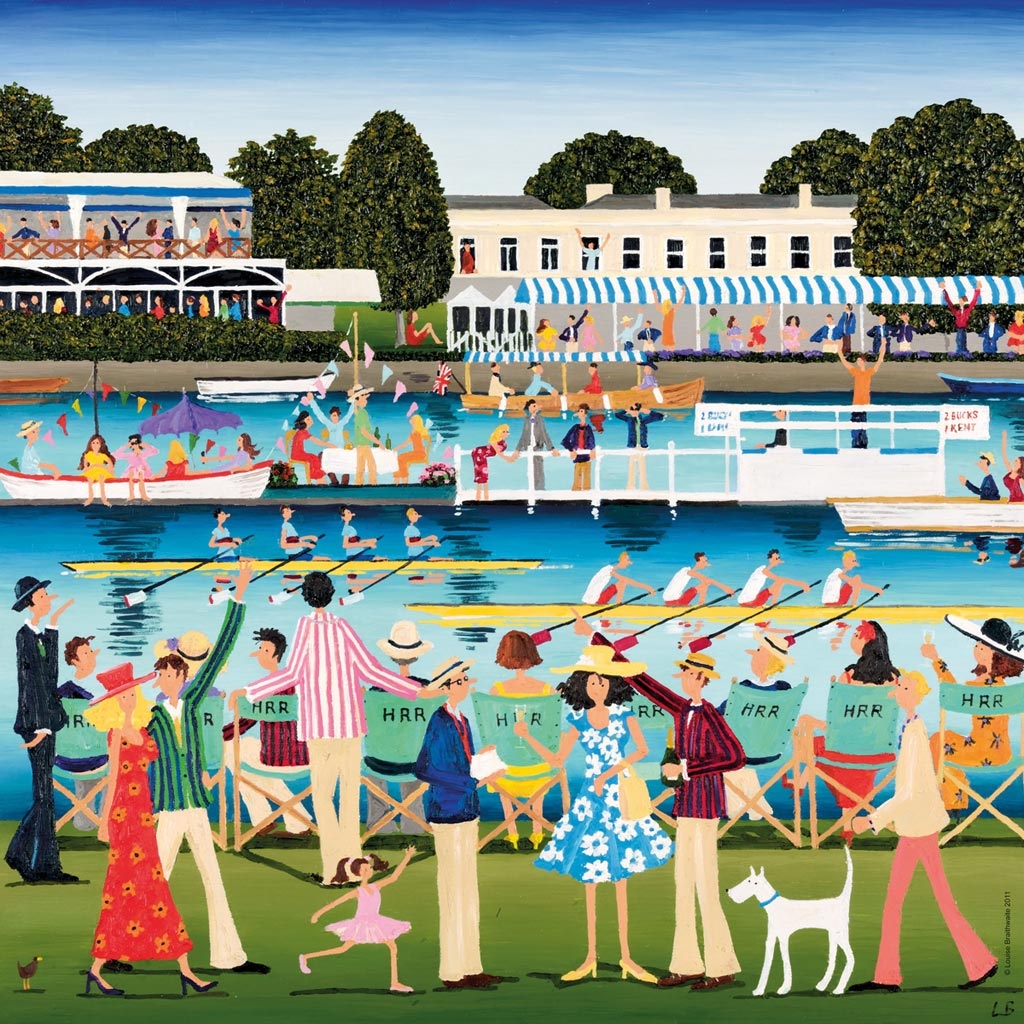 Henley Regatta 2016: Everything you need to know
‘There is nothing – absolutely nothing – half so much worth doing as simply messing about in boats,’ according to Ratty in The Wind in the Willows,

Wise words for a talking vole… And at the annual Henley Royal Regatta, which runs from Wednesday 3 to Sunday 7 July, like-minded boating enthusiasts spend a good five days messing about both in and around boats, and seem to have a pretty wonderful time on and off the water. So what do you need to know in order to get the most out of summer’s most genteel sporting affair? We give you the run-down of Henley etiquette, with top tips on what not to miss and perhaps more importantly, what to avoid…

The Regatta itself
Henley Royal Regatta is the world’s most famous event dedicated to rowing, held on the River Thames or – more precisely – by the exceptionally pretty and idyllic town of Henley-on-Thames, since 1839. Every year, thousands of visitors flock to this charming setting for five days (Wednesday 3 — Sunday 7 July) of over 200 international-standard races along a route slightly longer than the Olympic/World Cup length of 2k.

Though many visitors do obviously take the rowing very, very seriously (racing runs from 8.30am to 7.30pm daily), there is plenty going on for revellers who are more attracted by the jolly boating weather atmosphere and it would be fair to say that Henley is just as much about high-society schmoozing in exclusive enclosures with mortgage-priced picnics, as it is about world-class sport.

How to wangle your way in
You can just rock up in Henley to lap up the races and countless parties put on to coincide with the event, or you can try to gain access and buy tickets to a particular spectating enclosure for the day. There are several enclosures open for race- (and people-) watching – the most exclusive including The Stewards’ Enclosure, the Leander enclosure, Phyllis Court, and Remenham Club.

The former two are the Regatta’s most well-known areas, with tickets for the Leander being nigh impossible to get your hands on, unless you’re a member of the esteemed club yourself. Stewards is for the people who run the regatta (to become a steward you must have raced at Henley or rowed for a minimum number of years, but it is possible to get hold of tickets for a guest if you have a connection) and is popular for its location on the finish line and its delightful green HRR deck chairs. Oh and it's popular with Olympians, the location of the prize-giving and small enough to really feel special.

As for the latter two, for Remenham you have to have been rowing for a Remenham club for ten or so years before you can become a member and bring guests in, while Phyllis is a rather more corporate, considerably-less-revered affair. The stringent dress code rules (see below) technically apply for all of the above enclosures, but Remenham boasts a much more relaxed, family feel and for Phyllis, well anything goes really. 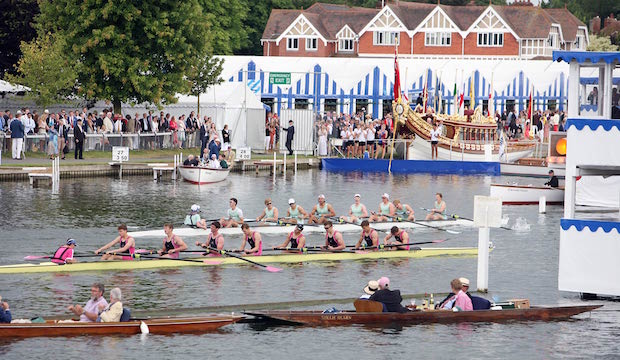 Be wary of the Henley Regatta dress code
As Henley takes place relatively early in the British summer, the weather can be varied but the traditional dress code is quite the opposite.Unwavering rules on appropriate apparel are rigidly enforced in certain enclosures (Be warned, ladies: you will be asked to kneel down to prove your outfit’s long enough if they suspect you’re a possible knee-flasher…).

- For the strictest enclosures, gentlemen are required to wear lounge suits, jackets or blazers with flannels (designer blazers are frowned upon, plain navy is best), and a tie or cravat. If sporting a boater, these must be genuinely acquired from a school rowing team or rowing club – no impostors! Ladies must wear dresses or skirts (as demure as possible) with a hemline below the knee. No divided skirts, culottes or trousers of any kind – suffice to say shorts or jeans in the Stewards’ Enclosure is a no-go. And if you know what’s good for you, under no circumstances don fishnets. It is also customary, though not compulsory, for ladies to wear hats.

- Everywhere else, attitudes are a little more lax. Just remember to avoid cream or light-coloured shoes for fear of the mud, or heels (the grass is never firm enough) – If you simply must give yourself some extra height, opt for wedges. Flip flops are also not advisable, unless you fancy getting stuck to the floor. Wear patterned and loose-fitting garments in case of unsightly, sweaty scenarios – and don’t think you’ll be immune to the sweat, this can be one crowded and muggy regatta. Wellies are allowed in wet weather (although not in the Stewards’ Enclosure)

Insider Tips: Henley Regatta guide
- If you’re genuinely interested and not just a fair-weather rowing fan, Regatta radio is the one to listen to for racing chat.
- Last time we checked there was no Tabasco behind the bars so best to give up attempts early at getting a decent Bloody Mary.
- Mile and 1/8th restaurant is the best in the Stewards.
- For live music and a social hub, The Angel on the Bridge is just the ticket.
- Avoid the Mahiki tent unless you're specifically seeking a Made in Chelsea experience...
- The secret is to know a rower, even if you can only manage just the one. They will help you work out who is racing and they might have spare tickets for the enclosures on the day.Sometimes guests don't show and tickets go spare for knocked-down prices. And If you do want to get into an enclosure, we’d recommend the Remenham – smaller, more relaxed, and at about 2/3rds of the way up the race course, an exciting spot to be at.
- If all else fails, try the imaginatively titled ‘ Rowing Blazers ’ book. Perfect if you’re going to the regatta and wouldn’t mind knowing what on earth everyone is talking about.