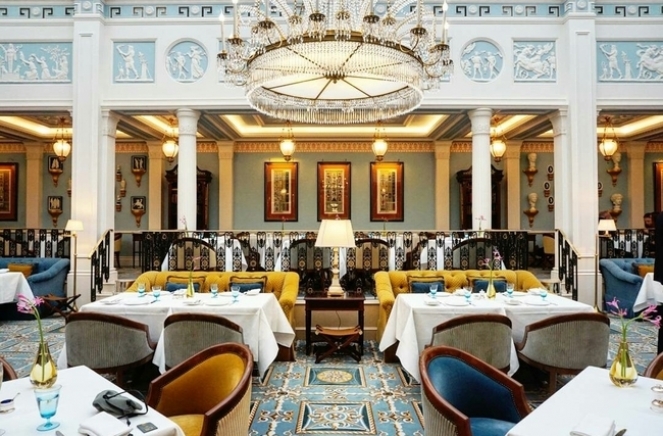 Celeste at The Lanesborough has been awarded a Michelin star
The 2017 edition of the Michelin Guide UK has unveiled the restaurants awarded Michelin stars for their efforts this year in the kitchen.

For some, like London's oldest Indian restaurant Veeraswamy, Michelin approval takes decades. But for others, like Hackney's Ellory, the wait has been mere months.

Michelin stars are awarded to restaurants whose offering is deemed to be world class. And current big name holders of Michelin stars in London include the eponymous Restaurant Gordon Ramsay, Dinner by Heston Blumenthal and Le Gavroche in Mayfair.

The restaurants awarded with stars for the first time in 2017 were The Five Fields in Chelsea, Céleste at The Lanesborough, Ellory in Hackney, The Ninth in Fitzrovia and Adam Byatt's Trinity in Clapham.

Restaurants offering high quality food in less pricey and more accessible environments are awarded Bib Gourmands - and 15 new names made the 2017 list. Celebrating high quality without the formality, winners of this award are often located in modern food hubs, like Hackney and Soho. Winners this year included Hopper's, Paradise Garage, Vico and Legs in Hackney.