The loveliest gardens to visit near London

From English country gardens to glorious outdoor sculpture parks, these are the loveliest green spaces to visit now that summer is here 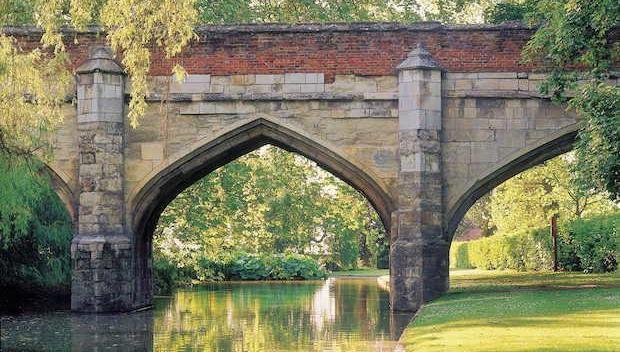 Fancy a daytrip? Here are the loveliest Gardens to visit near London
With summer upon us, we've rounded up our favourite sun-drenched spots for the best impromptu day trips out of London. From English country gardens to glorious outdoor sculpture parks, these are the loveliest green spaces to visit. Heading west... 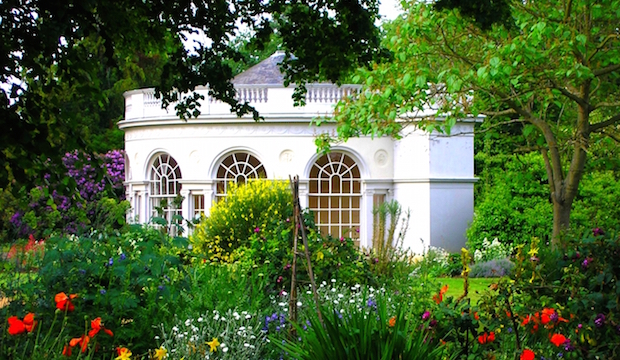 Just west of busy Hounslow, Osterley is one of the last surviving country estates in London designed by the 18th-century architect Robert Adam. Visitors can admire the architecturally stunning house, but the formal gardens, which were restored during a six-year project from an overgrown wilderness back to their 18th-century grandeur, are the real draw. We recommend a walk through the meadow that is teeming with butterflies and wild blooms, through the woodlands and towards Middle Lake. 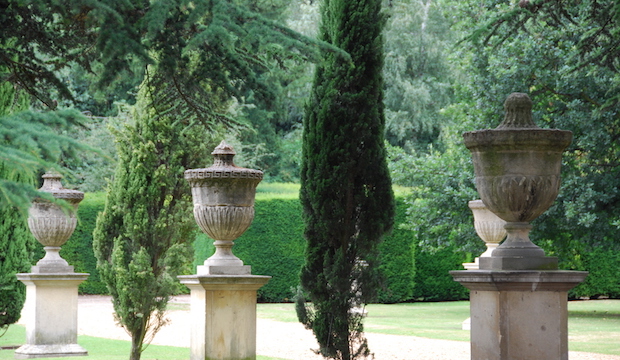 Another outstanding 18th-century home just outside of London is the third Earl of Burlington's Chiswick House, inspired by the Grand Tours of Italy enjoyed by the 18th-century aristocracy and the Roman-style Palladian villas there.

The gardens have always been among our favourites with their rich reference to the English Landscape Movement in the statues, vistas and garden buildings. New York frequenters might recognise some of the garden as the foundation for Central Park. Highlights include the fragrant rosary, 65 acres of dense woodland and the rare collection of blossoming camellias in the Conservatory – believed to be the oldest collection under glass in Europe. 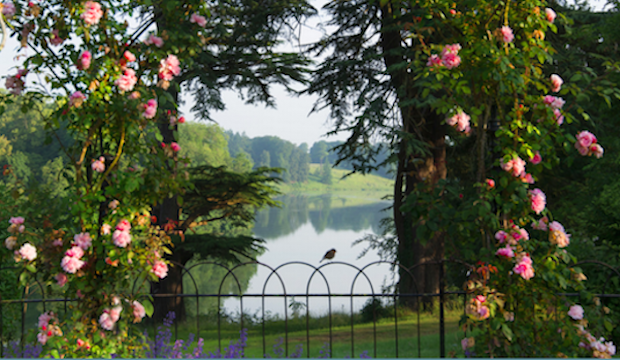 The current home of the 12th Duke of Marlborough plus wife Edla and children George, Araminta and Caspar, is the birthplace of Winston Churchill. Steeped in history, the 2,000 acres of parkland and formal gardens are breathtaking.

Particular highlights include spectacular Water Terraces, the fragrant Rose Garden and Secret Garden hidden away in the east of the South Lawn. Kids will love the miniature train, maze and Butterfly House, while adults will be spellbound by the serenity of the palace and its gardens. 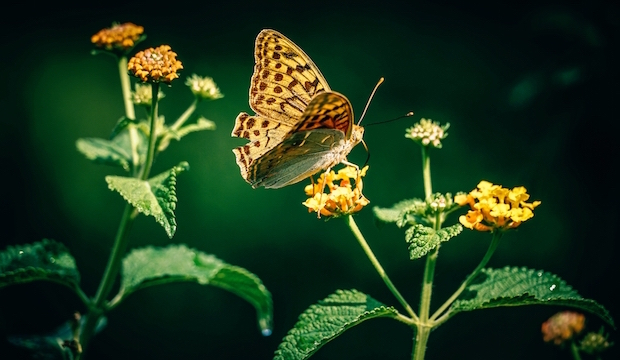 If you're keen to keep things London based, make a beeline for the Garden Museum, which chronicles our age-old love affair with gardens and gardening. Set in the beautifully restored ancient church of St Mary’s-at-Lambeth, the museum is one of London’s hidden gems. With its extensive range of exhibitions and educational activities for professionals, amateurs and green-fingered little ones, the Garden Museum is a lovely spot for a family day out. It also boasts the best museum restaurant in London – tuck into a three-course seasonal menu overlooking the foliage. 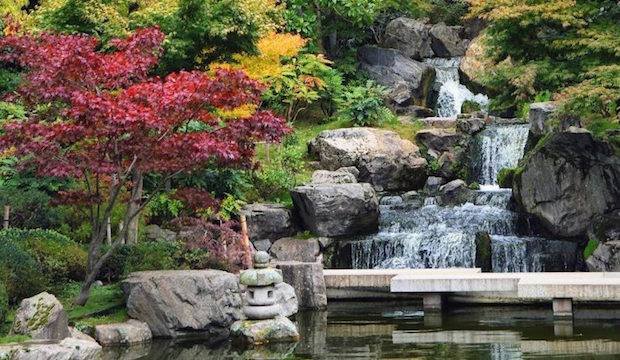 Nestled in the centre of Kensington & Chelsea lies the quaint, magical Kyoto Garden of Holland Park. Modelled on the traditional gardens of Japan, a gently cascading rock waterfall flows, golden koi carp swim happily in the lake and colourful trees encircle the perfectly manicured grass. Small stone bridges allow you to walk up and down the length of the lake and stand close enough to the waterfall to feel the droplets.

The Kyoto Garden was donated to Holland Park by the Chamber of Commerce of Kyoto (alongside the Japan festival held in London in 1992), and was designed by a well-known Japanese designer meaning it is a true ode to the ancient gardens of Japan.

A favourite for weddings, garden parties or simply to stroll around in, the Kyoto gardens are a must-visit this summer for busy Londoners who need a quiet place to relax. 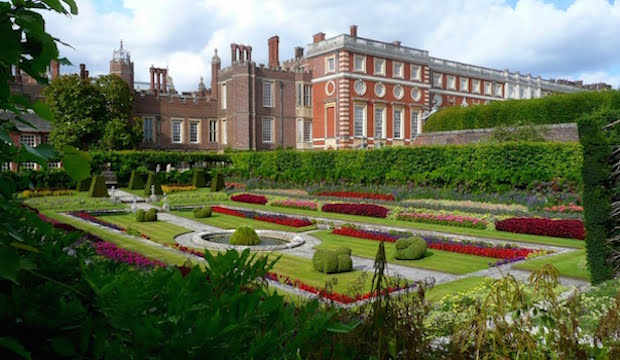 Henry VIII's old stomping ground south of the River Thames is surrounded by 60 acres of luscious formal gardens filled with flowering bulbs and sparkling fountains. Don't miss the world's longest grapevine which still produces an annual crop of sweet black grapes which can be bought in the palace shops in early autumn, and the winding paths of the towering Hampton Court Palace Maze.

The gardens are designed for flowering interest year round, but our favourites could be July and August's colourful bedding plants. And even in the depths of December, it's the perfect spot for a blustery winter walk. 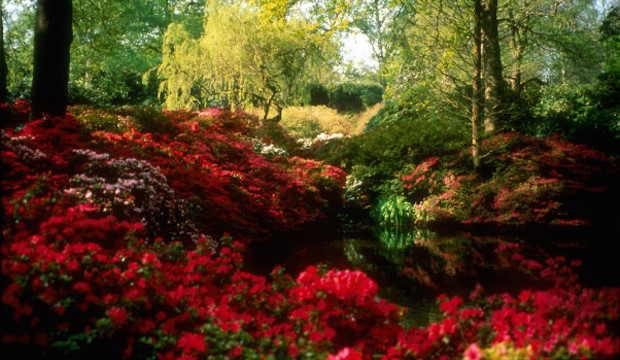 In the suburbs of southwest London is the largest of the eight Royal Parks in the city, Richmond Park. In the 17th century it was Charles I's original hunting ground, now it is perhaps the most exclusive property destination in town.

Nowadays, you'll find plenty of fallow and red deer leaping across the sleepy roads while visitors enjoy the tall grasses and dense woodland, but we recommend heading straight to the Isabella Plantation. There, a heady concoction of rhododendrons and azaleas, caramel-coloured oaks, beeches and sweet chestnut trees surrounding tumbling streams and open clearings make for the perfect picnic destination.

The Isabella Plantation is beautiful at all times of the year, and open from dawn until dusk. Access for disabled people can be organised with prior booking. 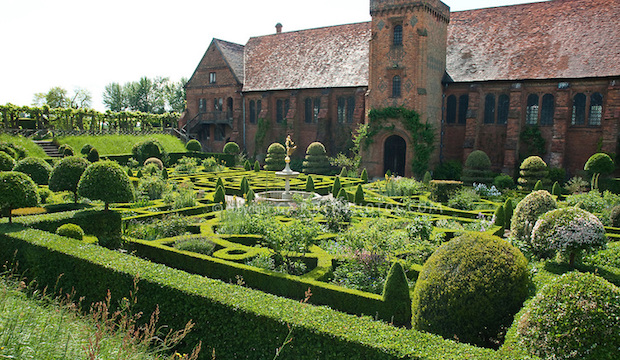 Hatfield House is another of Henry VIII's palaces, where a young Queen Elizabeth I spent her childhood.

The current 7th Marquess and Marchioness of Salisbury have recently renovated the gardens of this Jacobean palace; highlights include The Sundial Garden, commissioned to mark the palace's 400th anniversary, the multiple orchards and fountains dotted around the estate, and the recently commissioned Renaissance water sculpture designed by Angela Conner, one of Britain's most high-profile sculptors.

Perhaps the most fascinating thing about these gardens is that they were used to test the first British tanks known as 'Mothers' in 1916. The garden trenches and crevices mimicking no man's land on the Western Front made the terrain the perfect secret training ground for tank operators. 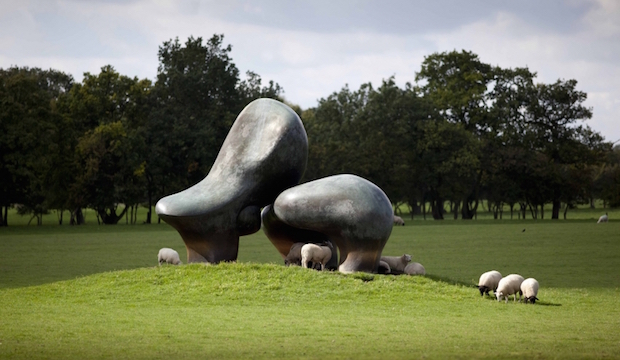 For any lovers of the famous British sculptor Henry Moore, a pilgrimage to his studio and home in the sleepy village of Perry Green in Hertfordshire is an absolute necessity. After browsing the stellar selection of works on display inside, visitors can wander among 20 spectacular sculptures in the 70 acres of forests and fields of the surrounding countryside. Given that Moore always wanted his work to be seen within a landscape, he would have greatly approved of this set-up. 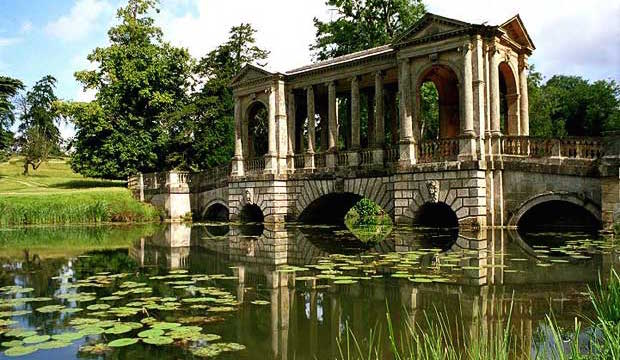 Unless you attended Stowe School, you'll be forgiven for not realising that there are also some heavenly National Trust gardens attached to the 18th-century buildings. Snaking paths, 40 temples and three rippling lakes stretch across this enormous English country garden. We recommend a particular visit to the Lamport 'secret' garden, which is currently being restored, for a quiet moment. 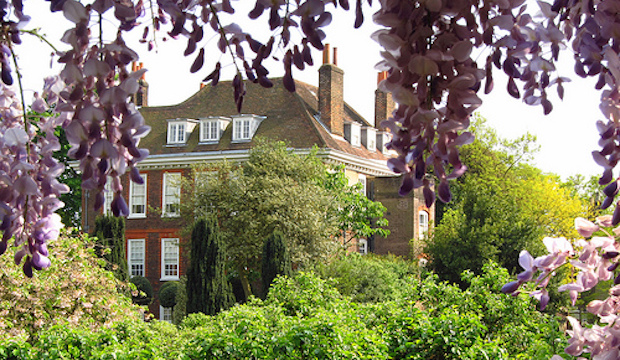 This 17th-century merchant's house is set in stunning walled gardens with sunken rose gardens and a working kitchen garden to explore.

Our favourite spot is the serene 300-year-old apple orchard where ripe fruit falls throughout the summer and a bee colony whose honey is available to buy in the house shop – closely followed by the rose garden. This year the gardener's summer favourites are Spanish Flag, which can be seen in the lawn border and throughout the garden, as well as popular dahlias 'David Howard' and 'Bishop of Llandaff'. Check your visit ahead of time and you might find a lunchtime or evening concert to enjoy as well. 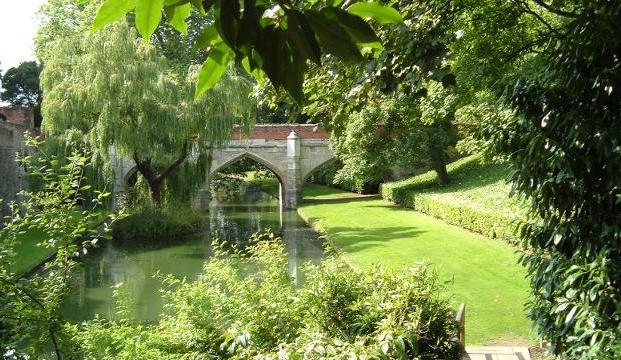 Southeast London's whimsical Eltham Palace reopened its doors a few years ago, but we are still enjoying exploring the 19 acres of beautiful gardens where London's oldest working drawbridge traverses a moat and curious sunken rose beds. Once you're there, take the time to admire the herbaceous border designed by award-winning garden designer Isabelle Van Groeningen and wander around the Rock Garden with its series of pools and cascades running down to the moat.

Eccentric millionaires Stephen and Virginia Courtauld transformed the medieval palace of Henry VIII's youth into a fashionable Art Deco showpiece in the 1930s with stunning results. Children will love the wooden outdoor play area and seasonal events such as medieval jousting and feasts.